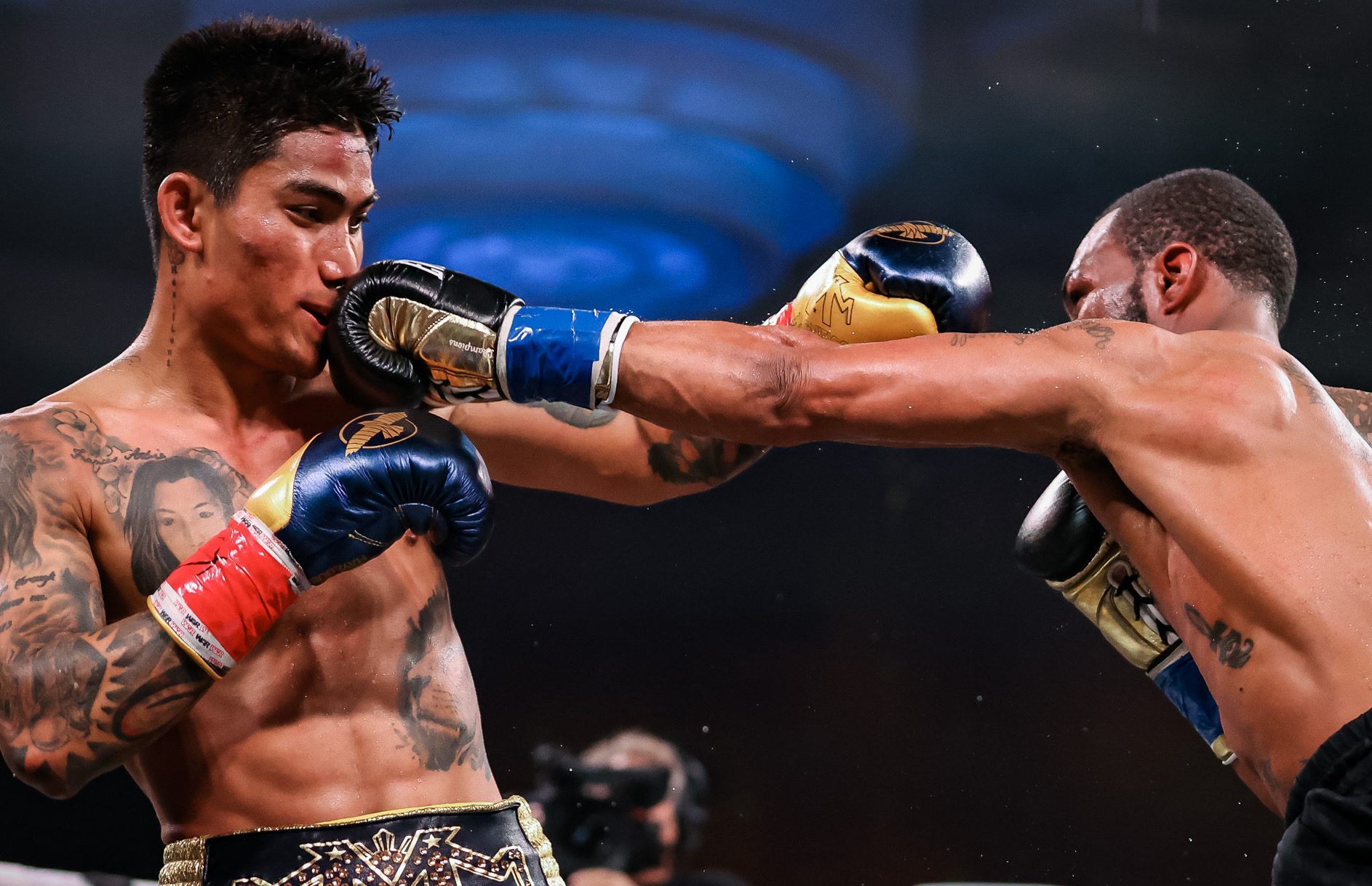 TITLEHOLDER. Mark Magsayo says he is open to fighting anybody now that he is the champion.

Mark Magsayo’s career path appears to be headed in this direction as the newly crowned World Boxing Council featherweight champion wants a unification with anyone among his counterparts from the other sanctioning bodies.

“I’m the champion, I can fight anybody now,” said Magsayo, with Gibbons by his side, during the post-fight interview.

According to Magsayo, he heeded the instructions of Roach from the opening bell and succeeded in stunning the highly favored American by taking the last three rounds through aggression and volume punching.

“Every round, coach (Roach) told me to punch, punch, focus, throw combinations, follow through, follow the game plan,” said Magsayo, a +300 underdog.

The ploy worked as Russell, who hurt his right arm in the fourth round, seemed to run out of gas and yielded the title he had held since 2015 to the unbeaten Magsayo (24-0, 16 knockouts).

“It feels like I’m in heaven,” said Magsayo, who thanked Pacquiao for supporting and encouraging him and Gibbons for giving him the opportunity to fight for the world title.

While dismissing Russell’s claim that he won the fight, Gibbons said he’s open to a rematch, although it’s unlikely to happen soon as the 33-year-old lefty fights but once a year, even longer.

Magsayo, who outpunched (543-323) and outhit Russell (150-69), also thanked his father and his wife, Frances, for providing him the inspiration to chase his dream of becoming a world champion since he was 8 years old.

Ever grateful, Magsayo said he’s going to buy his father a new house, most likely in their hometown of Tagbilaran City, Bohol, where many people watched the action live on giant screens.

Magsayo can afford it, as he reportedly was guaranteed $175,000 (around P8.9 million) plus a share of the pay-per-view sales. And he stands to earn more in his first title defense.