Pacquiao in light training with Fernandez, Neri in GenSan

CONDITIONING. Manny Pacquiao gears up for a potential blockbuster fight in June.

Facebook Twitter Copy URL
Copied
Nothing has changed as far as Manny Pacquiao's physical condition is concerned, according to his longtime trainers Buboy Fernandez and Nonoy Neri

There’s no official announcement yet but Manny Pacquiao is already putting in the work in General Santos City.

The eight-division world champion is whipping his body back into shape for a big fight supposedly reserved for June 5 in Abu Dhabi, United Arab Emirates.

Pacquiao has been doing light training on his own since February, when he hinted at returning to the ring after handing Keith Thurman his first loss on July 20, 2019.

This time, however, Pacquiao has summoned his local trainers headed by Buboy Fernandez and Nonoy Neri to help him prepare for the pay-per-view bout likely to be against unbeaten World Boxing Organization champion Terence Crawford.

Neri has been in GenSan since last week, supervising Pacquiao’s workouts which include jogging, hitting the heavy bag, and mitt sessions.

Owing to his duties as vice mayor of Polangui, Albay, Fernandez was only able to fly in on Monday.

According to Neri, nothing has changed as far as Pacquiao’s physical condition is concerned.

“He’s still fast and strong,” said Neri in Filipino. “And he will become even stronger and faster as training progresses.” 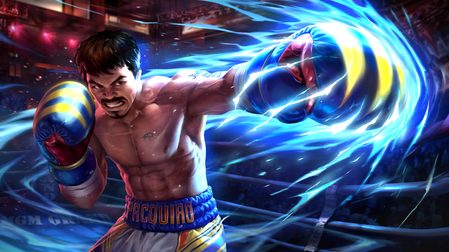 Neri believes Pacquiao is gearing up for a tight fight, especially if it’s really Crawford who gets the lucrative deal.

“It’s a good matchup and we have to prepare hard for this,” said Neri. The Senator (Pacquiao) must be in optimum form against Crawford.”

The 33-year-old Crawford (37-0, 28 knockouts) is tied up with Top Rank of Bob Arum, who asked that June 5 be cleared for the Nebraskan’s next fight.

Regarded as the dark horse in the race to fight Pacquiao is four-division world champion Mikey Garcia (40-1, 30 KOs)

Fernandez and Neri always take charge of the early phase of Pacquiao’s training with Freddie Roach and conditioning trainer Justin Fortune joining them before the middle of training camp.

The presence of Fernandez and Neri in GenSan is a clear sign of Pacquiao’s impending ring return. – Rappler.com