UNDECIDED. Manny Pacquiao is at a crossroads after losing to Yordenis Ugas.

Manny Pacquiao downplayed the reported squabble between his trainers Freddie Roach and Buboy Fernandez as he took the blame in his latest boxing loss to Cuban Yordenis Ugas.

In a report by Spin, Roach and Fernandez clashed heads over which tactic Pacquiao will follow, particularly in the Ugas bout where he challenged for the World Boxing Association super welterweight title.

Although it was Roach who was inside the corner of the Filipino boxing icon against Ugas, Fernandez was also heard on television barking instructions to Pacquiao.

The two also have contrasting opinions on whether Pacquiao should hang his legendary gloves.

While Roach feels Pacquiao should retire, Fernandez wants his childhood friend to bounce back and return to the ring.

“Wala naman akong nalalaman pagdating sa ganyan. Buo naman ‘yung team namin (I do not know anything about that. Our team is solid),” Pacquiao said in an edition of Rappler Talk on Monday, September 6, when asked about the tension between Roach and Fernandez. 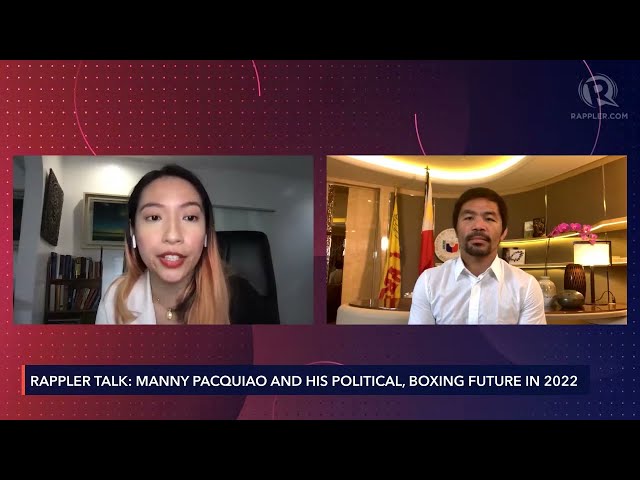 After a successful partnership that resulted in multiple world titles, Roach and Pacquiao briefly parted ways in 2018 ahead of his fight against Lucas Matthysse.

Fernandez took over as head coach in the Matthysse bout, which Pacquiao won via a seventh-round technical knockout for his first stoppage victory in nearly a decade.

Roach, though, eventually reunited with Pacquiao and coached him for his next fights against Adrian Broner, Keith Thurman, and Ugas.

“Hindi ko naman nakikita sa kanila. Nag-uusap naman kami ng buong team after ng fight. Wala namang problema,” Pacquiao said. (I do not feel the tension between them. The whole team even talked after the fight. There is no problem.)

However, there seems to be trouble brewing inside the Pacquiao camp as the Philippine Star reported that strength and conditioning coach Justin Fortune claimed he will never work with Roach again.

According to Fortune, Roach blamed him as Pacquiao complained of cramps against Ugas late in their 12-round affair.

But instead of pointing fingers, the 42-year-old Pacquiao accepted the responsibility for his loss.

“Sa akin na lang i-blame lahat, siguro sa sobrang passionate ko, na-overtrain ako. Tanggapin ko na lang. That is boxing,” Pacquiao said. (I take the blame for everything. Maybe because I am so passionate that I overtrained. I will accept it all. That is boxing.) – Rappler.com