Pinays out to prove might once again at historic ONE: Empower ALL SET. Denice Zamboanga looks to showcase her wares in one of the featured bouts of ONE:Empower.

It’s going to be a big night for Filipinas when ONE Championship returns to live action next month.

Pinays will be well represented when The Home Of Martial Arts stages the historic first all-women’s martial arts show, ONE: Empower, set for September 3 at the Singapore Indoor Stadium.

Top-ranked atomweight contender Denice “Lycan Queen” Zamboanga will be in one of the featured bouts that evening as she takes on fifth-ranked Seo “Arale Chan” Hee Ham in the quarterfinals of the ONE Women’s Atomweight World Grand Prix. 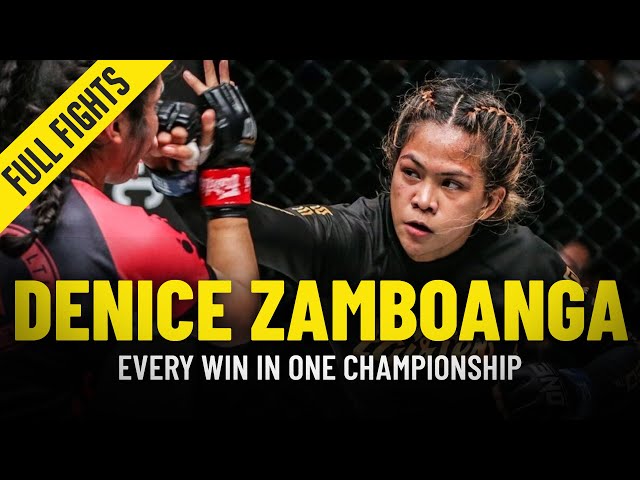 Also competing in the Grand Prix are other ranked contenders like No. 2 atomweight Meng Bo, who takes on Ritu “The Indian Tigress” Phogat of India, and the third- and fourth-ranked contenders in Alyona Rassohyna and Stamp Fairtex.

Rounding out the Grand Prix is a clash between two rising stars – Itsuki “Strong Heart Fighter” Hirata of Japan and Alyse “Lil’ Savage” Anderson of the US.

The winner of the tournament gets a shot at longtime ONE Atomweight World Champion “Unstoppable” Angela Lee, who’s raring to return to action after taking a maternity break.

Aside from Zamboanga, Filipina-American kickboxer Jackie Buntan will also be in action as she takes on Argentina’s Daniela Lopez in a three-round Muay Thai bout in the ONE Super Series women’s strawweight division.

Buntan has yet to lose a match in the promotion’s all-striking division, scoring wins over Wondergirl Fairtex and Ekaterina “Barbie” Vanderyeva. A win here for the California-based striker will certainly draw her closer to the vacant ONE Women’s Strawweight Muay Thai World Title.

Another Filipina who could join them on that stage is Team Lakay’s Jenelyn Olsim, who will look to earn a spot in the World Grand Prix by means of an alternate bout against Grace “Thai Kitten” Cleveland.

In order to do that, Olsim must first overcome Bi “Killer Bee” Nguyen in her atomweight debut at the previously recorded ONE: Battleground III, which airs on August 27. – Rappler.com

Catch ONE: Battleground III on August 27 at 8:30 pm on One Sports and One Sports+. It will air simultaneously at the ONE Super App.