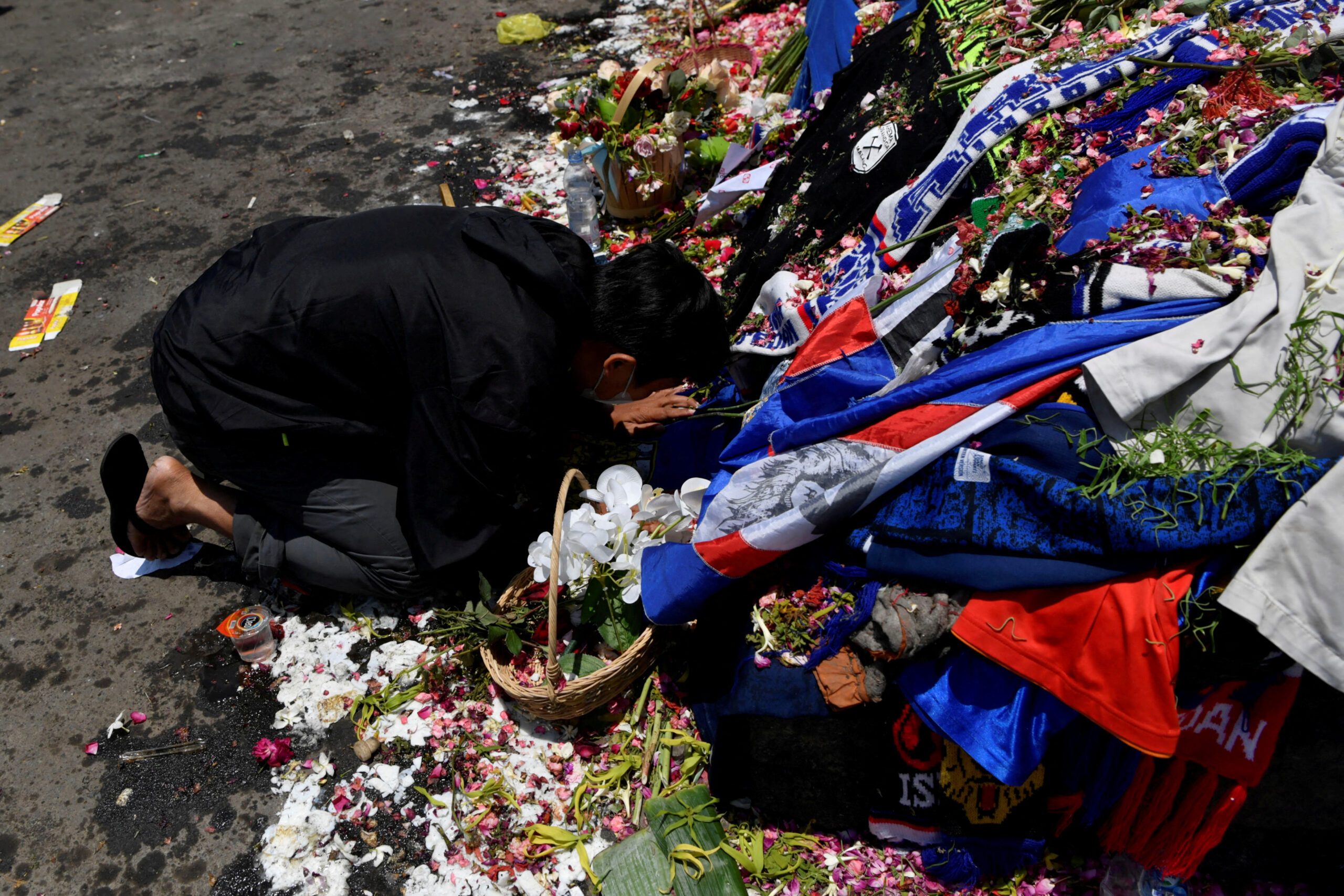 TRAGEDY. A man offers prayers at the Lion Statue of Kanjuruhan Stadium where a deadly riot and stampede followed a soccer match.

JAKARTA, Indonesia – A fact-finding team tasked with investigating a deadly soccer stampede in Indonesia has concluded that tear gas was the main cause of death in one of the world’s worst stadium disasters, the country’s security minister said on Friday, October 14.

The team, which included government officials, soccer and security experts, has been investigating how more than 130 people died in a crush after a match at Kanjuruhan stadium in East Java on October 1.

Coordinating Security Minister Mahfud MD said a separate team was still investigating the toxicity of the gas used, but that whatever the result, it could not “diminish the conclusion that the massive (number of) deaths was mainly caused by tear gas.”

The fact-finding team found the police personnel on duty had no knowledge of the prohibition of tear gas at soccer matches. The tear gas had been fired “indiscriminately” and the officers had employed “excessive” measures, it said.

The police have sought to play down their role in the tragedy, emphasizing that narrow doors in the over-capacity stadium, exacerbated the crush.

The police and military are investigating dozens of their officers in relation with the incident.

The investigators concluded that the PSSI had been negligent by ignoring regulations and called for the resignation of its chairman and executive committee.

It added that match organizer PT Liga Indonesia Baru had also been negligent.

Mahfud said the findings, detailed in a 124-page list of recommendations, had been handed to the president.

Earlier this week the PSSI announced that it had formed a joint task force with FIFA in a bid to improve crowd control and safety measures. The rare intervention by the sport’s governing body comes as Indonesia is due to host the FIFA under-20 World Cup next year. 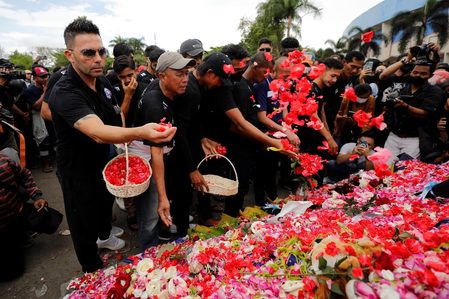