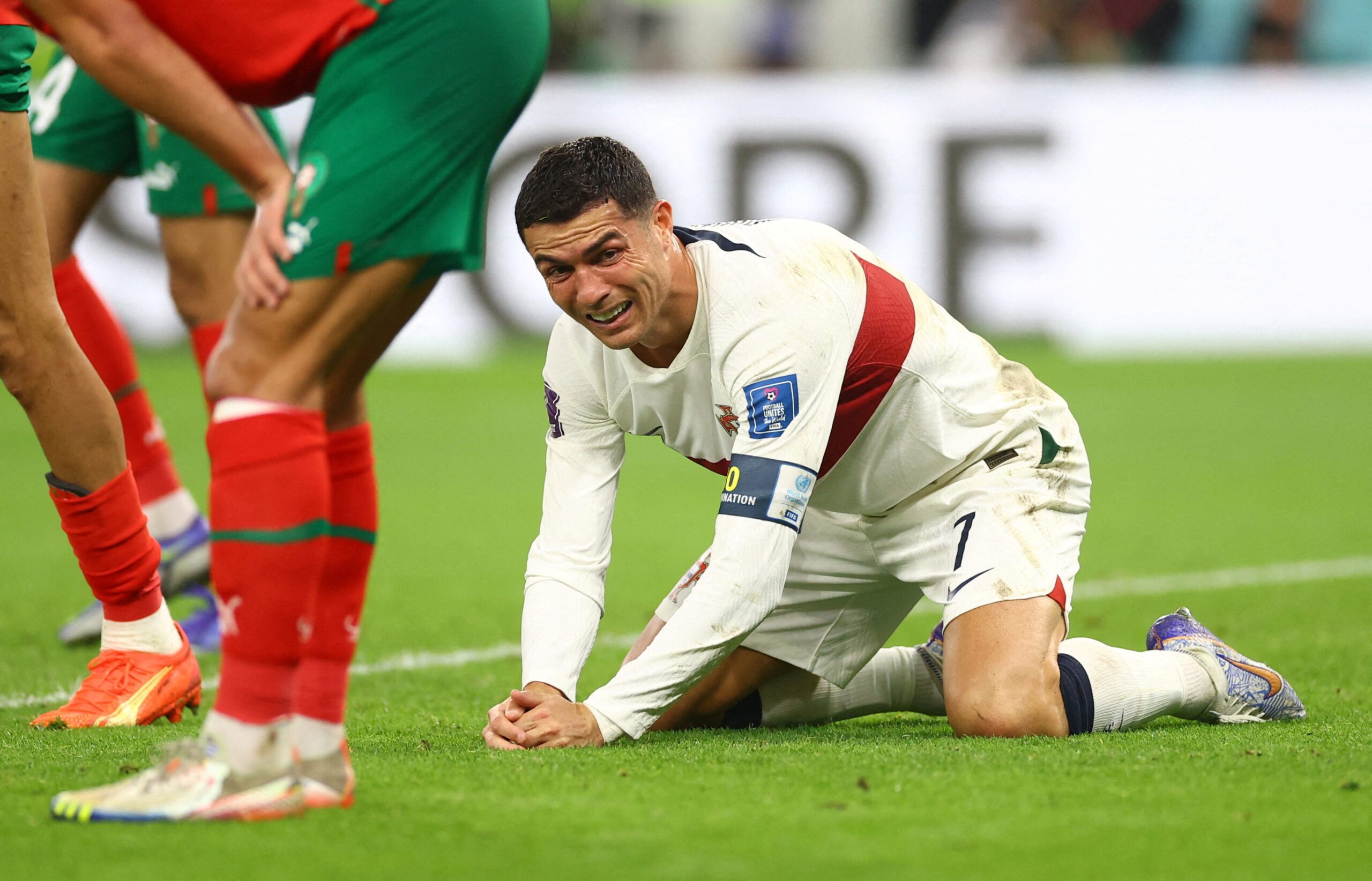 HEARTBROKEN. A devastated Cristiano Ronaldo and Portugal exit in the quarterfinals.

DOHA, Qatar – Cristiano Ronaldo running to the tunnel in tears and as desolate as the football world has ever seen him will be the lasting image for Portugal fans looking back on the World Cup in Qatar.

Ronaldo, a five-times Ballon D’Or winner, arrived with a mission to prove he could still make a difference. He ended the tournament, however, as a bench player and had no impact as a substitute in his team’s 1-0 quarterfinal loss to Morocco.

It was another tale of hope turned to disappointment, controversy and under-achievement on the biggest stage for Ronaldo, who was playing his fifth World Cup and hoping it would set him up for new opportunities after his departure from Manchester United.

Portugal has been used to having Ronaldo as the center of attention.

He is one of the greatest forwards of all time, a figure so big he has raised the bar and lifted the standard of the sport in his country.

Ironically, in a Portugal team full of standout players, Ronaldo fell victim to the abundance of options that coach Fernando Santos had at his disposal.

Portugal’s all-time leading scorer with 118 goals in 195 appearances, Ronaldo was benched for Tuesday’s 6-1 win over Switzerland and the 21-year-old Goncalo Ramos netted a hat-trick in only his fourth game for his country.

He stayed on the bench against Morocco and left the tournament as the face of a new international debacle for his country.

His coach and teammates denied that Ronaldo’s disputes with Manchester United just before the World Cup caused a distraction in the changing room, but it is hard to believe that his explosive TV interview had no impact on the squad.

Coach Santos said after the Morocco loss that he does not regret leaving Ronaldo on the bench and repeatedly explained that his decisions were tactical, raising questions about whether Ronaldo’s brilliant career is nearing a bitter end.

Before the World Cup, Ronaldo refused to say that the tournament in Qatar would be his last and he was already looking ahead to the 2024 European Championship.

The 37-year-old is unlikely to retire yet but it remains to be seen where his future lies, with Spanish and English media reporting that he is closing on a move to Saudi Arabian side Al Nassr on a contract worth a staggering 173 million pounds ($211.65 million) per year.

Santos also denied that he was stepping down from his job, saying he will talk to the Portuguese FA president about his future.

With or without Ronaldo, Portugal’s future at least looks bright as they have a strong generation of talent with a good mixture of youngsters like Ramos and Joao Felix and outstanding players in their prime such as Bruno Fernandes and Bernardo Silva. – Rappler.com