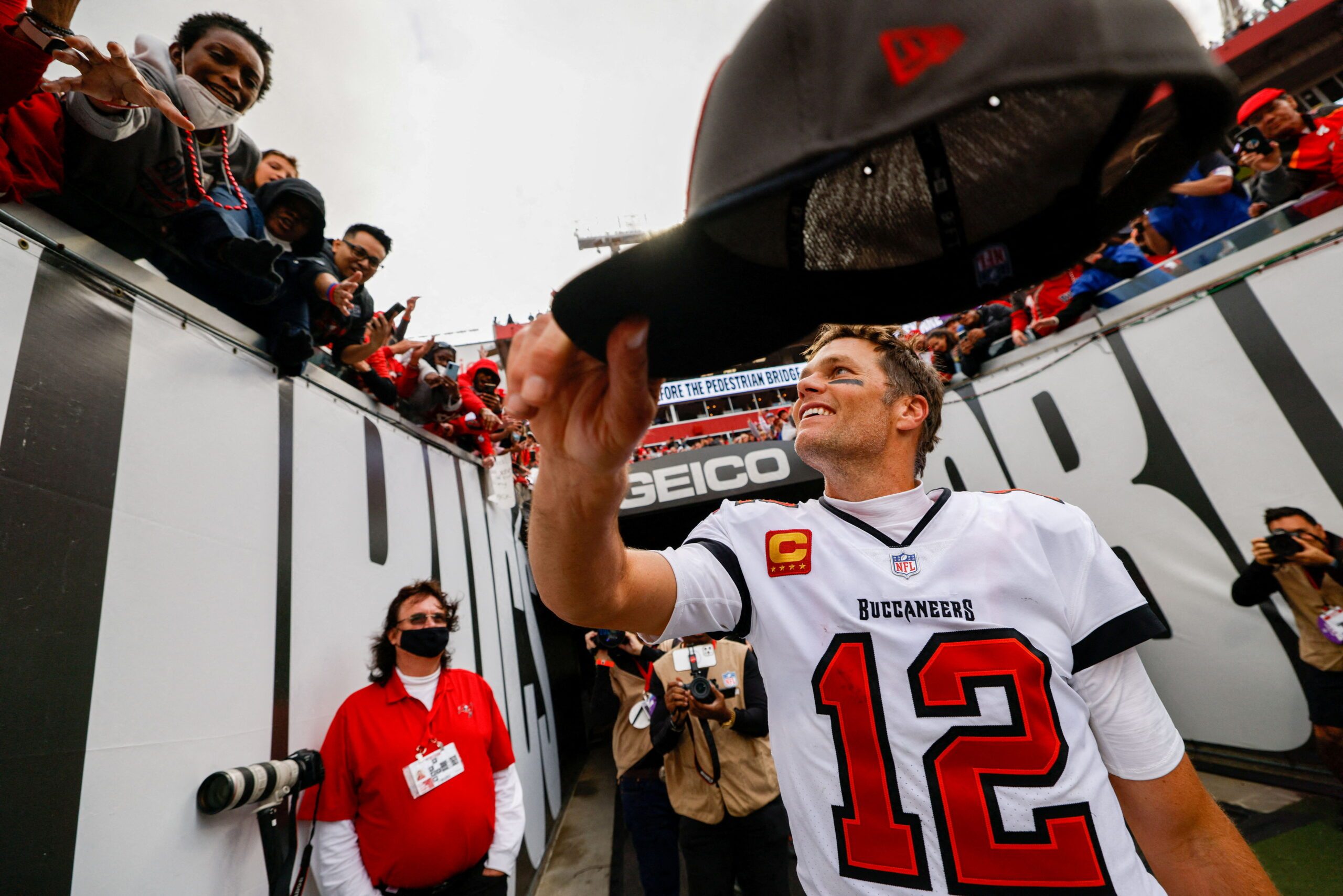 COMEBACK. Tom Brady will play another year for the Buccaneers, a team he led to a Super Bowl title in just his first season with the team.

Facebook Twitter Copy URL
Copied
'These past two months I've realized my place is still on the field and not in the stands,' says Tom Brady just six weeks after announcing his NFL retirement

Brady, who had established himself as one of the greatest players in league history, stunned the sporting world with the unexpected about face.

“These past two months I’ve realized my place is still on the field and not in the stands,” said Brady on his official Twitter account. “That time will come. But it’s not now. I love my teammates, and I love my supportive family.”

“They make it all possible. I’m coming back for my 23rd season in Tampa. Unfinished business LFG.”

Shortly after Brady made his announcement the Buccaneers reacted with their own message on Twitter: “He’s baaackkkk,” the team said with a video of the quarterback taking the field.

The NFL echoed that sentiment, tweeting a photo of a smiling Brady with the caption “He’s back.”

Tampa head coach Bruce Arians said he was “ecstatic” about the development.

“As Tom said, his place right now is on the football field,” Arians said. “He is still playing at a championship level and was as productive as anyone in the league last season.”

Perhaps Brady was inspired to make a comeback after watching another sporting great, Cristiano Ronaldo, score a hat trick in Manchester United’s 3-2 Premier League win on Saturday over Tottenham Hotspur at Old Trafford.

Brady walked onto the pitch to greet 37-year-old Ronaldo after the match, and a day later, announced his return to the gridiron.

The 44-year-old Brady spent 20 seasons with the New England Patriots, winning six Super Bowls, before moving to Tampa Bay and leading the Bucs to a championship in his first season with the team.

Brady’s decision to retire on February 1 was not unexpected but came after the future Hall of Famer had enjoyed one of the best seasons of his long career.

Last season, Brady was a top contender for what would have been a fourth Most Valuable Player award after leading the NFL in touchdown passes and passing yards.

News of his un-retirement had an immediate impact on sports books.

The Bucs are now favored to win the NFC next season and Brady is tied for third with Buffalo quarterback Josh Allen to win the MVP award, according to Caesars Sportsbook.

Brady’s return will bring a quick end to the Buccaneers’ search for a starting quarterback.

Tampa was rumored to be interested in acquiring Houston Texans quarterback Deshaun Watson or Russell Wilson, who was traded from the Seattle Seahawks to the Denver Broncos last week.

A lightly regarded prospect coming out of college, Brady was the 199th pick in the 2000 NFL Draft but made the most of his chance when it finally came and turned around the fortunes of the Patriots franchise.

At the start of the 2001 campaign, Brady was a then-unknown backup but took over the starting role in the second game of the season after starter Drew Bledsoe went down with an injury and he never relinquished the role.

Brady led the Patriots to an 11-3 record that season, which culminated with an upset win over of the St. Louis Rams in the Super Bowl where he was named the game’s MVP, beginning one of the greatest dynasties across any sport. – Rappler.com

Achieve sportswear goals through affordable choices on Lazada. Use these promo codes for lower prices!