BANNED. The Siquijor Mystics can no longer see action in the VisMin Super Cup.

Facebook Twitter Copy URL
Copied
'We are in the process of investigation, and seriously looking into the allegations of wrongdoing,' says GAB chairman Baham Mitra

The Games and Amusements Board (GAB) has suspended the Mindanao leg of the Chooks-to-Go VisMin Super Cup, and has put the league up “for reevaluation” on Sunday, April 18.

“We are in the process of investigation, and seriously looking into the allegations of wrongdoing,” said GAB chairman Baham Mitra. “The board would like to further observe the ongoing Visayas leg before giving a go signal for the other.”

The Visayas leg, rocked by the controversial Wednesday game between the now-expelled Siquijor Mystics and the ARQ-Builders Lapu Lapu Heroes, had just wrapped up its first week of competition.

“In the meantime, GAB is reviewing the official reports of its field officers in the bubble, and that of the league to determine the administrative liability of the licensees as well as the possibility of proceeding with criminal charges if warranted by the circumstances,” Mitra continued. 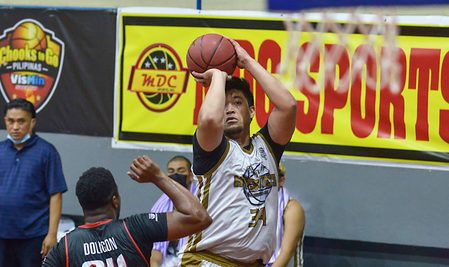 For now, only the Visayas leg is allowed to move on as scheduled under close observation from GAB.

“Our mandate is to ensure the integrity of professional sports and welfare of players, and we’re doing just that,” Mitra said.

Games and Amusements Board