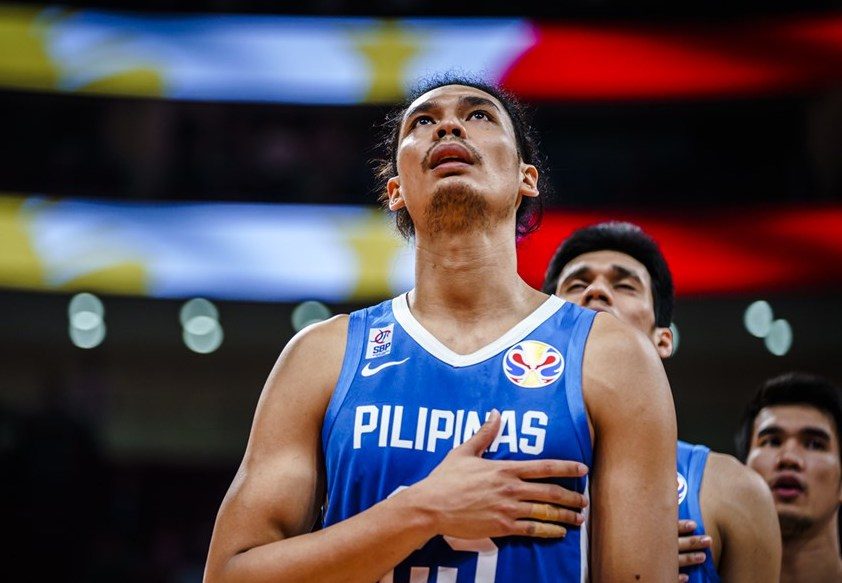 Aguilar still made the 13-man squad for the Lebanon clash in the fourth window of the FIBA World Cup Asian Qualifiers despite recently being sidelined due to a positive coronavirus result.

The high-flying forward missed almost an entire week of practice before he joined the national team in training on Sunday, August 21, after being cleared of COVID-19.

“Truth to tell, coach Chot and the other coaches really want him in the lineup,” Barrios said in a mix of Filipino and English during the Philippine Sportswriters Association online forum on Monday.

“I talked to him in practice yesterday, he said he is okay. He did some light shooting and he watched the practice and scrimmage intently.”

Aguilar is the longest tenured member of this version of the national team as he represented the country in the 2014 and 2019 FIBA World Cup.

Aside from his experience, Aguilar provides the Nationals length, athleticism, and shot-blocking as he remains one of the most prolific Filipino rim defenders at 35 years old.

The 6-foot-9 forward is coming off one of his best conferences in the PBA, averaging 17.1 points, 8 rebounds, and a league-leading 2.6 blocks in the Philippine Cup.

“It is a huge development to have him on board because coach Chot and the coaching staff really like him,” Barrios said. “Of course, particularly Tim Cone because he is a player of Tim Cone.”

Gilas Pilipinas will fly Tuesday midnight to Beirut for its August 25 battle against Lebanon. – Rappler.com