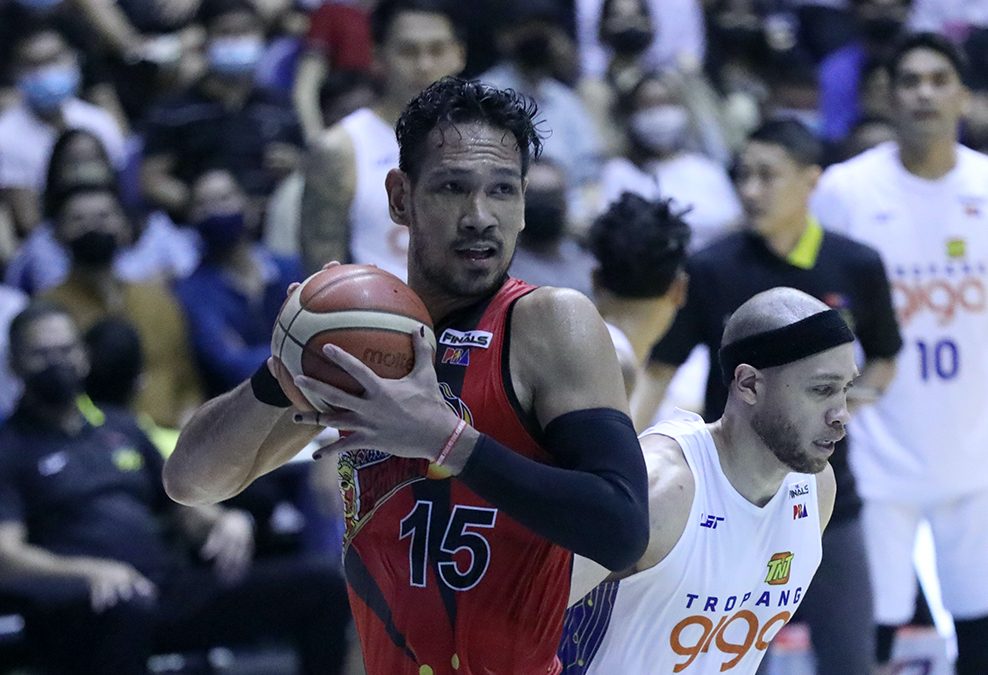 KRAKEN RULES. Back in tiptop shape, June Mar Fajardo proves he remains the best player in the PBA.

Two-time PBA scoring champion CJ Perez of San Miguel also made it on the Gilas wish list for the next World Cup qualifiers in November, where the Philippines will play Jordan and Saudi Arabia in away games.

The development came as the Samahang Basketbol ng Pilipinas (SBP) and Gilas Pilipinas coach Chot Reyes reached an agreement with the management of champion squads San Miguel Beer, Barangay Ginebra, and TNT on the availability of their players for the national pool.

The PBA stars will be joined by available players from the Japan B. League and other standouts from the UAAP and the national training pool.

Fajardo, a six-time PBA MVP, suited up for the country as early as the 2013 FIBA Asia Championship when the Philippines qualified for the World Cup for the first time in 40 years. The 6-foot-10 center had played in the sport’s biggest event twice, the latest in the 2019 edition in China.

Thompson, the reigning PBA MVP, was a member of the gold-winning Gilas team coached by Tim Cone in the 2019 Southeast Asian Games in Manila. The Gin Kings star made his way back to the national program when he played in the fourth window of the World Cup qualifiers last August.

Perez just won his first PBA championship with the Beermen and his scoring prowess will be much-needed by the Philippine squad. The 6-foot-2 former Lyceum stalwart was also a member of the Philippine 3×3 team that won the gold medal in the 2019 SEA Games.

Aguilar has been a consistent fixture in the national team program as early as 2008 when Smart Gilas was formed. He was already included in the squad then coached by Rajko Toroman.

Prior to becoming a collegiate star and eventually becoming one of the promising cagers in the PBA, Tolentino used to play for the national youth team in the Asian Championships.

Pogoy and Erram had also seen action for the national team several times.

The SBP is set to announce the other members of the pool once their availability is confirmed. – Rappler.com