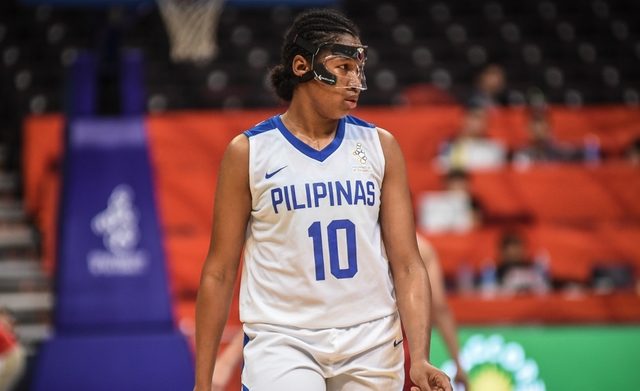 HEART AND PASSION. Jack Animam will continue to make Gilas Women one of her top priorities when given the chance to represent the country.

Facebook Twitter Copy URL
Copied
Gilas Women is bunched against China, Chinese Taipei, and Australia in Group B of the FIBA Asia Cup

Gilas Pilipinas Women star center Jack Animam is likely set to miss the FIBA Women’s Asia Cup from September 27 to October 3 in Amman, Jordan, after a historic professional signing with Radnički Kragujevac in the First Women’s Basketball League of Serbia.

Animam left the Philippines on Friday, August 27, after an emotional introductory press conference where she tearfully thanked her fans, coaches, and handlers who have supported her in her next career step.

On the same day as her departure, her Gilas teammates learned that they have a tough Asia Cup ahead of them, as they drew China, Chinese Taipei, and Australia in Group B.

In the 2019 edition of the continental tournament, China settled for silver after a 68-71 loss to eventual champion Japan in the finals, while Australia followed right up with a bronze finish. Both countries also reached the quarterfinals of the 2020 Tokyo Olympics.

Without Animam leading the way, Gilas Women head coach Pat Aquino, however, still has a handful of stalwarts ready to take the helm like Afril Bernardino, Clare Castro, Ria Nabalan, and Janine Pontejos, per a source.

Unless drastic changes happen, Animam will likely just cheer on her team from afar as her new contract is not bound to end until March 2022, and pandemic restrictions will make it hard for her to move around.

However, she made it clear in her last interview that her “heart and passion” is always with Gilas Women, and the program will always be a part of her top priorities. – Rappler.com