MANILA, Philippines – Lito “Thunder Kid” Adiwang is excited to see how 16 different fighters from all over the Philippines will compete for the US$100,000 contract to become his teammate in Team Lakay and compete under the ONE Championship banner.

Like many fight fans in the country, Adiwang is tuned into “ONE Warrior Series Philippines,” the newest reality show on Philippine TV.

There’s definitely a connection between Adiwang and the aspirants, as “Thunder Kid” was once like them – grinding each day, looking to get a shot at the big leagues before eventually getting a contract in the ONE main roster through “ONE Warrior Series.”

Adiwang’s OWS might be a tad different, as instead of a reality show where fighters go through various challenges, he had to compete in different cards before eventually getting a call-up to the main stage.

Differences in concepts aside, the goal remains the same for OWS – unearth new talents.

“The new OWS installment is making me happy and excited knowing that we have a lot of fresh and driven generation of athletes waiting for their opportunity to display their skills and grit,” Adiwang said.

“I am confident that with the OWS platform, we will see more Filipino athletes joining ONE.” 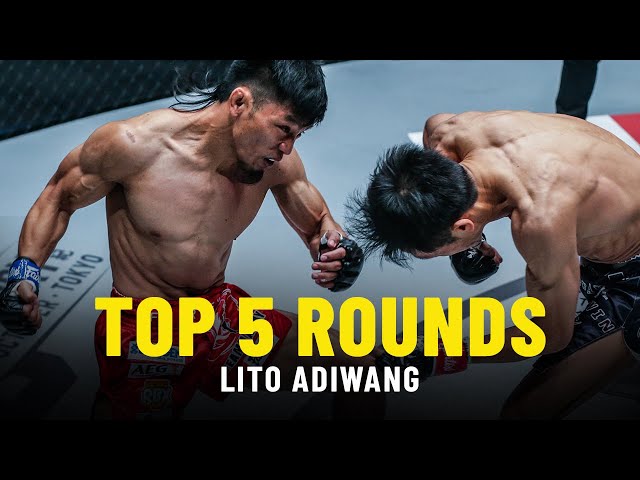 Adiwang’s path went through three cards as he had to beat Manuel Huerta, Alber Correia Da Silva, and Anthony Do before finally convincing showrunner Rich Franklin that he deserves a spot in the main roster.

By the time he got there, he made sure not to disappoint.

Adiwang debuted in Japan taking on hometown favorite Senzo Ikeda in a match where the Filipino won in the first round. Soon after, Adiwang became one of the most sought after fighters in the promotion.

That wouldn’t have happened if he did not go through the OWS path.

“Undergoing the whole process of OWS, experiencing and learning a lot from it served me a deeper connection with ONE,” he said.

“I started from ‘who is this Lito Adiwang?’ To who I am now in the MMA world. You know, when you started from zero, you will get to appreciate what you have now.”  – Rappler.com

“ONE Warrior Series Philippines” continues every Sunday night on GTV, the ONE Super App, and watch.onefc.com. Weekly replays will also air on Tap Go, ONE Championship Philippines Facebook, and ONE Championship’s official YouTube channel.