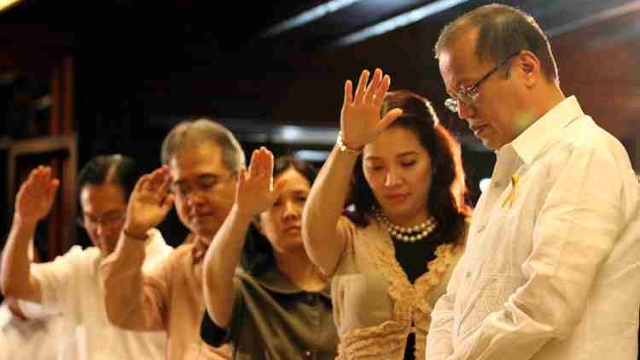 In an interview with ANC (ABS-CBN News Channel) aired on Wednesday, July 29, Cruz said the vice president can no longer expect support from the family.

(It is very clear that in this battle for next year’s elections, we really have parted ways. It is very, very clear that he is running and he disapproves of… There are many things he doesn’t like about this administration. I don’t think he’s expecting anything from the family.)

Binay has resigned from the Aquino Cabinet and, in his July 1 launch of his presidential bid, slammed the administration for being “lazy.”

Binay is close to the Aquino family. After the 1986 EDSA People Power Revolution, then President Corazon Aquino appointed the former human rights lawyer to become officer-in-charge of Makati City. The Binays then began their decades-long control of the country’ financial district, which was only interrupted by the recent suspension of his son Erwin Jejomar Binay.

“In 2010, nagugulat lang ako (I was just surprised) because up to the end we were ‘Noy-Mar’,” Abellada said.

It is one of the rare times that the sisters publicly and categorically denied their alleged endorsement of the “Noy-Bi” tandem pushed by some groups in 2010.

The President is expected to endorse on Friday, July 31, the presidential bid of Roxas, his party mate at the Liberal Party who is struggling with low survey ratings.

Roxas was all set to run for president in the 2010 election but later slid down to become Aquino’s running mate. The national mourning over the death of Aquino’s mother, the late democracy icon Corazon Aquino, inspired calls to make the son run for president.

The 2016 presidential race is looking to be a three-way battle between Binay, Roxas, and survey frontrunner Grace Poe. But key supporters of Davao City Mayor Rodrigo Duterte say that despite his denials, the mayor will also run for president.

The President had a series of meetings with Poe, which encouraged her supporters that Aquino might endorse Poe instead of Roxas because of their survey numbers. Poe said Aquino did not give her a categorical offer but felt the President wanted her to become the vice presidential candidate of Roxas. (READ: Grace Poe: I think Aquino wants me to be Mar’s VP) – Rappler.com