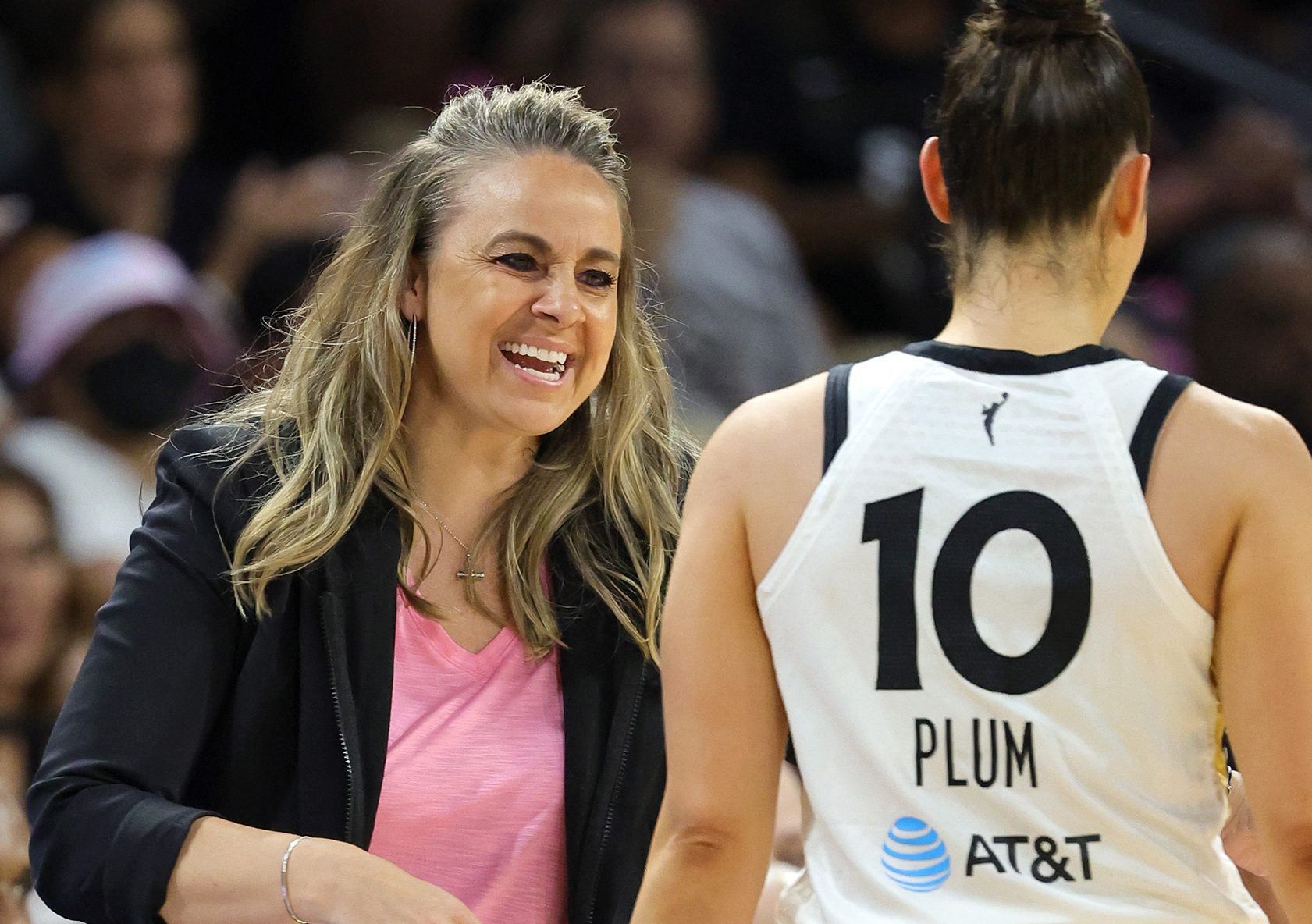 CALL THE SHOTS. Becky Hammon guides the Aces to the top seed in the WNBA playoffs.

Facebook Twitter Copy URL
Copied
Becky Hammon becomes the third former WNBA player to win the award, but the first to do so in her first season as head coach

The Las Vegas Aces’ Becky Hammon is the 2022 WNBA Coach of the Year.

She is the third former player to win the award, joining Sandy Brondello (2014) and Suzie McConnell-Serio (2004), but the first to do so in her first season as a head coach.

Hammon and the Aces will resume their quest for the franchise’s first championship when they host the Seattle Storm in Game 1 of a semifinal series on Sunday, August 28.

Hammon, 45, was an assistant coach with the NBA’s San Antonio Spurs from 2014-22 before being hired to replace Bill Laimbeer on the Las Vegas bench. – Rappler.com