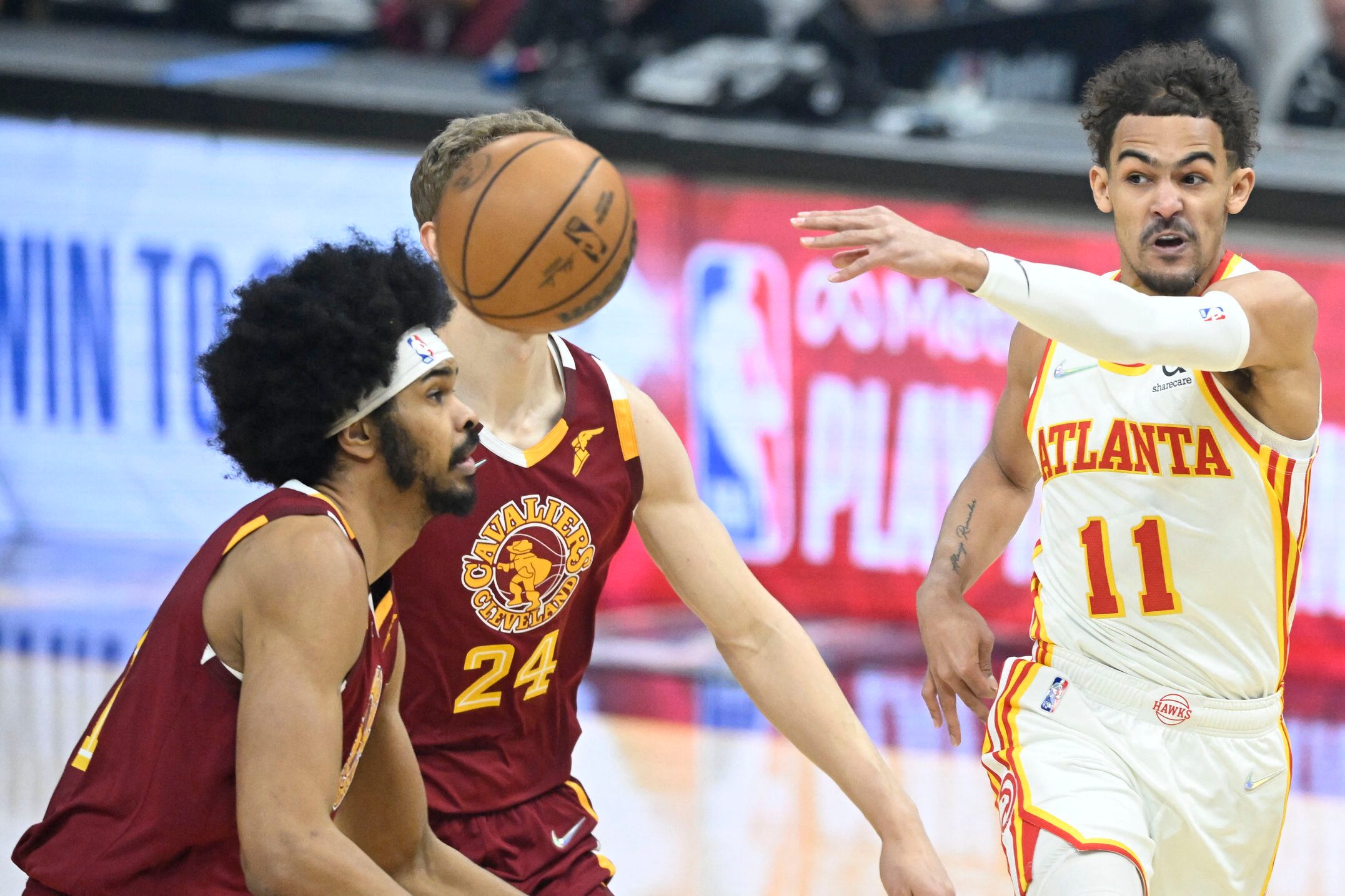 Facebook Twitter Copy URL
Copied
Trae Young and the Hawks dispatch the Cavs to arrange a playoff date with the No. 1 Miami Heat

All-Star guard Trae Young scored 32 of his game-high 38 points in the second half to spark the visiting Atlanta Hawks to a 107-101 victory over the Cleveland Cavaliers in the do-or-die play-in game Friday, April 15 (Saturday, April 16, Manila time).

Young, who led the NBA in total points and assists this season, had just 6 points in the first half.

Atlanta earned the eighth seed and will face the No. 1 Miami Heat in the first round of the Eastern Conference playoffs. Game 1 is Sunday in Miami.

The season is over for the Cavs, who lost seven of their last nine games to close the season.

The Hawks went on an 11-0 run in the fourth quarter to take command of the game.

Lauri Markkanen had a team-high 26 points for Cleveland, while Darius Garland had 21 points and 9 assists despite 9-for-27 shooting. Evan Mobley added 18 points and Caris LeVert scored 16.

Young’s three-pointer handed the Hawks their first lead in the game, 77-76, with 1:42 left in the third quarter.

Young had 16 points in the third quarter, as the teams were knotted at 84 apiece heading into the final period.

Jarrett Allen returned to the lineup for the Cavs after missing the last 19 games with a broken finger. He finished with 11 points.

Bogdanovic kept Atlanta afloat in the second quarter, as he fired in 10 of his team-high 14 first-half points.

Center Clint Capela grabbed Mobley around the neck, as officials checked for a flagrant foul with 30 seconds left in the first half. Mobley fell into Capela’s right knee, as the latter limped off the court with the help of two Hawks teammates and didn’t return.

Markkanen led all scorers with 17 points in the first half, as the Cavs opened up a 61-51 lead.

Young had just 6 points in the first period and didn’t score in the second quarter. He averaged 32.5 points in four games against Cleveland during the regular season.

Cleveland outscored the Hawks from the three-point line in the first half, 30-9.

The Cavs got off to a torrid start from the three-point line by making 6-of-7 to take a 26-14 lead with 4:05 left in the first quarter, with Cleveland eventually extending to 28-14.

Markkanen’s long-range shooting was the difference in the early going, as he made 3-of-4 three-pointers and had 11 points, as Cleveland led 36-25 after the opening quarter. – Rappler.com