Celtics ‘Big 3’ show up in comeback win over Thunder 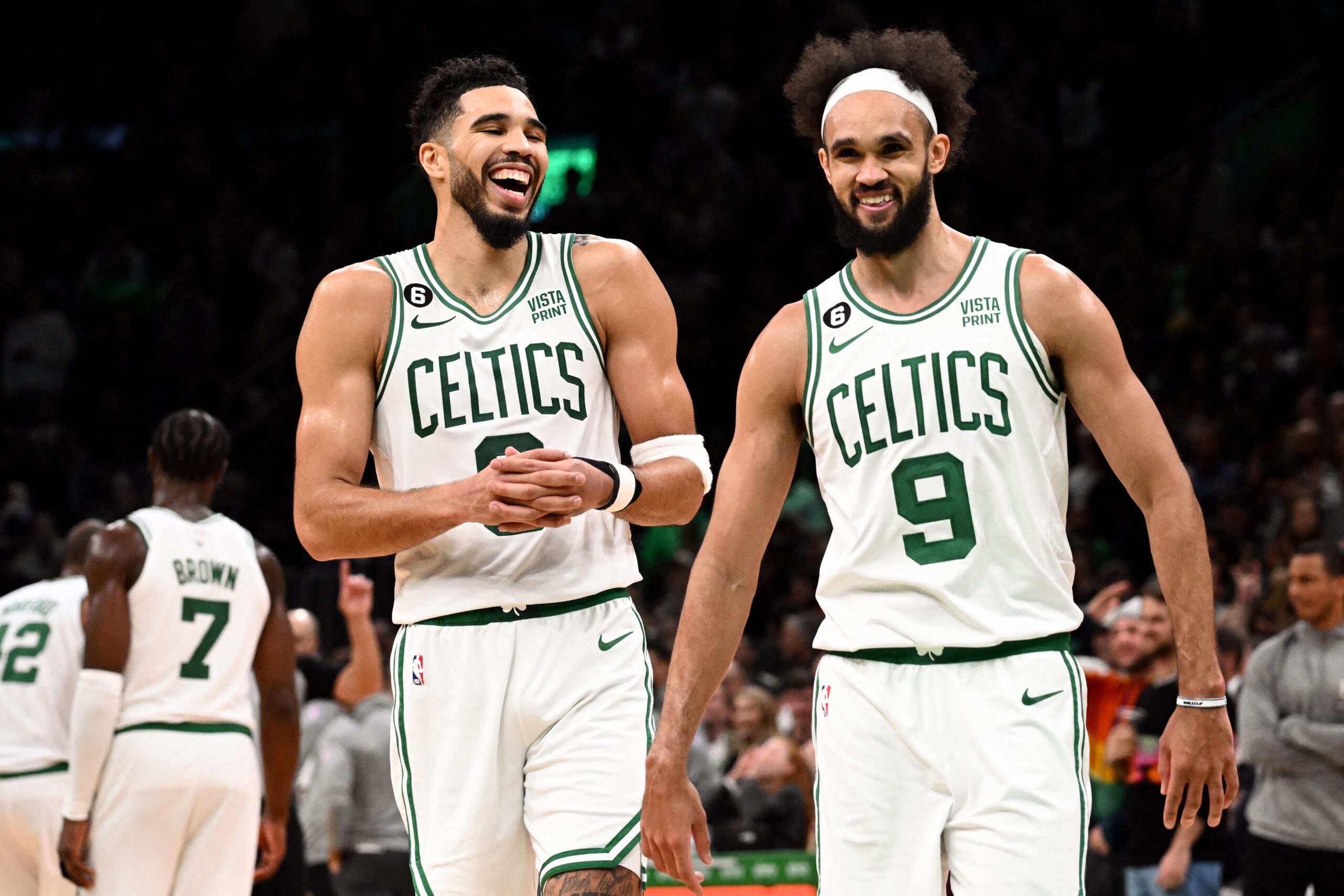 Facebook Twitter Copy URL
Copied
Off the strength of their top stars Jayson Tatum, Jaylen Brown, and Marcus Smart, the Boston Celtics come back from down 15 in the third quarter to edge the Oklahoma City Thunder

Jayson Tatum had 27 points, 10 rebounds, three steals and three blocks as the host Boston Celtics came from behind to earn a 126-122 win over the Oklahoma City Thunder on Monday (Tuesday, November 15, Manila time).

Jaylen Brown added 26, and Marcus Smart heated up in the fourth quarter to finish with 22 points, eight assists and five rebounds, helping the Celtics to their seventh straight win.

All five Thunder starters were in double figures, led by Shai Gilgeous-Alexander’s 37 points. Luguentz Dort had 21 with three 3-pointers, and Aleksej Pokusevski logged a double-double with 16 points and 14 rebounds.

The Thunder’s advantage reached 15 on a Jalen Williams drive at 4:33 of the third quarter, but the Celtics got within single digits with Pritchard’s five straight points to end the quarter. A steal and finish made it 96-89 entering the fourth.

Pritchard hit a wing 3-pointer in the first minute of the fourth, cutting the Thunder lead to 99-94. That was as close as the Celtics would get until Brown and Tatum went on an 8-0 run, with Tatum’s dunk tying the score at 107 with 5:59 left.

Neither team’s lead was more than two until a Tatum layup with 3:43 left. The Thunder cut into a pair of three-point deficits before Boston went on an 8-3 run that included White and Smart triples.

The same duo lifted Boston by five on two occasions, only to have Gilgeous-Alexander and Dort make it a one-possession game both times. Tatum put the game away with a foul shot.

OKC’s 69 first-half points were the most allowed by the Celtics this season. Gilgeous-Alexander scored 18 on 6-of-12 shooting before intermission, helping the Thunder build a nine-point lead with 12 in the first.

The Thunder shot 50 percent in the opening frame, but a Pritchard second-chance layup brought the hosts back within 35-32 at the buzzer.

Boston led by four early and went up 17-16 on Horford’s 3-pointer at 5:41, but the visitors led after Gilgeous-Alexander and Dort scored three apiece during an 8-0 run.

The Thunder led 69-62 at halftime and started 6-for-11 from the field in the third to help build a 12-point lead. – Rappler.com