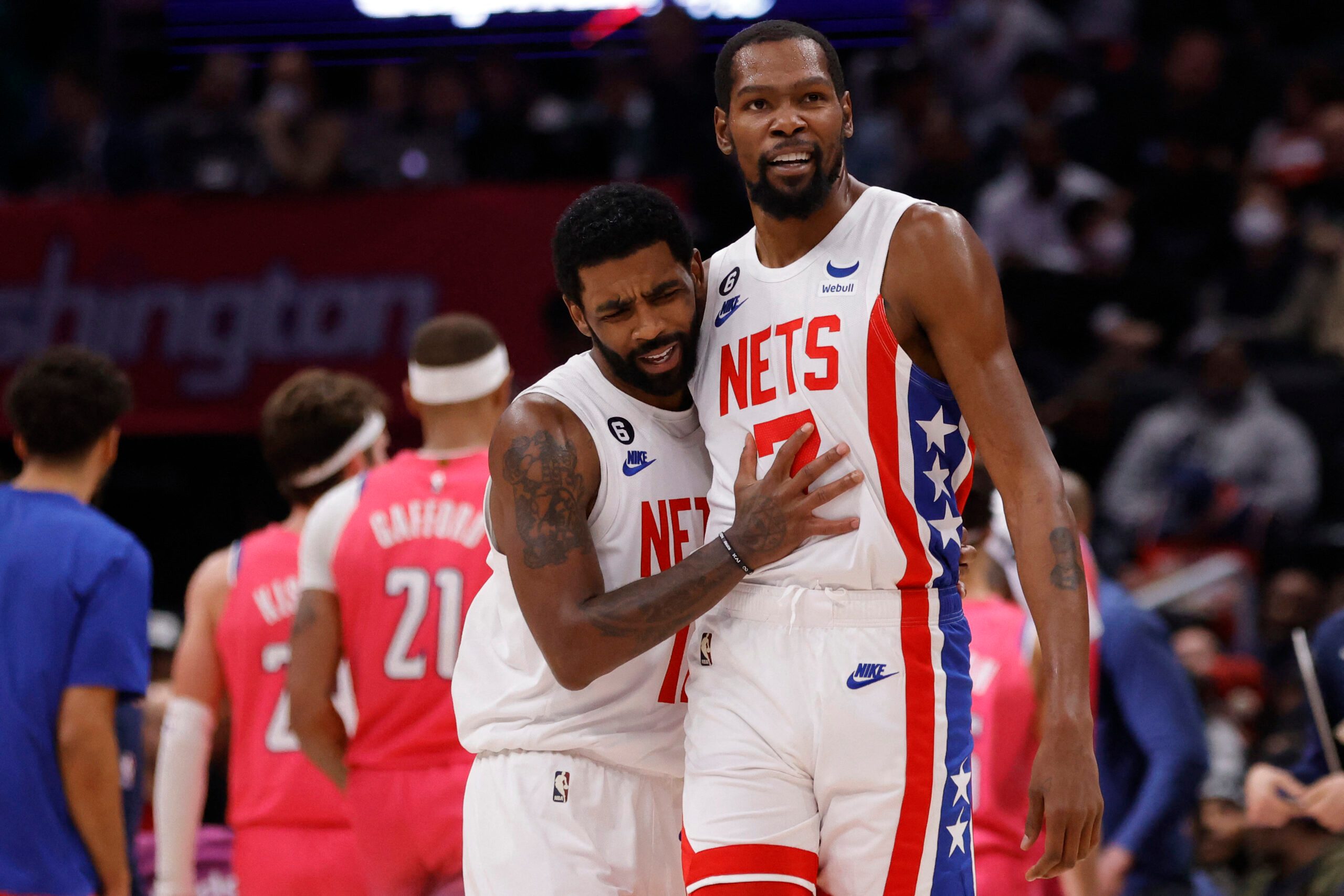 Irving added 24 points, including nine during a second-quarter run in which the Nets took the lead for good.

Warren finished with 12 points off the bench while starters Harris and Simmons had 11 points and 10 points, respectively. Claxton and Curry combined for 12 points.

Will Barton scored 22 points off the bench for the skidding Wizards, who have lost seven straight and 10 of 11.

Durant scored 13 points in the first quarter for the Nets, who led 29-25 at the end of the period before the teams traded runs in the second.

Irving responded with a four-point play to begin runs of 11-0 and 15-2 for the Nets, who went ahead for good on Irving’s three-point play with 6:30 remaining.

Kuzma and Barton hit 3-pointers to pull the Wizards within one before the Nets mounted an 11-3 run to take their biggest lead of the half at 62-53. Barton ended the quarter with a layup for Washington.

The Wizards got within four points twice early in the third before the Nets began pulling away. Warren’s jumper gave the visitors their biggest lead at 88-71 with 3:08 remaining. Washington got no closer than eight in the fourth, when Brooklyn led by as many as 16. – Rappler.com