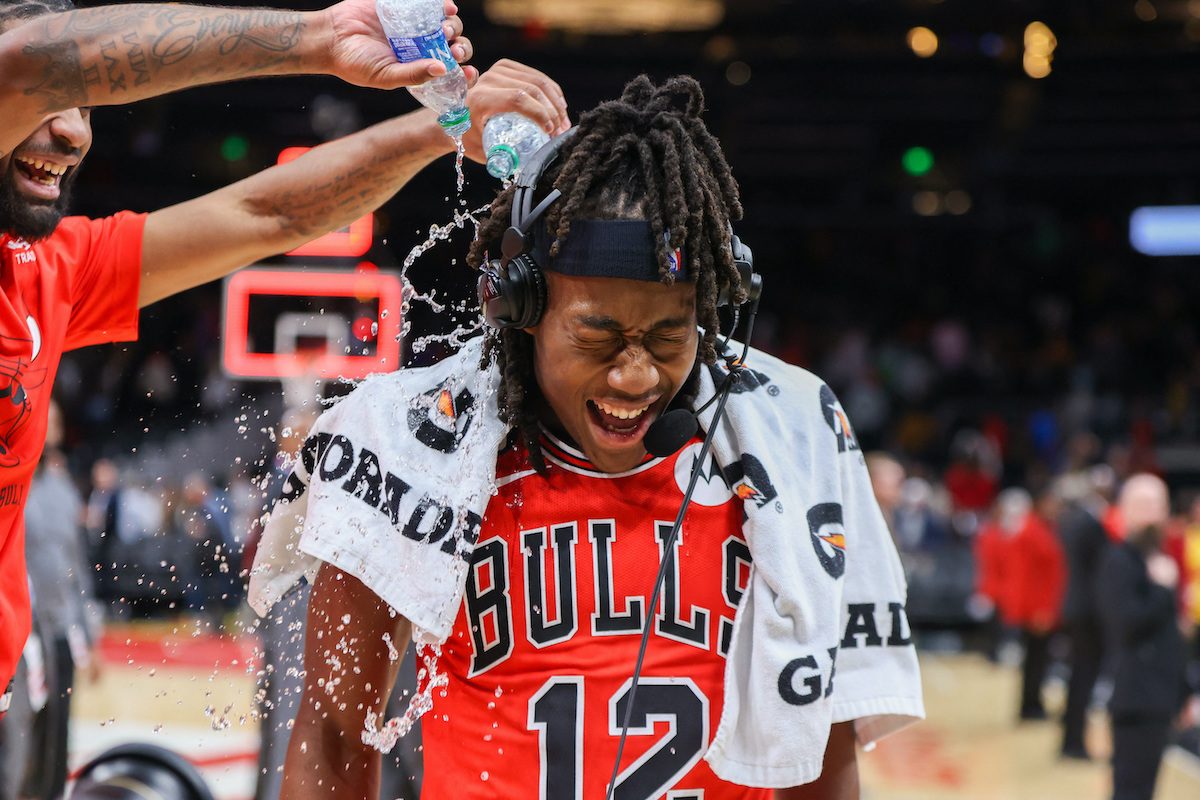 Ayo Dosunmu rebounded a missed shot and scored at the buzzer to give the visiting Chicago Bulls a 110-108 win over the Atlanta Hawks for their second straight victory on Wednesday, December 21 (Thursday, December 22, Manila time).

The game was tied 108-108 with four seconds left. DeMar DeRozan shot an airball, but Dosunmu fielded the rebound and stuck it back for the winning points.

Atlanta’s Trae Young scored 34 points, his third straight game with 30-plus points. He scored 29 first-half points and sunk 7 three-pointers for the game. The Hawks also got 18 points and 11 rebounds from Onyeka Okongwu, who tied the game with a basket with four seconds left. Dejounte Murray had 15 points and 10 assists.

The teams have split the first two meetings; the Hawks won the first game at the buzzer on December 11. They play again on January 23 in Chicago.

It was the second time the Bulls have swept both ends of a back-to-back after winning at Miami 113-103 on Tuesday.

Chicago led 30-25 after one quarter, despite Atlanta getting 16 points from Young. The Bulls led by as many as 18 points in the second quarter, but the Hawks cut the lead to 61-51 at halftime.

Chicago lost Alex Caruso with 2:29 left in the first half when he took a hard fall. Caruso was taken to the locker room and did not return because of a shoulder sprain. Earlier in the day he was questionable with an elbow sprain.

Atlanta chipped away at the lead in the third quarter and cut the Bulls’ lead to 81-77 going into the fourth. Atlanta took the lead on a three-pointer by AJ Griffin and upped the lead to 100-92 with five minutes left, but could not hold it.