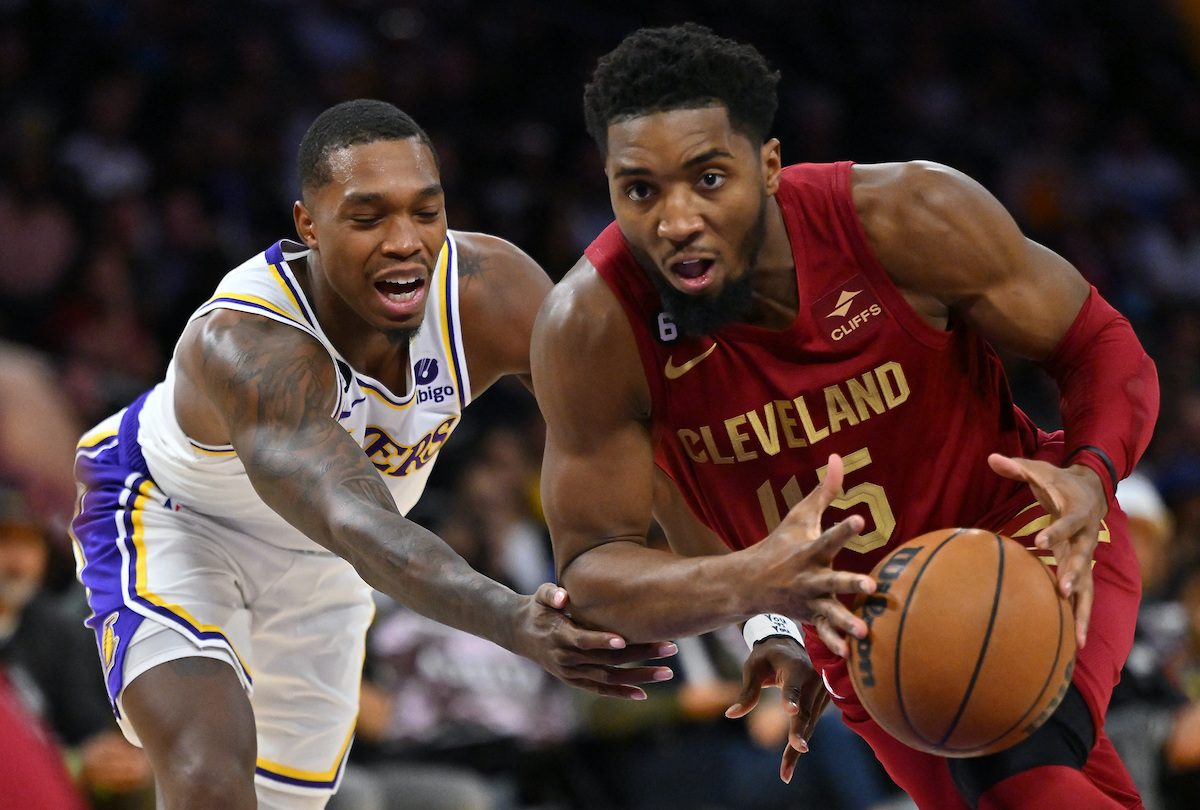 HOT STREAK. The Cavaliers have been on a tear since losing their season opener.

Behind 33 points from Donovan Mitchell and a dominant fourth quarter, the Cleveland Cavaliers scored their eighth consecutive win with a 114-100 defeat of the host Los Angeles Lakers on Sunday, November 6 (Monday, November 7, Manila time).

Cleveland trailed throughout the first half on the second installment of a five-game road swing. But after a sluggish start, the Cavaliers settled in and took control in the second half.

Los Angeles held an 80-77 lead with less than four minutes to go in the third quarter. Cedi Osman knocked down a game-tying three-pointer at the 3:28 mark and Cleveland never trailed again.

Mitchell’s backcourt mate, Darius Garland, added 24 points, while Jarrett Allen scored 16 with a team-high 11 rebounds for a double-double. The trio shot a combined 25-of-26 from the free throw line, with Mitchell’s 12-of-13 performance accounting for the sole miss.

The Lakers also shot 8-of-27 from three-point range. LeBron James, who was a combined 0-for-12 from beyond the arc in Los Angeles’ previous two games, finally connected on one Sunday but was just 1-for-4 from deep.

Anthony Davis added 19 points and grabbed a game-high 12 rebounds, while Russell Westbrook came off the bench to chip in 19 points and dish 10 assists. Westbrook shot 3-for-5 from three-point range.

Cleveland’s Kevin Love was responsible for the fourth different double-double of the day, posting 10 points and 10 rebounds off the bench. Osman added another 9 points in reserve duty as the Cavaliers continued their early-season roll. – Rappler.com