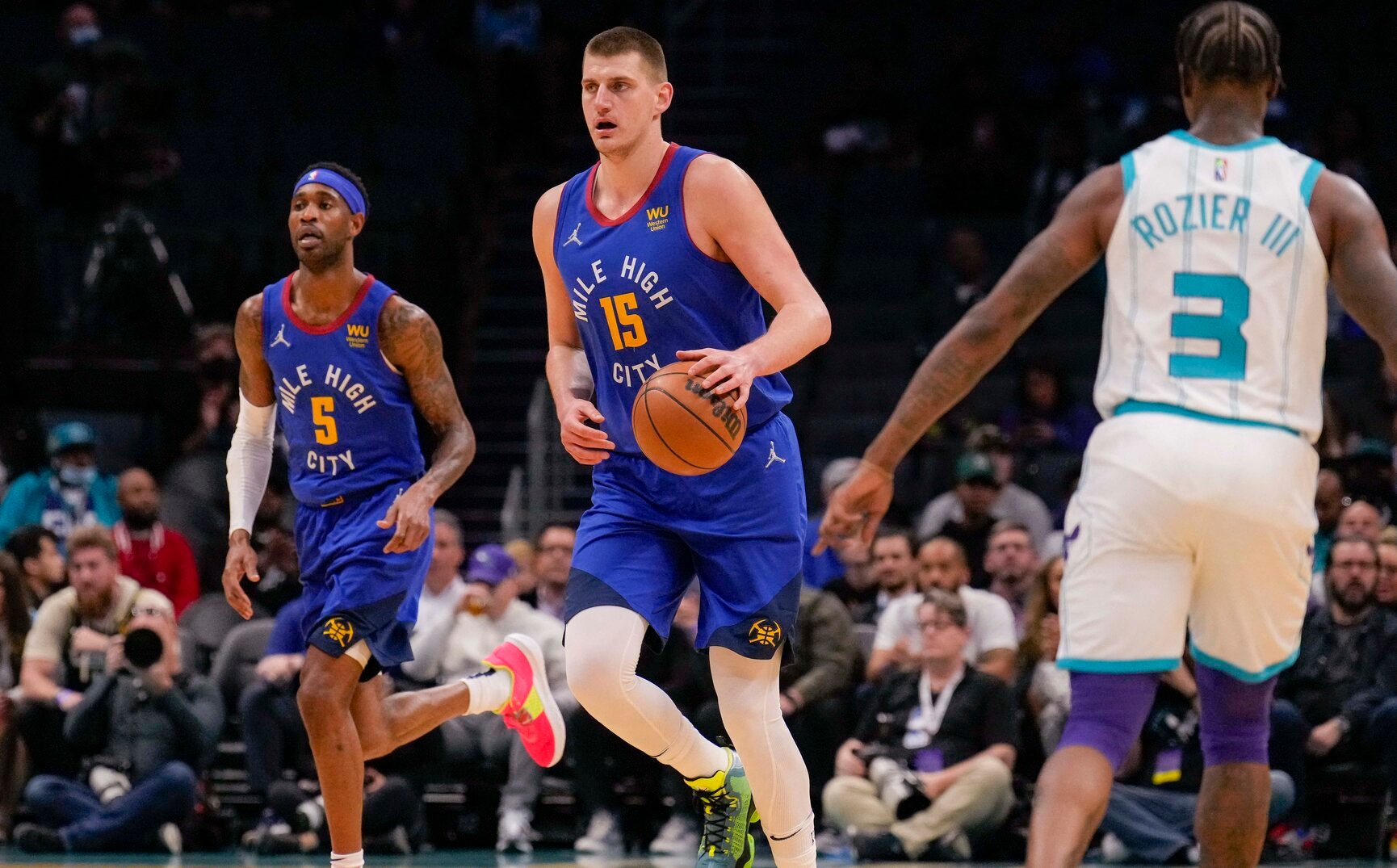 It took time for Nikola Jokic to get cranked up, but he carried the Denver Nuggets during second-half stretches on his way to a triple-double in a 113-109 road victory against the Charlotte Hornets on Monday night, March 28 (Tuesday, March 29, Manila time).

Jokic finished with 26 points, 19 rebounds, and 11 assists, all team highs.

In a late-game, eight-minute span, Denver managed just 7 points – and Jokic had all of them. The Nuggets, who led by 13 early in the fourth quarter, had to hold off a furious rally from the Hornets.

Aaron Gordon scored 19 of his 21 points in the first half for the Nuggets (45-31), who won for just the third time in their past six games. Will Barton racked up 18 points and Jeff Green and Monte Morris both had 14 points.

Charlotte appeared to get the defensive stop it needed when Jokic missed a shot, but he grabbed his own rebound and was fouled. He made two free throws with 8.6 seconds left to push the lead to four.

Miles Bridges poured in 27 points to go with 11 rebounds for the Hornets (39-37). Ball had 22 points and 11 assists, Kelly Oubre Jr., Isaiah Thomas, and Rozier all added 12 points and PJ Washington posted 10 points.

Charlotte, which was coming off a road victory Sunday night against the Brooklyn Nets, hit only 13-of-42 attempts from three-point range on Monday.

The Nuggets led 102-91 with 7 1/2 minutes to play. Charlotte tallied the next 8 points, with Thomas and Bridges hitting three-pointers to complete that part of the rally.

The Hornets held a 57-56 halftime edge despite shooting 5-for-20 from beyond the arc.

The Nuggets started to take control with a 13-0 run in the third quarter to move to an 80-71 lead. Jokic scored 7 points during that stretch, including a free throw on a technical foul when Charlotte power forward Montrezl Harrell was ejected following a dust-up with Jokic and Gordon. – Rappler.com