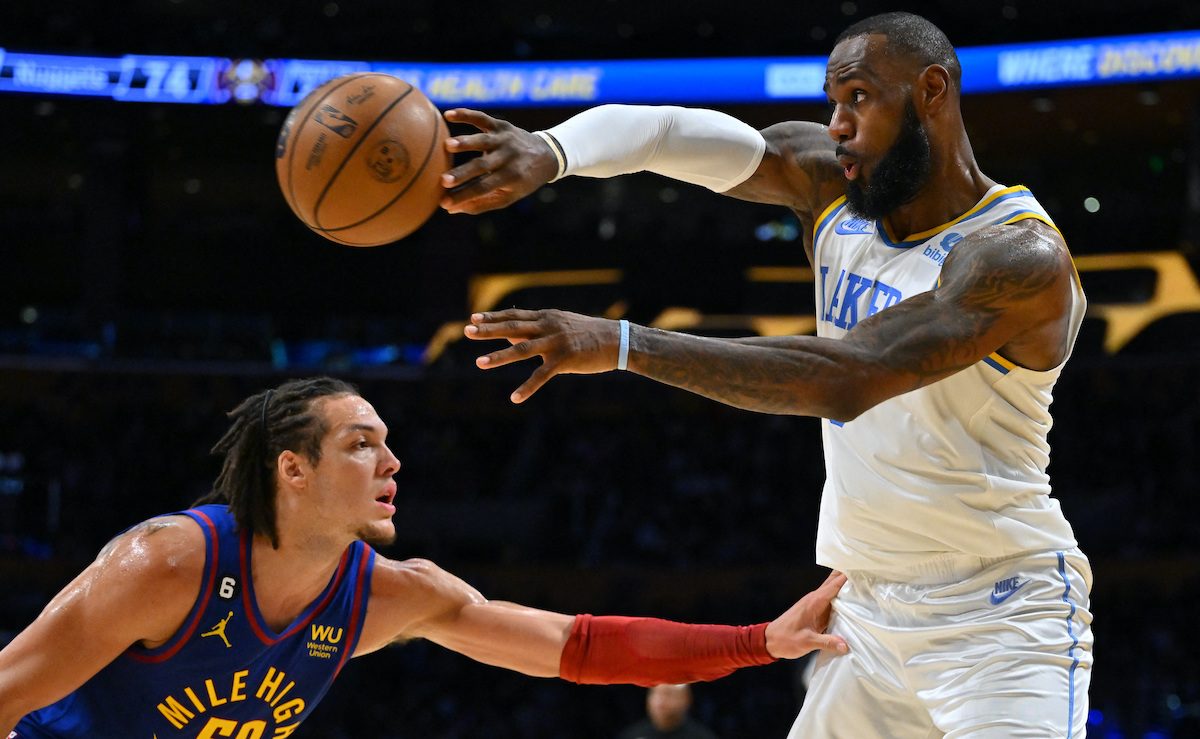 FIRST. LeBron James and the Lakers finally pick up a win after an inauspicious season start.

LeBron James scored 26 points, Anthony Davis added 23 to go along with 15 rebounds, and the host Los Angeles Lakers beat the Denver Nuggets, 121-110, on Sunday, October 30 (Monday, October 31, Manila time), for their first win of the season.

Lonnie Walker IV scored 18 points, as did reserve Russell Westbrook, who also had 8 rebounds and eight assists for Los Angeles.

The Nuggets played without Bones Hyland, who was injured during warmups.

The game was tied at 67 early in the third quarter when Denver started to build a lead. Murray and Brown hit shots and Kentavious Caldwell-Pope drained a 3-pointer to put the Nuggets ahead by seven, and a 3-pointer by Brown made it 83-75 with 3:45 left in the period.

Walker scored 10 points during an 18-2 run that gave the Lakers a 93-85 lead heading into the fourth.

Matt Ryan opened the last period with a three-pointer and Walker split a pair of free throws to give Los Angeles a 12-point lead. Denver scored the next 7 points to get within 97-92, but the Lakers extended the lead to 106-95 on a driving layup by Davis with 7:51 left.

The Nuggets made one last push but twice missed three-pointers that would have got them within 4, and a tip-in by Davis and a layup from Westbrook helped the Lakers close it out.

The Nuggets led by 10 in the first quarter before Los Angeles clawed its way back to get within 5 entering the second quarter. It was 39-33 with 8:29 left in the period when the Lakers went on a 14-5 run to take their first lead of the night.

A layup by Troy Brown Jr. in the final seconds of the second gave Los Angeles a 55-51 lead at halftime. – Rappler.com