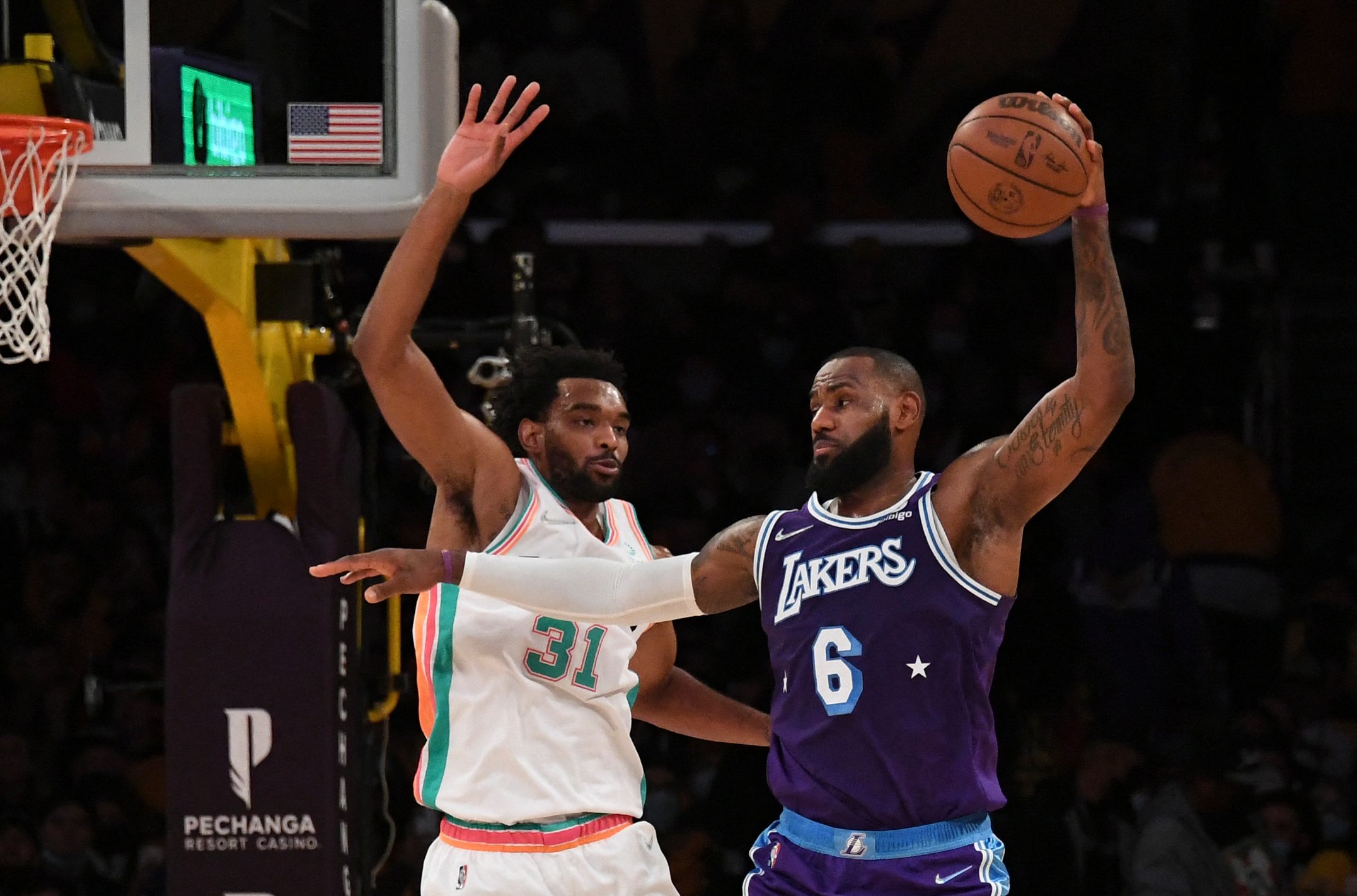 Keita Bates-Diop scored a career-high 30 points on a perfect 11-of-11 shooting as the visiting San Antonio Spurs used a balanced attack to roll to a 138-110 victory over the Los Angeles Lakers on Thursday, December 23 (Friday, December 24, Manila time).

Derrick White added 23 points and Lonnie Walker IV had 21 for the Spurs, who finished a 3-1 road trip. Keldon Johnson scored 16 points and grabbed 10 rebounds, while Doug McDermott and Jock Landale added 13 points each.

San Antonio’s leading scorer on the season, Dejounte Murray, had 9 points with 13 assists on a night when the Spurs had 33 assists on 46 made field goals. The Spurs led in bench points 69-20.

The Lakers also were without Anthony Davis for the third consecutive game and he is expected to miss four weeks with a knee injury.

The Spurs took advantage of a makeshift Lakers lineup early as Los Angeles had Dwight Howard as a starter for just the fourth time this season. The game was tied with 3:38 remaining in the first quarter before the Spurs went on a 12-3 run to take a 33-24 lead at the end of the period.

The Spurs had their first double-digit lead at 38-28 on a Landale dunk with 10:52 remaining in the first half. The Spurs led 66-55 at halftime and pushed the advantage to 105-92 through three quarters.

Talen Horton-Tucker scored 13 points for the Lakers, who hit just 5-of-27 attempts (18.5%) from three-point range.

The game was the final one played with the venue known as Staples Center. The downtown Los Angeles arena that is shared by the Lakers and Clippers will be called Crypto.com Arena starting Saturday. – Rappler.com