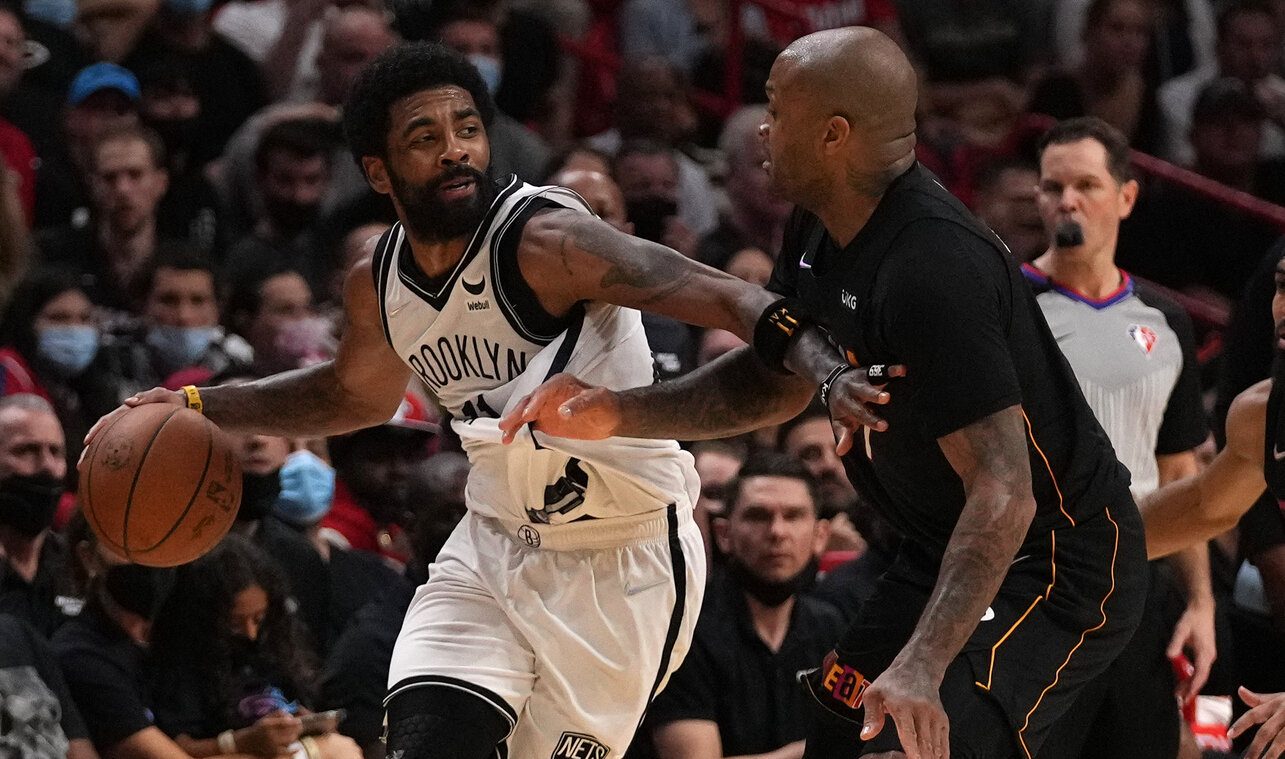 Brooklyn’s Kyrie Irving scored 18 straight Nets points in the fourth quarter as the Nets cut a 21-point deficit to just one on a three-pointer by rookie Cam Thomas with 38 seconds left.

Miami’s Jimmy Butler drove to the basket and scored on a short bank shot with 22 seconds left.

After two free throws by Irving and one by Butler, the Nets called timeout trailing 113-111 with 14 seconds left. However, a steal by Kyle Lowry on a pass intended for Irving iced the game for Miami.

Irving, who had just 4 points at halftime and 9 through three quarters, finished with 29 points.

Miami, which has the best home record in the Eastern Conference at 19-6, got Tyler Herro (knee) off the injured list. Herro scored 15 points.

The Nets were without four injured players, including star Kevin Durant as well as starters Joe Harris, Nic Claxton, and LaMarcus Aldridge.

In addition, the three players Brooklyn acquired in a trade on Thursday – Ben Simmons, Seth Curry and Andre Drummond – are not yet cleared to play.

Brooklyn shot just 3-for-13 from three-point range in the first quarter, but the Nets finished the opening 12 minutes tied 26-26 because Miami made just 2-of-9 from long distance.

There were four lead changes in the first two-plus minutes of the second quarter, but a Lowry three-pointer with 9:28 left put Miami on top for the rest of the first half. Miami led 64-58 at halftime.

In the third quarter, Miami stretched its lead to 21 points before settling for a 91-76 advantage at the end of the period.

In the fourth quarter, Brooklyn went on a 16-3 run, cutting its deficit to single digits. Irving took over the game at one point, but Miami held on for the win. – Rappler.com