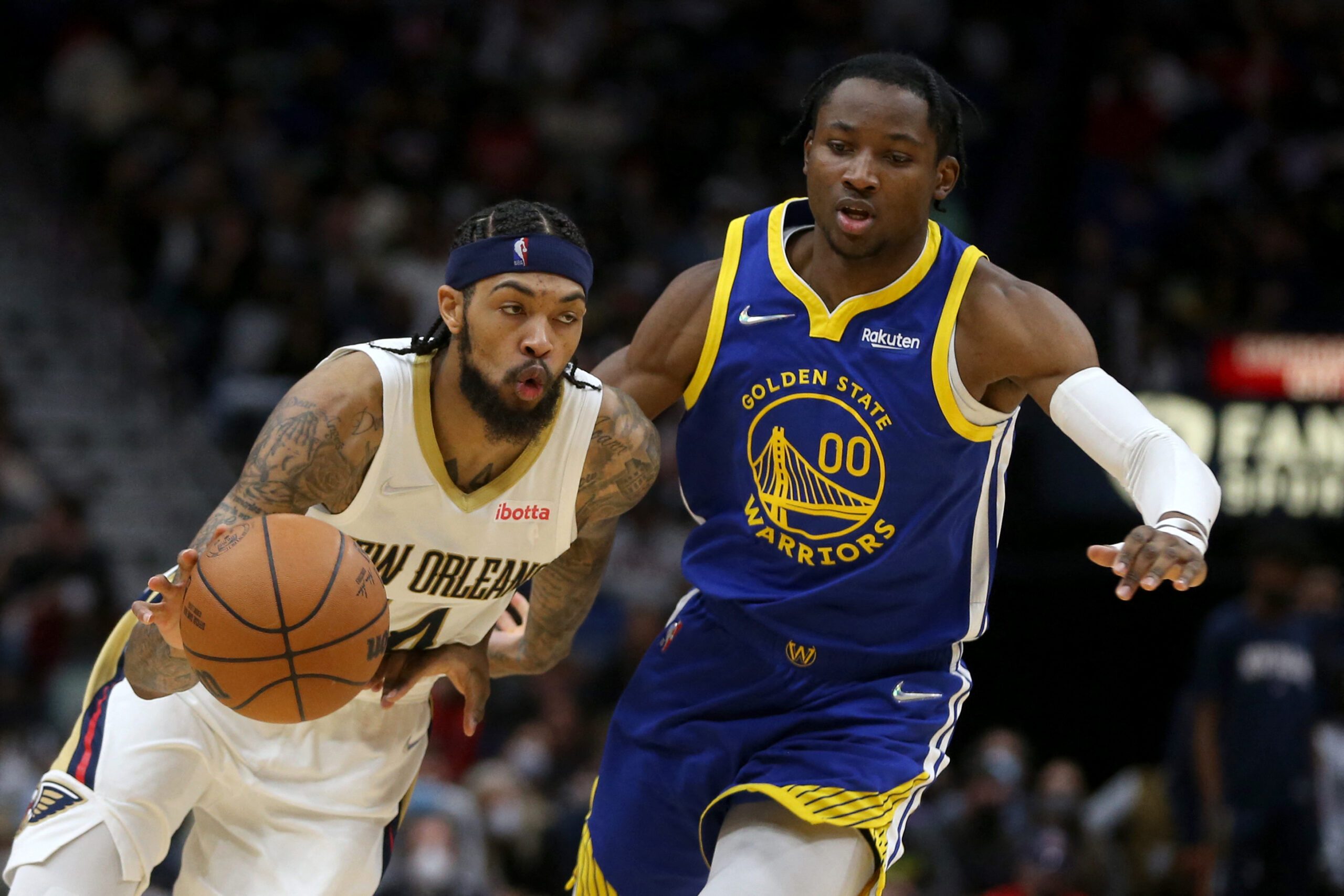 Ingram had averaged 13 points (9 below his season-long average) and shot 22.2% from the floor (8-of-36), including one of 11 three-pointers, in his first two games back from a two-game absence due to Achilles soreness. But against the Warriors he made 12-of-20 shots in addition to grabbing a game-high 11 rebounds.

Josh Hart added 14 points, Herb Jones scored 13, and Gary Clark had 10 off the bench as the Pelicans ended a three-game losing streak during which they had allowed an average of 124.7 points.

The Warriors played without Steph Curry, who suffered a quad contusion in a 99-82 loss at Dallas on Wednesday, and Draymond Green, who has a sore hip.

The Pelicans scored the first four points of the third quarter to take a 51-46 lead. They held a six-point advantage before the Warriors scored seven straight to move ahead 57-56.

Ingram scored his first four points of the second half and added an assist to help New Orleans to a 64-59 lead.

Golden State took a brief two-point lead before Ingram, Clark and Nickeil Alexander-Walker each made a three-pointer as the Pelicans took a 75-72 lead at the end of the third quarter.

New Orleans scored the first five points of the fourth quarter and increased the lead to nine on a basket by Hart.

The Warriors scored the next four points, but Ingram answered with a driving basket that sparked a five-point spurt for a 92-82 lead with 2:28 to play.

Get ready to ball with adidas sportswear using these promo codes!