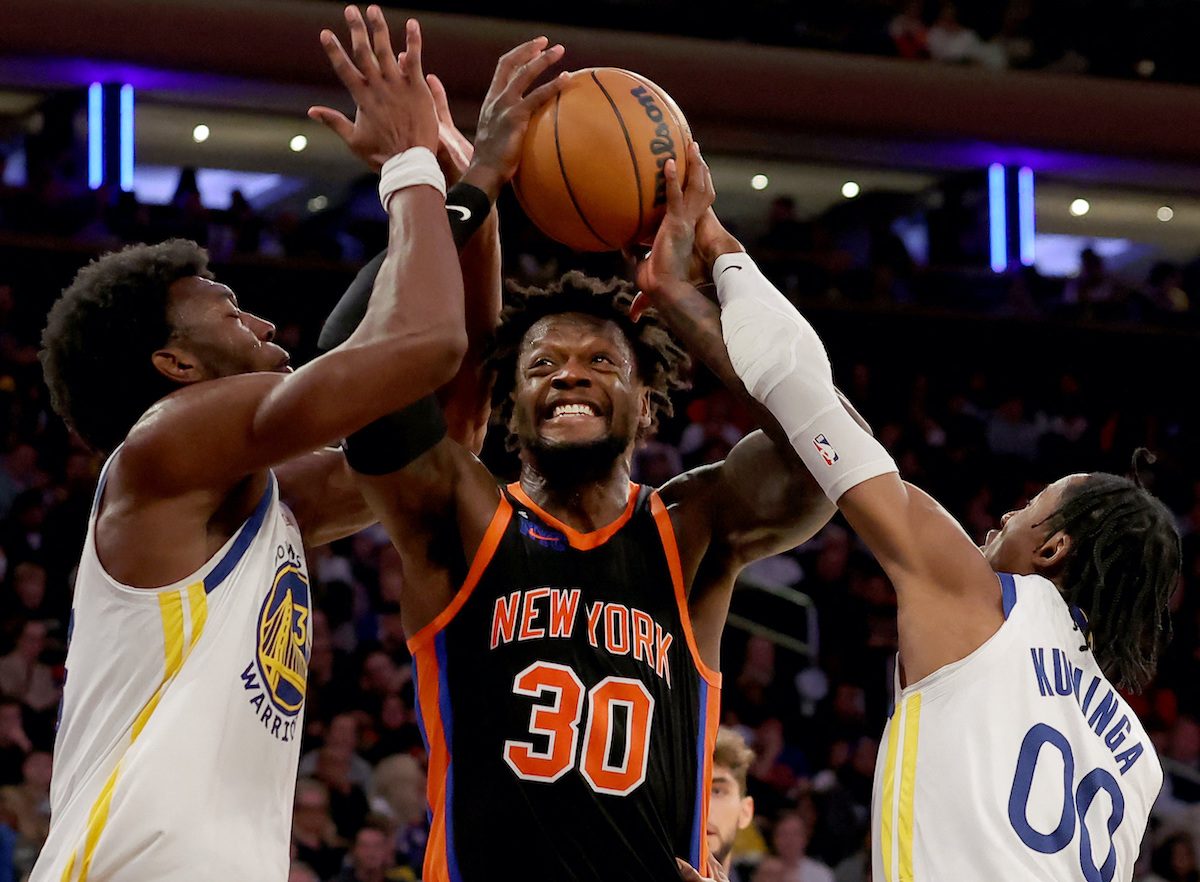 BLOWOUT. Julius Randle supplies a double-double in the Knicks' romp of the Warriors.

Jalen Brunson scored 21 points and Julius Randle (15 points, 12 rebounds) posted a double-double for the Knicks, who have won eight straight – their longest streak since a nine-game run from April 9 to 24, 2021.

Jordan Poole scored 26 points for the Warriors, who fell to 1-2 since superstar shooting guard Stephen Curry sustained a left shoulder injury on December 14. Curry is out indefinitely.

Jonathan Kuminga had 13 points, while Moses Moody, Klay Thompson and Ty Jerome all scored 11 points for Golden State, which lost for the sixth time in eight games.

The Knicks opened on an 8-0 run before the Warriors scored 12 of the next 16 points and tied the game for the only time on a trio of free throws by Poole. Barrett responded with a second-chance basket for New York, which twice allowed Golden State to pull within 2 points before carrying a 33-25 lead into the second quarter.

The Warriors mounted an 8-2 run to start the second before McBride and Quickley hit consecutive three-pointers. Golden State cut the deficit to 5 before Brunson went on a personal 9-0 run as the Knicks took their first double-digit lead. New York never led by fewer than 9 the rest of the way and was on top 69-56 at the half.

The Warriors cut the deficit to 10 three times in the third quarter before the Knicks began pulling away for good. Robinson’s free throws gave New York its first 20-point lead at 88-67 with 5:37 left.

The Knicks led 100-81 at the end of the third and scored the first 11 points of the fourth to go ahead by 30 for the first time. New York took its biggest lead when Svi Mykhailiuk drained a pair of free throws for the game’s final points with 58 seconds left. – Rappler.com