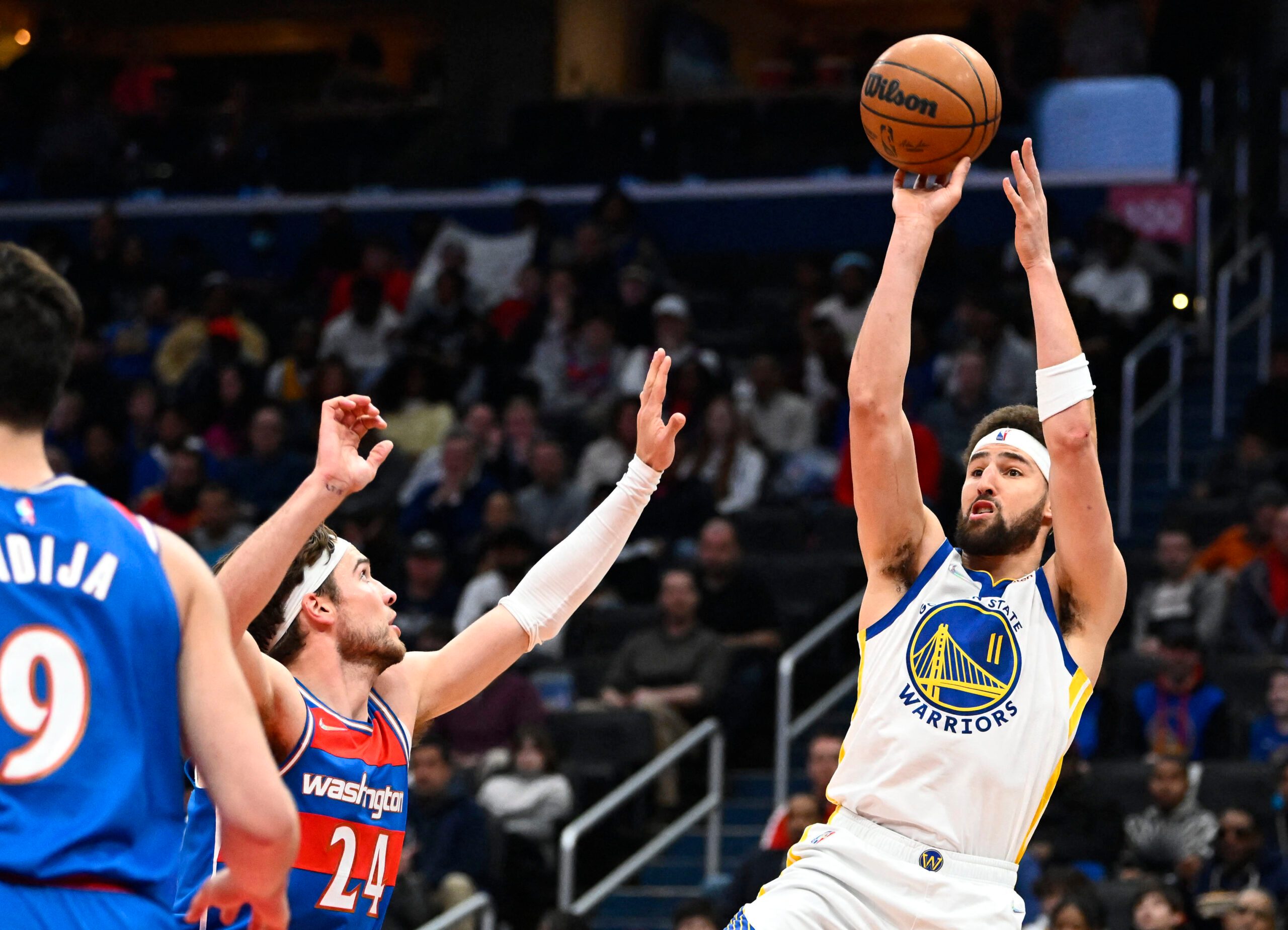 TOUGH LUCK. Klay Thompson delivers 25 points for the Warriors in the losing effort.

Rookie Corey Kispert shot 6-of-9 from three-point range and scored a career-high 25 points to help the Washington Wizards past the Golden State Warriors, 123-115, on Sunday, March 27 (Monday, March 28, Manila time).

Kispert’s 6 three-pointers – also a career-high – nearly matched Golden State’s output from beyond the arc as a team. With Stephen Curry sidelined for the fifth consecutive game due to a foot injury, the Warriors shot just 8-of-33 from deep.

Golden State’s three-point shooting woes contributed to a 42.7% overall performance shooting from the floor. Washington capitalized on the Warriors’ offensive struggles, jumping ahead from the outset and never trailing.

The Wizards’ lead grew to as many as 18 points. That provided a cushion for when Golden State (48-27) made a late-game surge.

Klay Thompson and Jordan Poole, who scored 25 and 26 points to lead Golden State, powered the late push that trimmed the deficit to as few as 5 points in the final minute. Poole, however, shot just 1-of-10 from three-point range.

Andrew Wiggins added 23 points as Golden State lost for the fifth time in six games. Otto Porter came off the bench to collect 14 points and 11 rebounds.

Porzingis effectively ended Golden State’s rally efforts, making the last two on his 10-of-11 free throw shooting night, and then blocking a Poole layup attempt on the other end.

Washington won its second straight in opening a four-game homestand on the right foot as it tries to keep hopes alive for an appearance in the Eastern Conference play-in round. Washington needs plenty of help, however, closing out Sunday five games behind Atlanta for the final spot with eight to play.

Golden State lost further ground to Memphis for second place in the West and will head into a matchup with the Grizzlies on Monday four games back. – Rappler.com