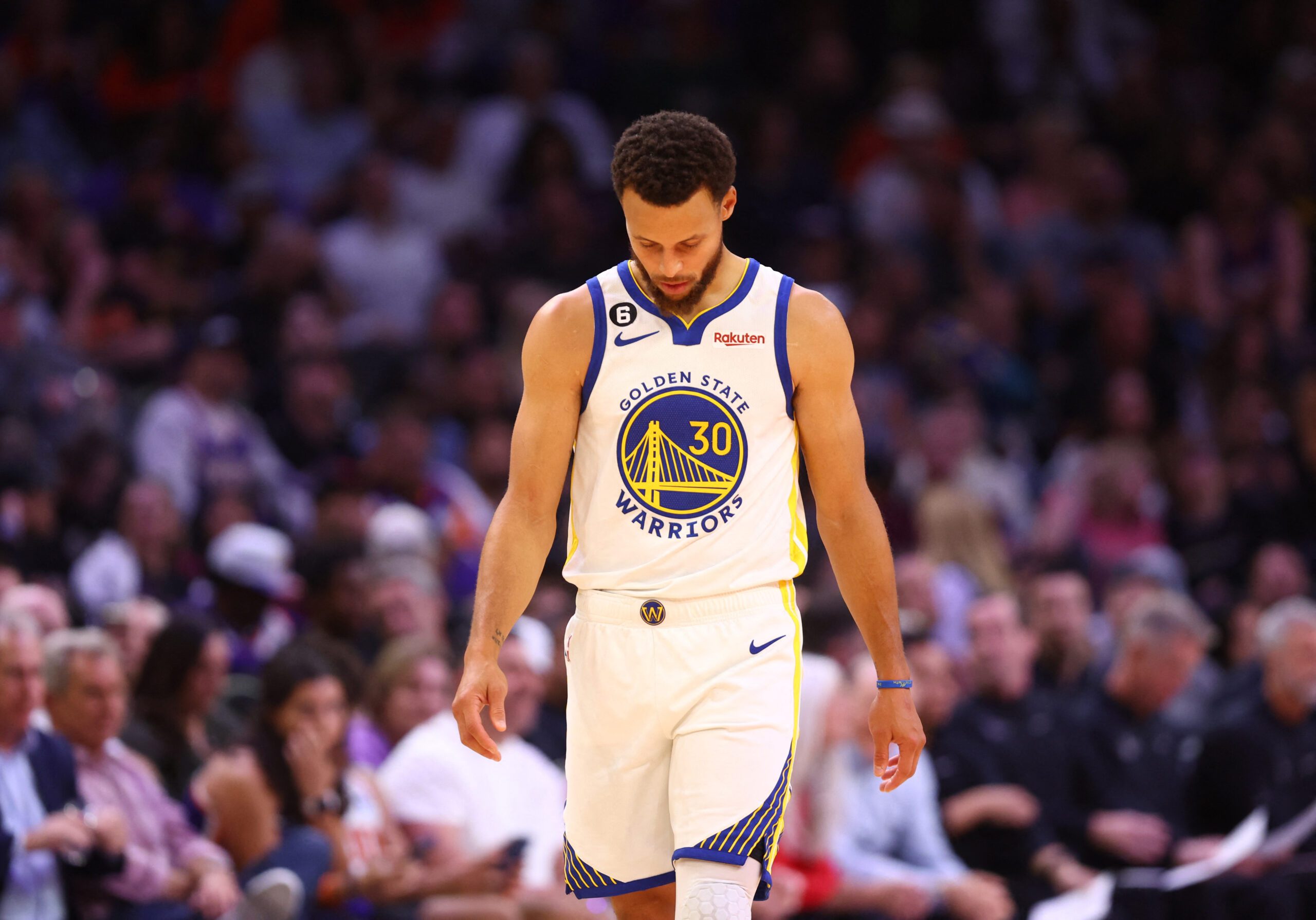 ROUGH PATCH. Steph Curry and the Warriors try to get over the hump early in the season.

Facebook Twitter Copy URL
Copied
‘You know, this is not last year's team… It's a new team, so we just have to find our way,’ says coach Steve Kerr as the Warriors open their title defense with a 3-5 slate

CHARLOTTE, USA – When Steve Kerr emerged from the visitor’s locker room of Spectrum Center, he immediately sat down on the chair and grabbed his clipboard. He was pondering ways to improve his team’s chances of coming back after a lackluster first half.

The Warriors had fallen behind by 12 points to the home team Hornets.

At the end of the evening, Steph Curry tried to show some of his trademark heroics but they just could not pull through a win, and the Warriors are off to a rough start.

As they reached the midway point of this five-game road trip, the Golden State Warriors are still winless on the road in this early part of the season.

For Kerr, it’s all about finding the right combination coming off the bench to relieve the pressure from the team’s starting five.

Kerr is now relying on James Wiseman, Jonthan Kuminga, Moses Moody, and Jordan Poole to sustain the energy as he rests his starters. He also added some key veteran acquisitions in JaMychal Green and Donte DiVincenzo, who are still learning the system.

“We’re still finding our way as a bench unit and still, you know, looking at combinations and learning a lot here in the early part of the season,” Kerr said in the postgame interview after their loss to the Miami Heat.

For the four-time champion coach, he points to the team’s defensive rating, which is currently at the bottom 10 of the league rankings. Last season, the team finished second on defense.

“I think the way we’re playing is affecting our defense. I think it looks like a pickup game out there,” he said.

“So we have to get out and play with the purpose and play with some grit. Until we do, then you know we’re going to be experiencing games like this where just never quite get the traction you need to build momentum in offense.”

“I’m seeing a lot of possessions where the ball is not moving. And ball movement leads to wide open shots, which leads to everybody being a little bit happier,” Ker added.

“That’s where you get some grit, where you create some easy shots. You knock it down. You get back on defense. You get a stop and you build a pattern within the game.”

Kerr is not pressing the panic button, knowing it’s still too early in the season.

“I expect them to get better because they’re talented guys. They’re committed. They’re smart. So, this is all part of their growth and development as young players,” he said.

“For us we have the luxury of having a bunch of vets who can bring our young guys along. And so in theory, it should be more manageable and that’s why I’m very confident that we’ll eventually get where we need to get.”

And despite the manpower tweaks, Kerr still sees a good mix in the Warriors roster.

“I’m very confident that we’ll figure this out,” he said. “But you know we have an interesting mix. We’ve got some vets who just want another title. We got some young guys who are anxious to play. And we just haven’t found our footing. We haven’t found our identity yet.” – Rappler.com