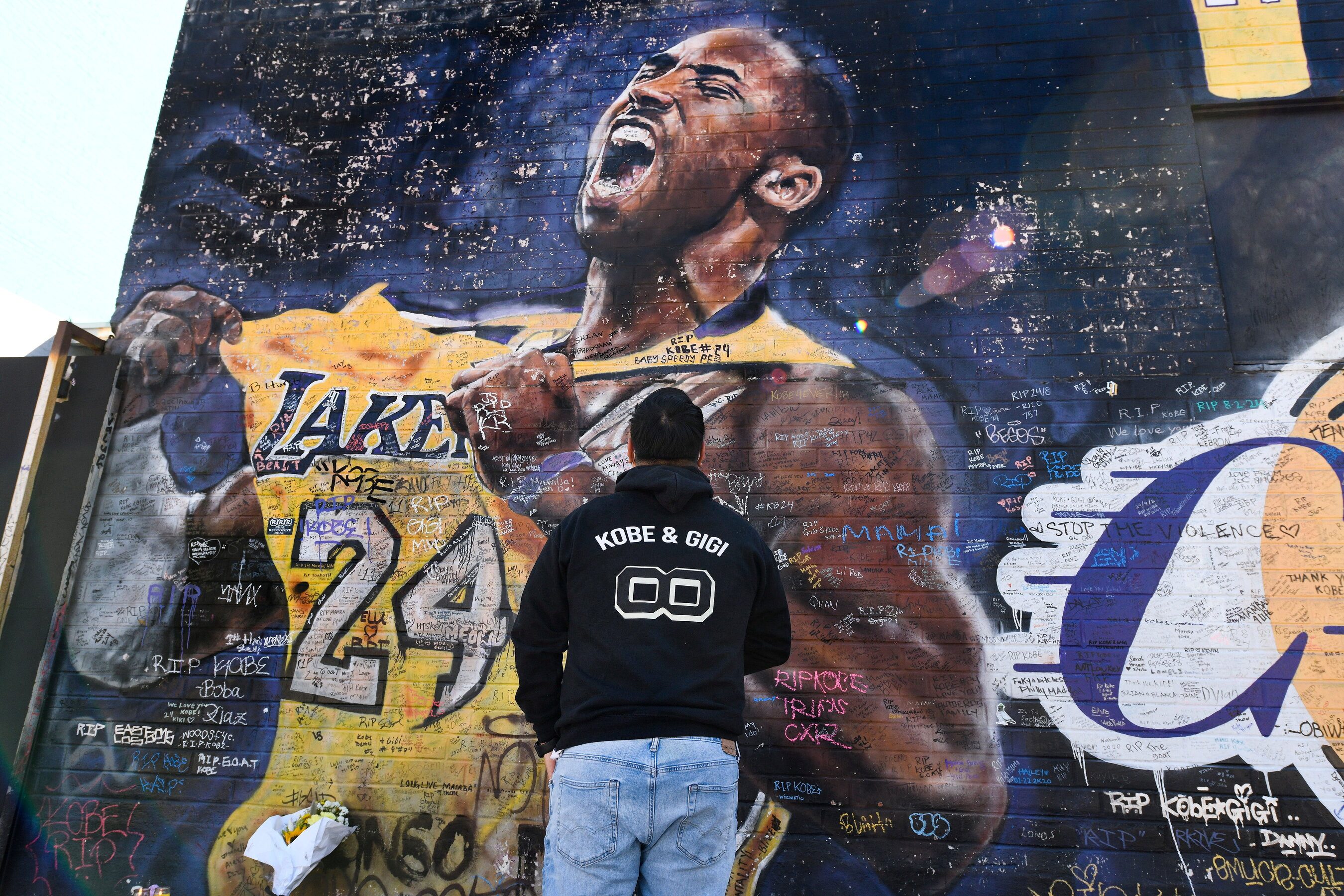 MEMORIAL. A fan takes a snapshot of a mural of Kobe Bryant in an alley near Staples Center in downtown Los Angeles.

LOS ANGELES, USA – The widow of the late basketball star Kobe Bryant was awarded $16 million by a jury on Wednesday, August 24, over the sharing of photos of human remains at the helicopter crash site where her husband, their 13-year-old daughter Gianna, and seven others were killed in 2020.

Vanessa Bryant had sued Los Angeles County, alleging invasion of privacy, after accusing members of the Los Angeles County sheriff’s and fire departments of sharing gruesome images of the crash in unofficial settings, including to patrons in a bar.

Chris Chester, whose wife Sarah, 45, and daughter, Payton, 13, were among those killed in the crash and who joined Bryant’s lawsuit, was awarded $15 million, bringing the total jury award to $31 million.

A group of nine jurors deliberated for roughly 3½ hours before reaching their decision.

Bryant, who was in the Los Angeles federal courtroom when the verdict was read out after an 11-day trial, clasped her face in her hands and wept. She and her attorney declined to speak to reporters as they left the courthouse.

Kobe Bryant, his daughter Gianna, and seven other people died in the crash in Calabasas, California on January 26, 2020.

“Mrs. Bryant feels ill at the thought that sheriff’s deputies, firefighters, and members of the public have gawked at gratuitous images of her deceased husband and child,” the lawsuit states. “She lives in fear that she or her children will one day confront horrific images of their loved ones online.”

Los Angeles County officials argued that the “severe and emotional and mental injuries” were not caused by the county or the photos but by the crash itself.

Vanessa Bryant has also filed lawsuits against the helicopter charter company and the deceased pilot’s estate.

The county already agreed to pay $2.5 million to settle a similar case brought by families of others who died in the crash.

Kobe Bryant was 41 when he died. The Los Angeles Lakers great and 18-time All-Star won five NBA championships and was elected to the Hall of Fame in 2020. – Rappler.com