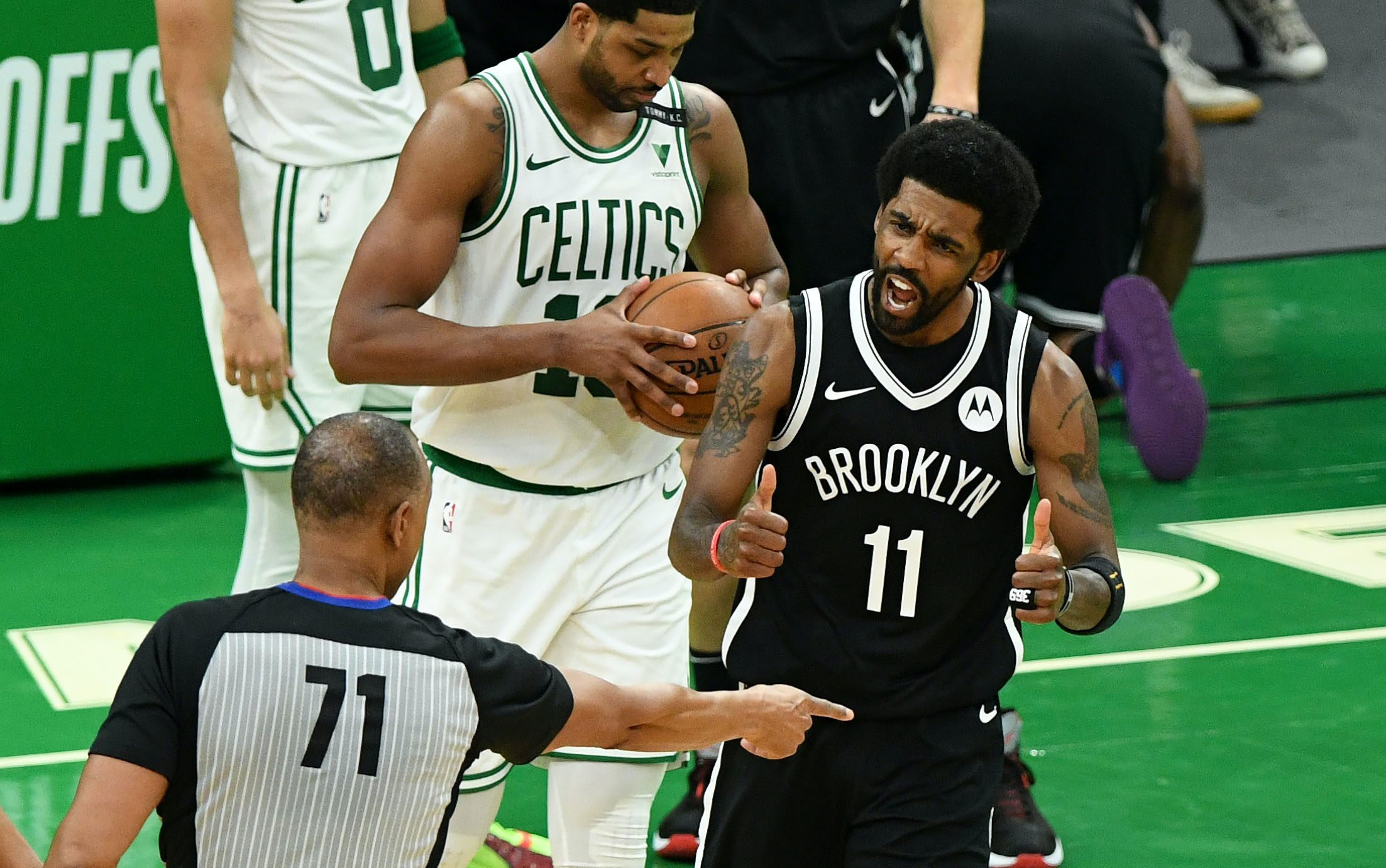 ROAD WIN. Kyrie Irving and the Nets breeze past the Celtics in Game 4 in Boston.

Facebook Twitter Copy URL
Copied
A Celtics fan gets arrested after throwing a water bottle at Kyrie Irving, who torched his former team to give the Nets a 3-1 series lead

Brooklyn Nets’ Kyrie Irving said NBA arenas had become like “human zoos” after a fan was arrested for throwing a water bottle at the former Boston Celtic guard on Sunday, May 30 (Monday, May 31, Manila time).

Video posted on social media showed the bottle narrowly missed Irving, who scored 39 points in Game 4 as the Nets beat the Celtics, 141-126, to take a 3-1 lead in their Eastern Conference first-round playoff series.

The Athletic reported the fan could be banned for life from Boston’s TD Garden.

“It’s unfortunate that sports has come to this crossroads where a lot of old ways are coming up,” Irving, who played for the Celtics from 2017 to 2019, said after the match.

“It’s been that way for entertainment for a long time with underlying racism and just treating people like they are in a human zoo.”

The conduct of fans has been an issue for the NBA lately, with five spectators hit with indefinite bans for “completely unacceptable” behavior towards players and their families in separate incidents last week.

“We are not animals, we are not in the circus,” he added. “You coming to the game is not all about you as a fan. So, have some respect for the game.”