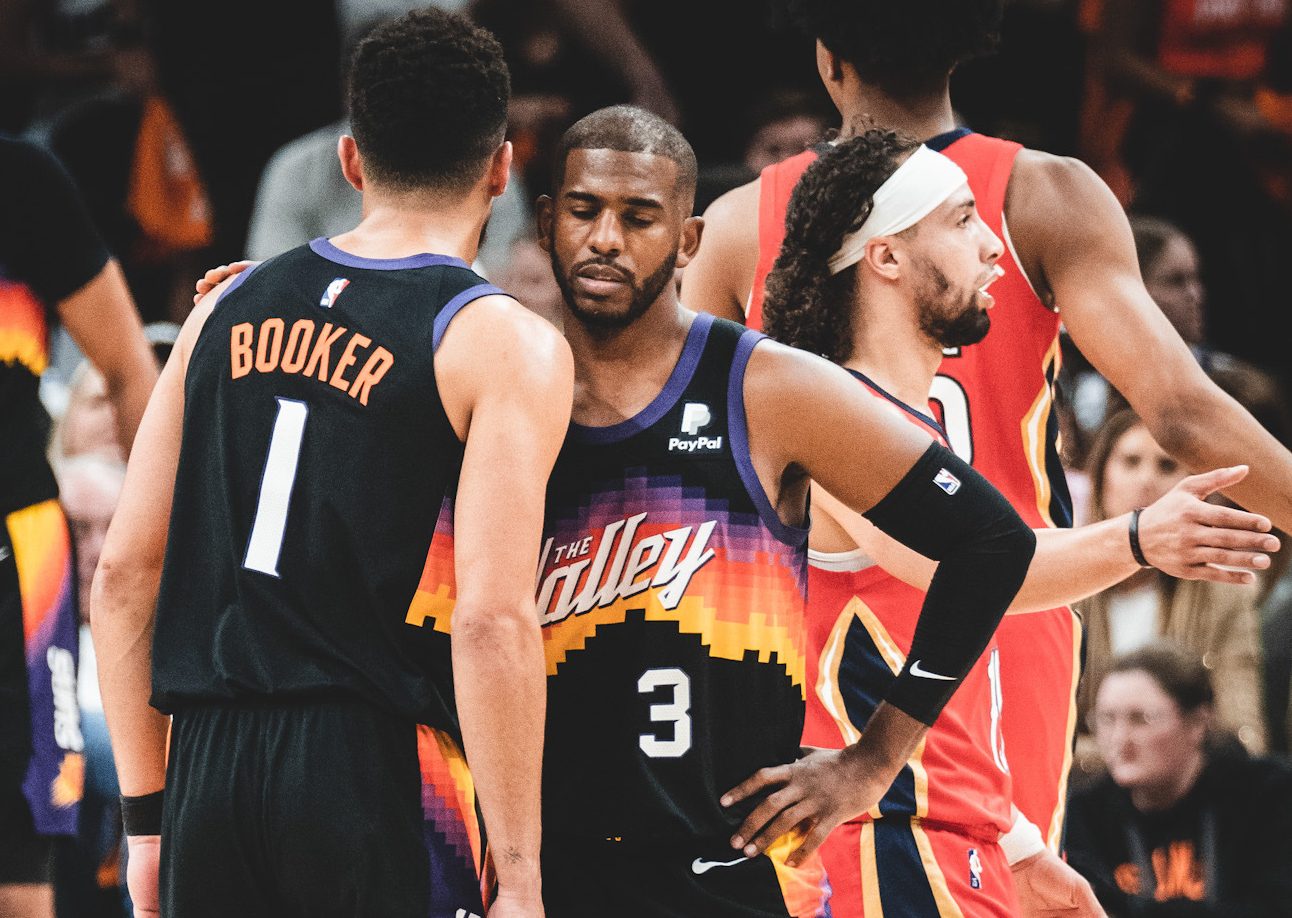 TEAM LEADER. Phoenix Suns Chris Paul has been outspoken on the controversy that rocked their team.

Facebook Twitter Copy URL
Copied
‘As a man of faith, I believe in atonement and the path to forgiveness... But in our current unforgiving climate, it has become painfully clear that that is no longer possible,’ says Phoenix Suns owner Robert Sarver

Phoenix Suns owner Robert Sarver on Wednesday, September 21, said he is seeking buyers for the team a week after being suspended for a year and fined $10 million by the National Basketball Association (NBA) following an investigation into allegations of workplace misconduct.

An independent investigation found that Sarver, who bought the Suns and the WNBA’s Phoenix Mercury in 2004, engaged in inequitable conduct toward female employees, including “sex-related comments” and inappropriate remarks on female employees’ appearances.

Sarver, who cooperated fully with the investigation process, was also found to have used a racial slur on at least five occasions “when recounting the statements of others.”

“Words that I deeply regret now overshadow nearly two decades of building organizations that brought people together – and strengthened the Phoenix area – through the unifying power of professional men’s and women’s basketball,” Sarver said in a statement.

“As a man of faith, I believe in atonement and the path to forgiveness… But in our current unforgiving climate, it has become painfully clear that that is no longer possible – that whatever good I have done, or could still do, is outweighed by things I have said in the past,” he said.

“For those reasons, I am beginning the process of seeking buyers for the Suns and Mercury.” “This is the right next step for the organization and community,” Silver said in a brief statement.

Los Angeles Lakers star LeBron James also welcomed Sarver’s decision after criticizing the league last week for handing down what he deemed too light a punishment.

“I’m so proud to be a part of a league committed to progress!” James said on Twitter.

The NBA commissioned its investigation following an ESPN report in November 2021 that detailed allegations of racism and misogyny during Sarver’s tenure. Sarver denied the allegations and said he welcomed an investigation.

Sarver purchased the Suns in 2004 for $401 million. The team was valued at $1.8 billion at the beginning of last season, according to Forbes.