‘That’s just who I am’: Herro’s historic night fuels Heat 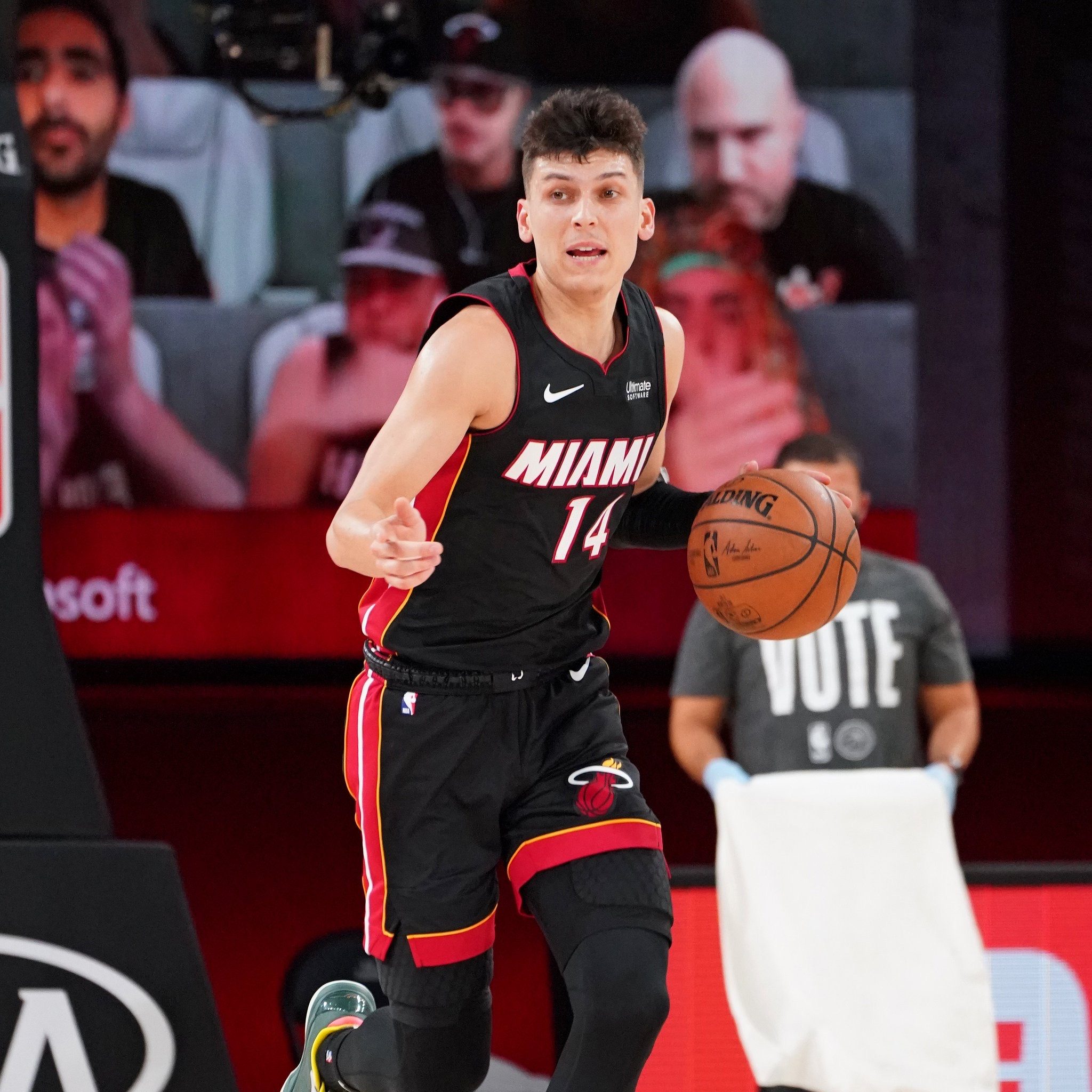 Miami rookie Tyler Herro played the game of his life, dropping a career-high 37 points in a 112-109 victory to put the Heat up 3-1 against the Boston Celtics in Game 4 of the NBA Eastern Conference Finals.

Herro, the 13th pick in the 2019 NBA Draft, had a night to remember as he became the youngest player to ever score 30 points off the bench and tallied the second-most points by a player at age 20 or younger in the NBA playoffs.

“I think once you see a couple shots go down, and when you’re getting shots in rhythm, it’s just – the game flows,” said Herro.

Herro also passed Miami Heat legend Dwyane Wade for most points scored by a Heat rookie in a playoff game and his 37 points is the most by a rookie in a conference finals game.

“Not too many people get an opportunity to make it this far in the playoffs and be in a game like this, but for him it’s another day in the office,” Heat star Jimmy Butler said of Herro. “He’s just going to keep playing basketball the right way.”

The former Kentucky Wildcat scored 17 of his 37 points in the final period and finished the game on a very efficient 14-of-21 from the field, along with 50% shooting from downtown.

The Heat guard has now scored double figures in every playoff game he has played in his first season in the league.

“That’s just who I am. I grew up like that and I’m gonna stay like that for as long as I’m in the league,” said Herro, who is known for his “I’m a bucket” line in one of his games in college and whose “swagger,” according to his teammates, is off the charts.

“There’s gonna be a lot of adjustments made on both ends. Each game is different, each game could be a different scorer every night, and next game could be a big one for us,” added Herro, who’s averaging 20.5 points per game in the East Finals and now looks to help his team close out the series in Game 5.

“He is relentless with his work ethic,” Miami coach Erik Spoelstra said of the Heat’s rising star.

“Nobody was paying attention to us during the year. He had a lot of tough moments. He did. He had some moments where it was up and down and learning about our demands on defense,” added Spoelstra.

“But he is a worker, and he shows up the next day trying to get better every single day and usually those incremental improvements every single day, and he earns the trust – I think it’s more important earning the trust of his teammates than the coaching staff, but it’s that daily grind when nobody is watching, and doing it when most people don’t.”

The Heat – the fifth-ranked squad now standing just one win away from the NBA Finals – hope to wrap it up in Game 5 on Friday, September 25 (Saturday, September 26, Manila time). – Martin Mendoza/Rappler