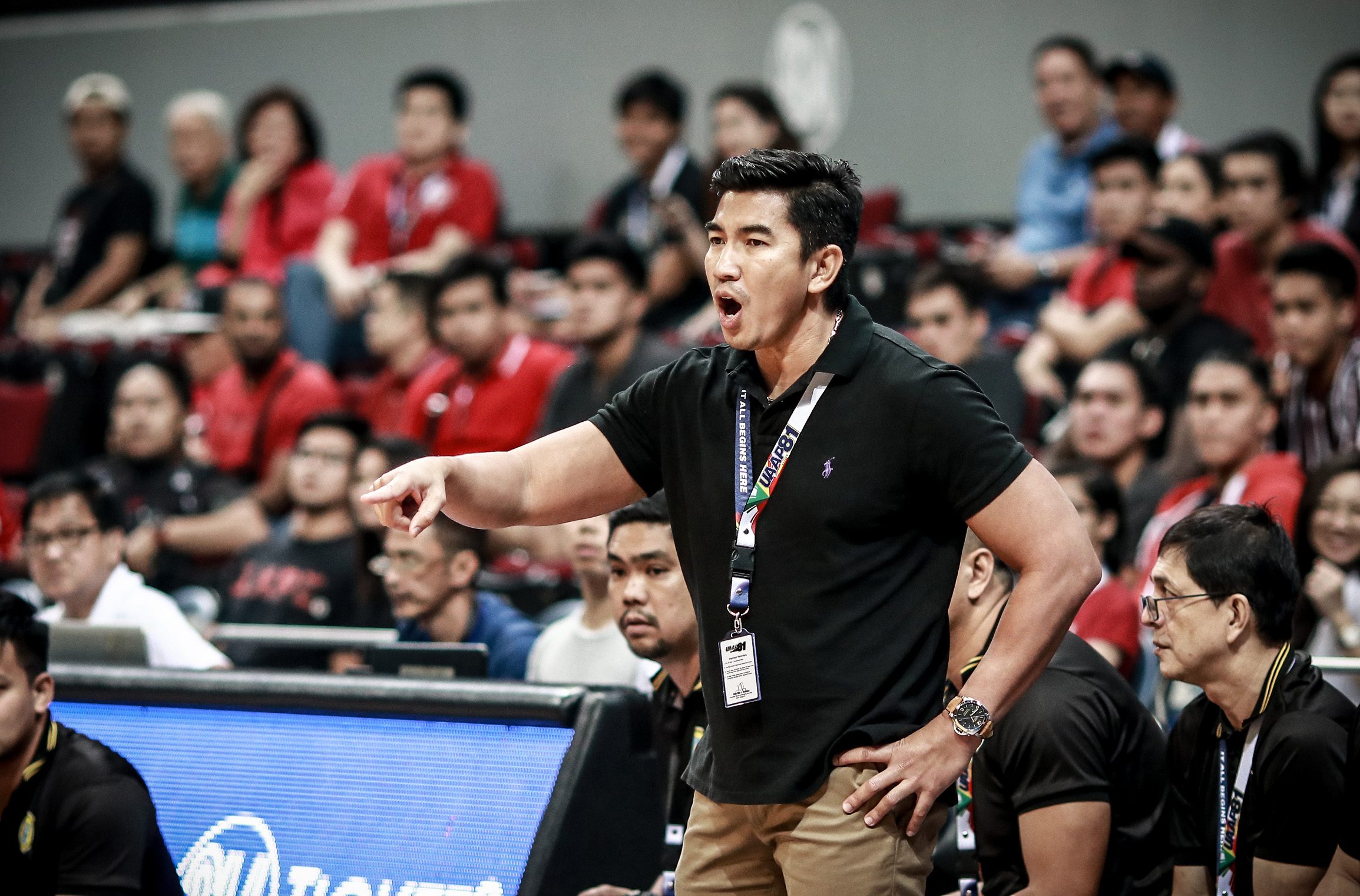 Facebook Twitter Copy URL
Copied
Collegiate champion coach Aldin Ayo begins his foray into the PBA with four of his former college wards, who are all eager to see his winning ways in Converge's second conference

MANILA, Philippines – With only a few days left before the start of the 2022 PBA Commissioner’s Cup, the Converge FiberXers are just about done with the finishing touches on their off-season adjustments and preparations.

One of the major changes is the signing of collegiate champion coach Aldin Ayo, who replaced Jeffrey Cariaso after the new franchise’s maiden conference in the recently concluded Philippine Cup.

Amid valid questions on whether or not Ayo’s winning ways will translate to the professional ranks, his former college stars came together to vouch for their new, but familiar mentor.

“I’m super excited because the last time coach Aldin was my coach was way back in 2016 in La Salle, and we won a championship,” said Converge star Jeron Teng in an online press conference on Tuesday, September 13.

“I’ve known coach Aldin as a winner and I know that he’ll be able to lead this team to eventually win a championship. I think we’re heading in the right direction and through hard work, I think everything is possible. So, we’ll really work hard for it this conference.”

Big men Kevin Racal and Abu Tratter, whom Ayo coached to title wins in Letran and La Salle, respectively, also had nothing but positive things to say.

“Of course, I’m also so excited because coach Aldin was with us in Letran in 2015 and we won the championship,” Racal said in Filipino. “I know it won’t be easy given how we practiced before, but we really need to adjust and work hard.”

“As his previous players, we know the caliber that coach brings, the intensity that he brings as well. Coming into this coming conference, we’re excited to show what we can do,” Tratter added.

Ayo, who is serving an indefinite ban from the UAAP for his role in the infamous Sorsogon bubble in 2020, certainly has a lot to prove in his first-ever stint in the PBA.

With Ayo’s former players now joining him in battle – including the recently traded Aljun Melecio – his debut is shaping up to be an interesting one both for himself and the budding Converge franchise.

“Having my former players in this team helps us a lot during this transition period. These players are already familiar with our system, so it’s a big help for us,” Ayo said.

“Not only that they were my former players, but they are also right now our leaders. They are helping the young ones on how to adapt to the system, and giving advice to them, and in a way, guiding them also.”

Ayo, his former college wards, and new import Quincy Miller are now looking to build up from a respectable seventh-place finish in the 2022 Philippine Cup, where the FiberXers finished with a 5-6 record before falling to eventual runner-up TNT in the quarterfinals. – Rappler.com