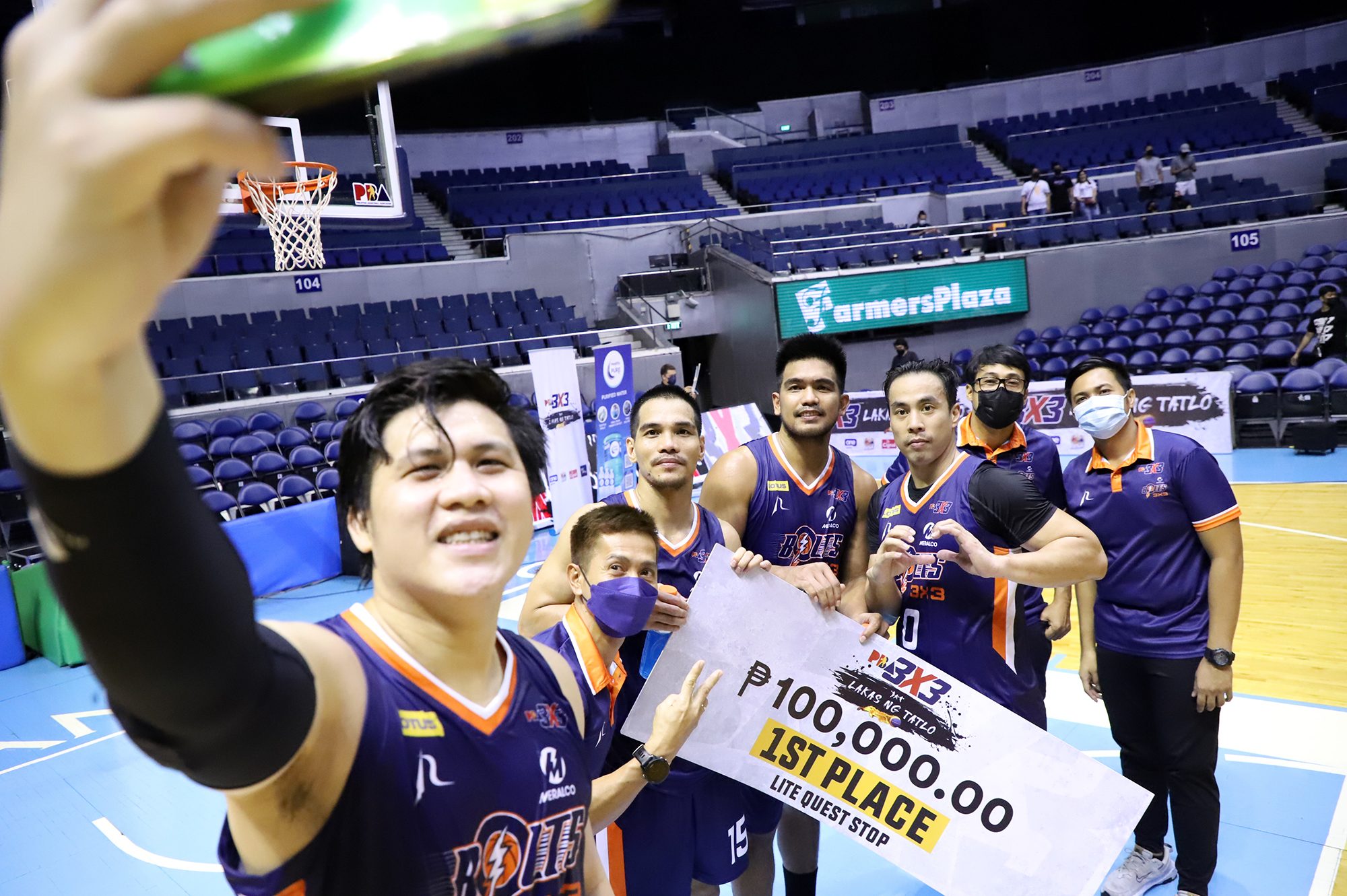 NEW CHAMP. Meralco pulls out all the stops to prevent Limitless App from going back-to-back.

MANILA, Philippines – Meralco denied Limitless App of a second straight PBA 3×3 title as the Bolts ruled Leg 4 of the second conference with a 17-14 win in the final at the Araneta Coliseum on Sunday, March 20.

Alfred Batino led the way with 5 points and 4 rebounds to power Meralco to its first crown in the second conference at the expense of the erstwhile unbeaten Appmasters.

Overall, it was the Bolts’ second PBA 3×3 championship after they reigned in the second leg of the maiden conference.

To achieve that feat, Meralco overcame a 5-9 deficit and rode on a tide-turning 9-0 run sparked by Batino as the usually poised Limitless App fizzled in the second half of the 10-minute match.

Batino scored 4 straight points to knot the score at 9-9 before Dexter Maiquez and Joseph Sedurifa delivered crucial hits to give the Bolts a 14-9 lead.

The Appmasters narrowed the gap to a single possession off a Brandon Ganuelas-Rosser layup, 14-16, but that was the closest they got as Maiquez scored on an easy layup with 48 seconds left.

Meralco star Tonino Gonzaga then blocked a two-point shot from Reymar Caduyac to close all doors on a Limitless App comeback.

Gonzaga churned out 5 points, 5 rebounds, and 2 assists, while Maiquez tallied 6 points and 3 rebounds as the Bolts bagged the top prize of P100,000.

Jorey Napoles finished with 6 points in the heartbreaking loss for the Appmasters, who won all of their six games prior the finale only to fall short of a back-to-back title.

The Bolts toppled the Beermen, 21-15, for a seat in the final, while the Appmasters edged the Tropang Giga, 20-19, to reach the championship round. – Rappler.com