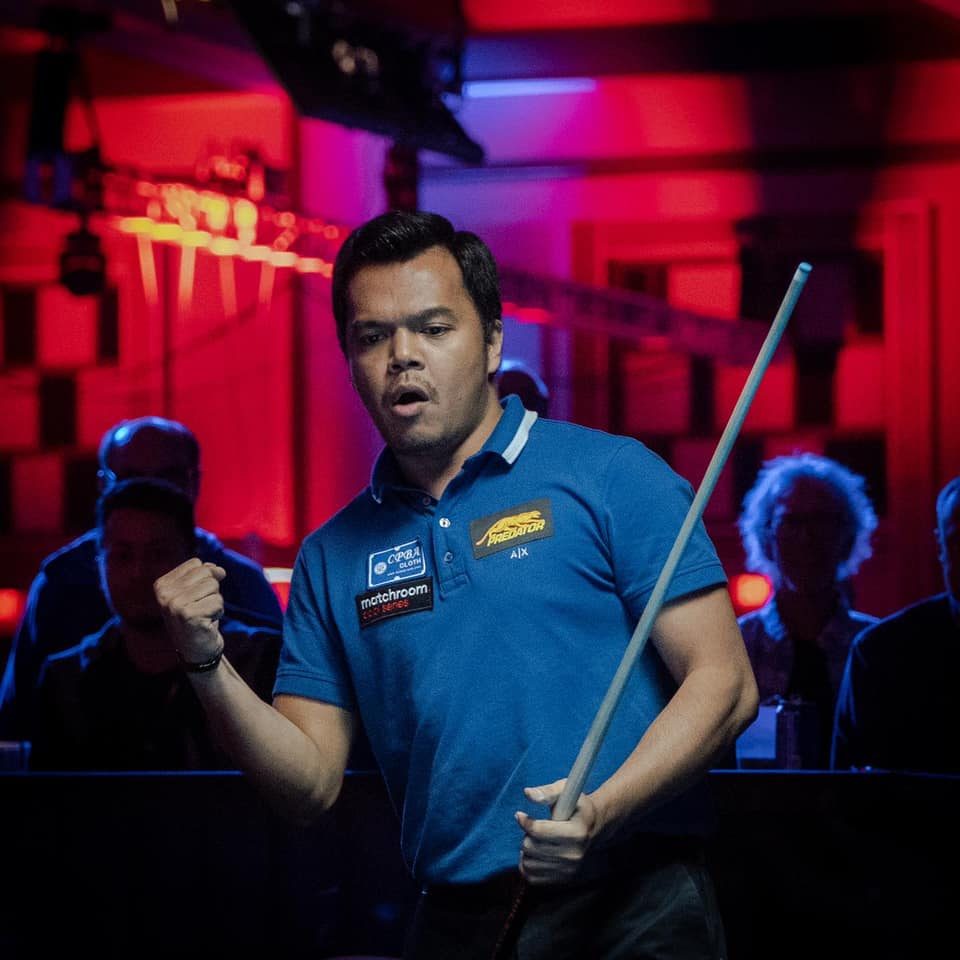 FAVORED. Carlo Biado is coming off a historic title run in the US Open Pool Championship.

Facebook Twitter Copy URL
Copied
After ending the Philippines' near three-decade title drought in the US Open Pool Championship, Carlo Biado returns with a dominant victory in the Abu Dhabi Open 9-Ball Championship

Reigning US Open champion Carlo Biado delivered a shutout win to kick off his title bid in the Abu Dhabi Open 9-Ball Championship at the Power Break Billiard Hall on Tuesday, November 9.

Ending the Philippines’ near-three-decade title drought in the US Open Pool Championship in September, Biado proved to be too good for United Arab Emirates’ Mohamad Eiljeffrey as he nailed a 9-0 win.

Other Filipinos opened the tournament with victories as well.

Roland Garcia – the winner of the Wichita 10-Ball Open and Oklahoma 9-Ball Open – pulled off a 9-4 win over Hussain Ali of UAE, while Armand Cagol hacked out a 9-5 triumph over fellow Filipino Jordan Banares.

Like Cagol, Jayson Nuguid picked up a win at the expense of a compatriot as he nosed out Carlo Raymundo, 9-7.

“The first round is one of the toughest rounds in any tournament. It usually sets the tone of how you’re going to perform,” said Nuguid, a tournament organizer at the Power Break Billiard Hall.