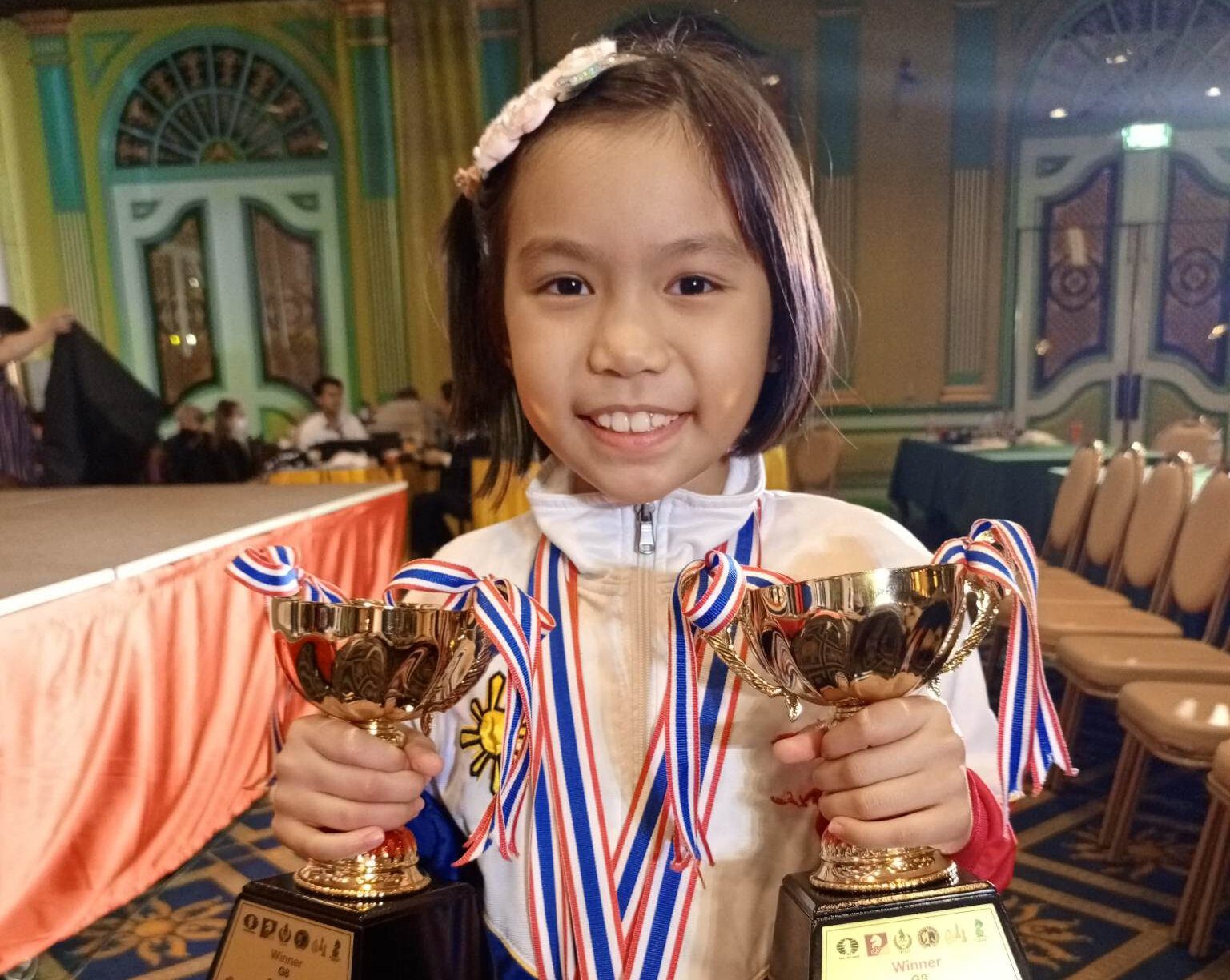 Facebook Twitter Copy URL
Copied
The Philippines captures the overall championship with a total of 12 golds in individual blitz, rapid, and standard play of the Eastern Asia Youth Chess Championship

Christian Gian Karlo Arca topped the under-14 and gained a Master title while towing Ivan Travis and John Cyrus Borce to a 1-2-3 finish.

Bince Rafael Operiano, a nine-year-old from Albay, took the boys under-10 crown after beating Galt Naran-Undrakh of Mongolia to force a four-way tie for first. Operiano beat the Mongolian and two other Vietnamese on tiebreak. Operiano got the Candidate Master title.

Third grader Elle Castronuevo of Imus Pilot School dominated the girls’ under-8 division, taking the blitz, rapid, and standard chess categories, recalling the feat of Al-Basher Buto, who placed second in the boys under-12, during the 2017 ASEAN Schools Championship. Her sister Deanna joined forces with Nika Juris Nicolas and Cyreine Jean Borce to take the under-10 team title.

The Philippines emerged overall champions with a total of 12 golds in individual blitz, rapid, and standard play and 20 golds in the team event of these three categories,

Obtaining the Candidate Master title were Al-Basher Buto and Davin Sean Romualdez (boys under-12) and John Cyrus Borce (boys under-14).

Those who got their FIDE titles must secure the required Elo rating to make it official, the National Chess Federation of the Philippines said.

Elle’s mother, Abigael, said her daughter learned to play chess when she was five to six years old. She was taught by Abigael’s brother, Franz Robert Grafil, the former La Salle board 1 player.

“Since they can’t go out, Franz (who works as a chess coach in Singapore), asked them to solve (chess puzzles),” the mother said.

Elle won the blitz and rapid events without a loss while taking standard chess with a score of 7/9.

“We were super surprised and we did not expect she could sweep the events,” said Abigael, who added that her daughter won a “surprise award” as Best ASEAN Player.