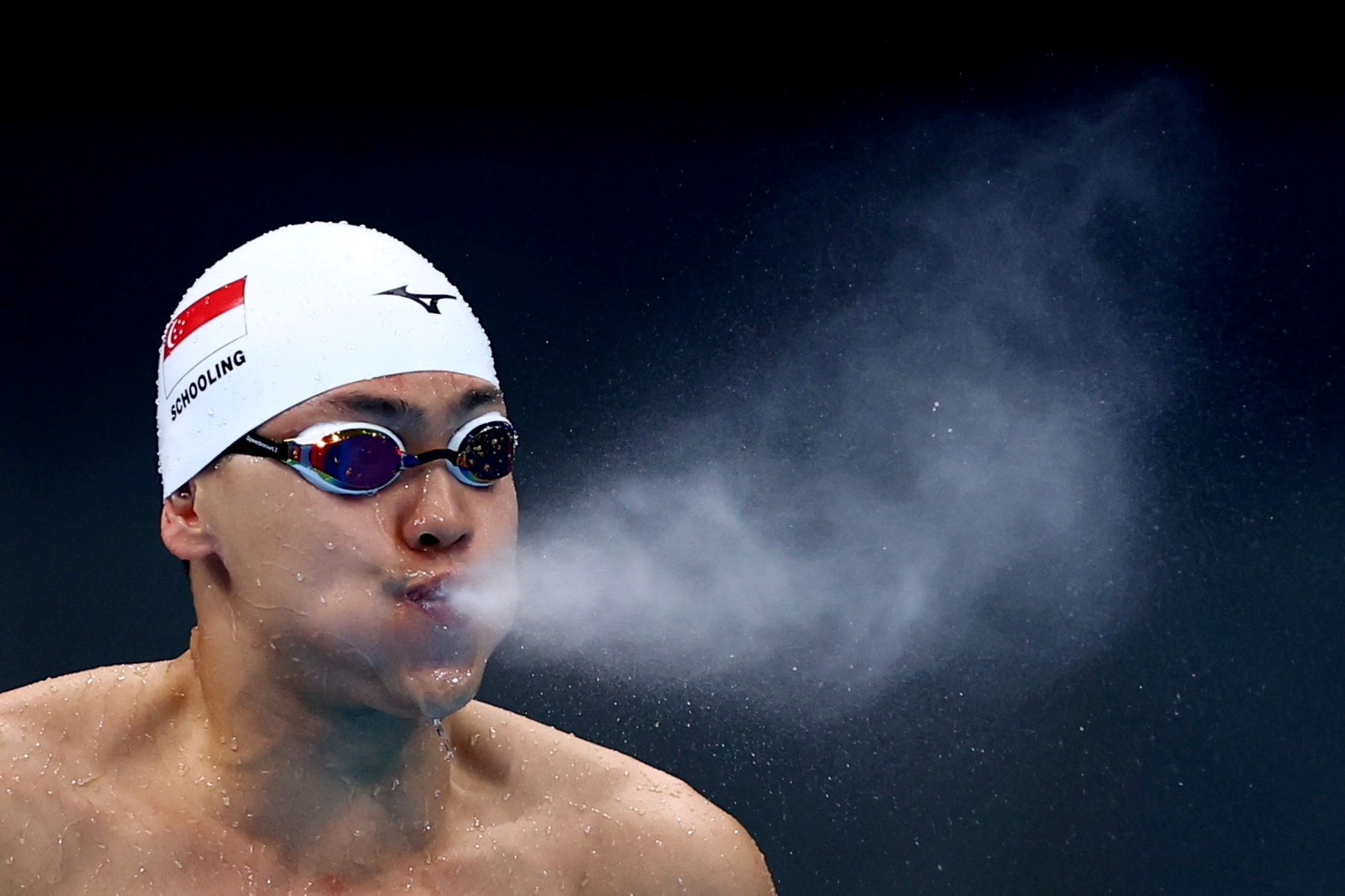 PUNISHED. Joseph Schooling has been stripped of his privilege to take a leave to train or compete while in national service.

MANILA, Philippines – Singaporean swimming star Joseph Schooling said he “gave in to a moment of weakness” after admitting that he consumed cannabis while on national team duty.

Investigated by the Central Narcotics Bureau, Schooling tested negative in urine tests for controlled drugs but confessed to cannabis use as he trained and participated for the Southeast Asian Games in Vietnam in May.

Schooling went on to win three medals in Vietnam, bagging gold in the 100m butterfly and 4x100m medley and a bronze in the 4x200m freestyle.

“I am sorry that my actions have caused hurt to everyone around me, especially to my family and the young fans who look up to me,” he said.

“I gave in to a moment of weakness after going through a very tough period of my life.”

The only Singaporean to win an Olympic gold medal when he ruled the 100m butterfly in the 2016 Rio de Janeiro Games, Schooling enlisted for mandatory national service in January.

He took a break from national service to train and participate for the SEA Games.

Schooling has been referred to the Ministry of Defense and will undergo a supervised urine test regime for six months.

Moreover, Schooling has been stripped of his privilege to take a leave to train or compete while he is in national service, which means he is likely to miss the SEA Games and the Asian Games next year.

“I demonstrated bad judgment and I am sorry. I made a mistake and I’m responsible for what I’ve done. I will make amends and right what is wrong. I won’t let you down again,” Schooling said.

Sport Singapore, the governing body for sports in the country, said it does not condone “unlawful or unsportsmanlike conduct.”

“All TeamSG athletes are expected to uphold the highest standards of conduct as representatives of Singapore on the sporting world stage, at all times,” Sport SG said. – Rappler.com