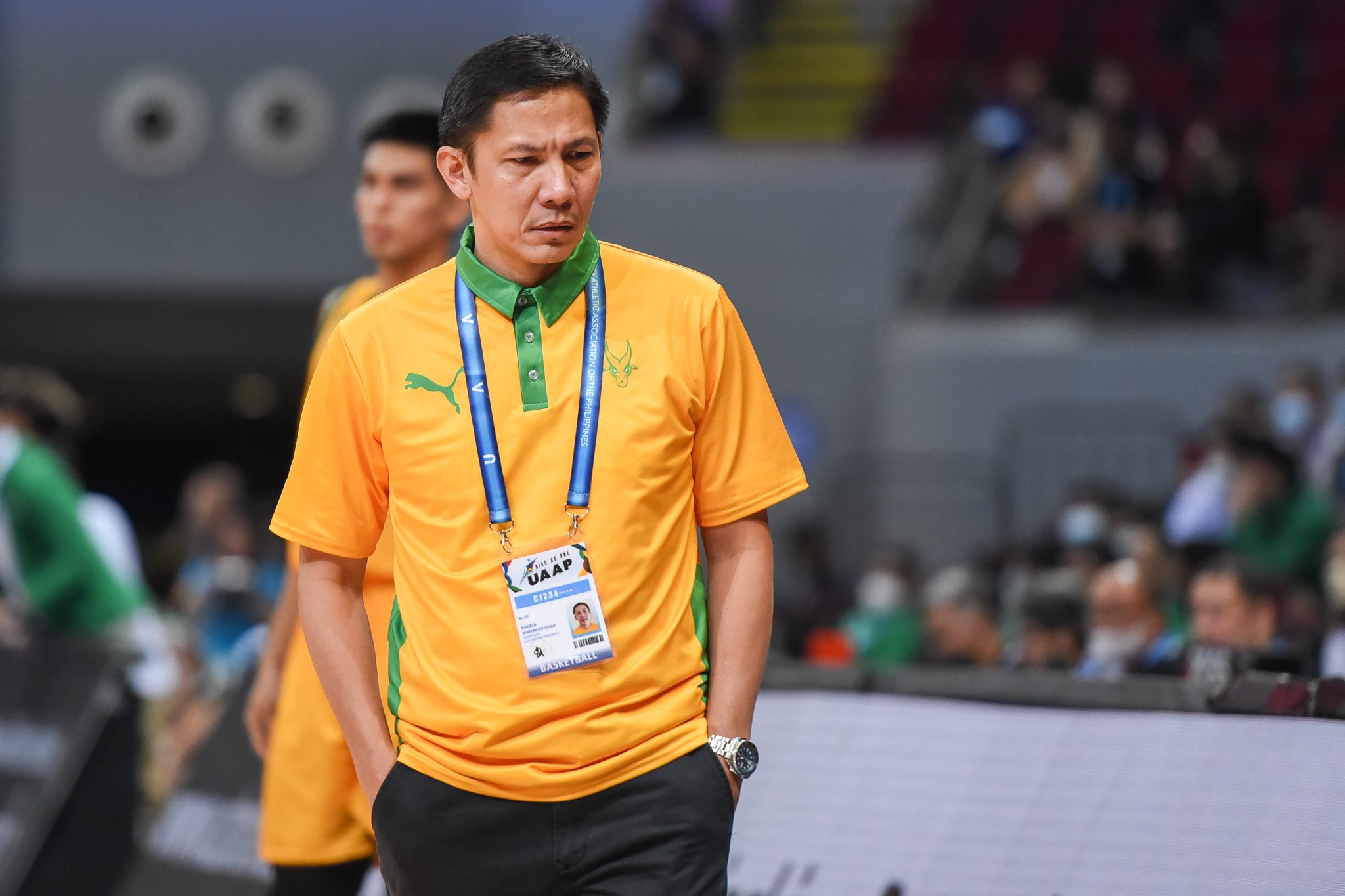 MANILA, Philippines – PBA legend Olsen Racela has stepped down as the head coach of the FEU Tamaraws men’s basketball team on Thursday, December 22, per team reports.

A nine-time PBA champion and six-time All-Star as a player, “Rah Rah” Racela got his first head coaching gig with FEU in 2016, and led the Tamaraws to four straight Final Four appearances from 2017 to 2021, before losing three of those four shots to reach the finals against his alma mater Ateneo.

After continuing a streak of success that lifted the Tamaraws to a then UAAP-best eight straight playoff appearances – a streak his younger brother Nash started in 2013 – Racela hit rock bottom in UAAP Season 85 after his team started the season 0-5, and never recovered well enough.

Although the young FEU gunners rallied and wrapped up the season with a 5-9 record, the comeback effort fell way short of the Final Four as the Tamaraws limped to seventh place – their worst finish in 26 years.