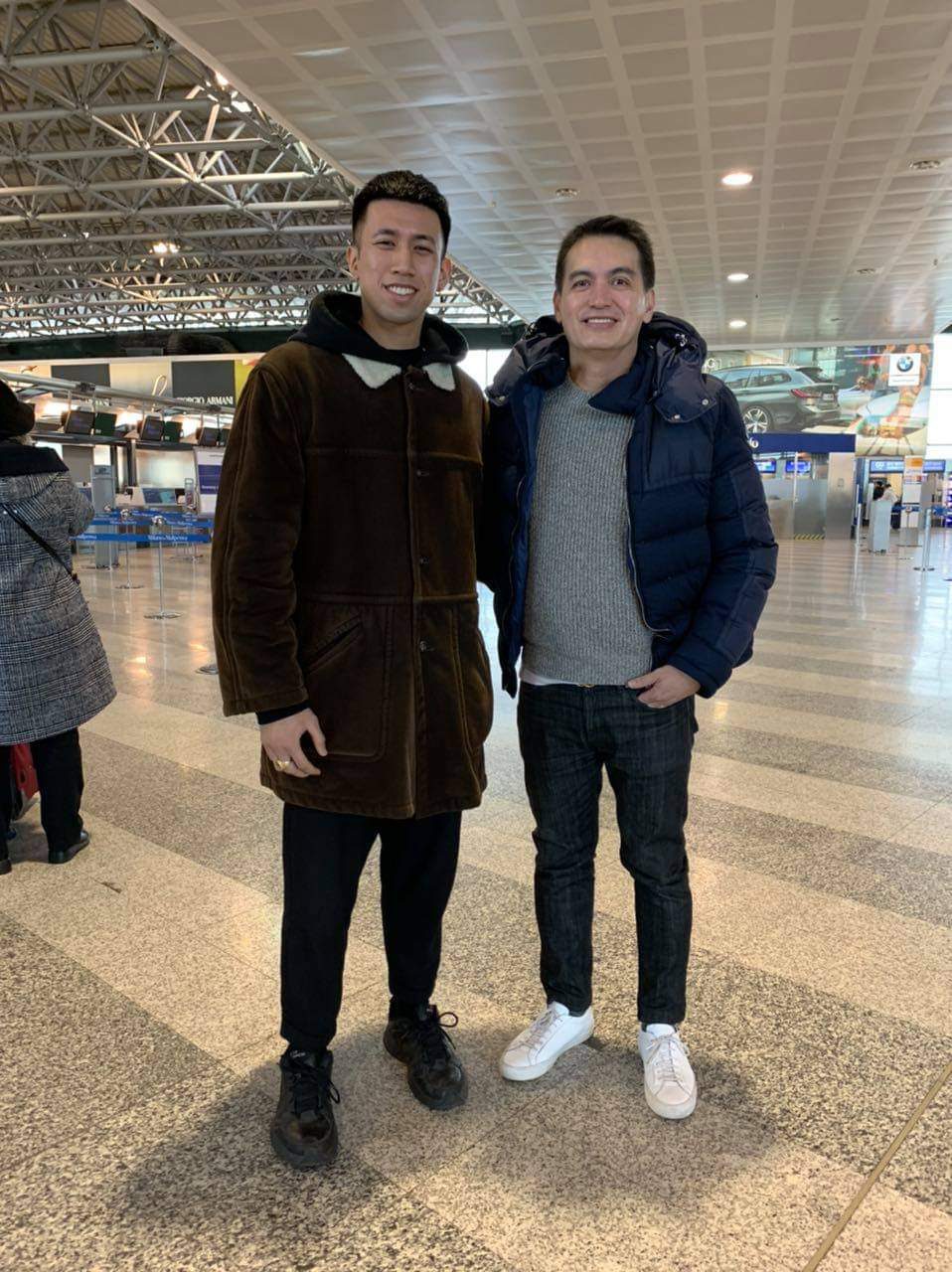 The veteran coach confirmed that Delos Reyes, who played in Milan, Italy, has enrolled at Adamson University and will have 4 seasons of eligibility if league basketball action returns in early 2021.

The 21-year-old Delos Reyes stands at 5-foot-11 and has been playing club basketball in Italy since he was 13 years old, with a few podium finishes for his team under his belt.

He played at leagues like POL SDM, Milano3, and Basketown Milano.

“He’s already quite mature for his age in terms of basketball experience,” Pumaren told Rappler on Thursday, August 20.

Known as a dead-eye shooter, Delos Reyes was personally recruited by Pumaren when the coach met his family in Milan last December.

“He was raised in a traditional Filipino manner and they appreciated it when I went out of my way to visit them,” said Pumaren, who added that Delos Reyes is the “typical” and “physical” type of European player that can play either of the guard positions.

In his highlights, Delos Reyes displays an ability to move without the basketball and spot up beyond the three-point line for kick-out opportunities, similar to a young Jerrick Ahanmisi.

He should be able to fit in Pumaren’s offensive system which utilizes the players’ speed, movement, and shooting ability.

The Soaring Falcons are aiming to bounce back after missing the UAAP Final Four in 2019.

Since Pumaren took over as Adamson’s head coach in 2016, they made the Final Four 3 straight years and came closest to making the finals in 2018.

Pumaren is also aiming for his first UAAP title since 2007, when he coached the La Salle Green Archers.

The brother of Derrick and Dindo, Franz was also the coach that led La Salle to a four-peat run from 1998-2001, which catapulted his reputation to being one of Philippine basketball’s best mentors. – Rappler.com