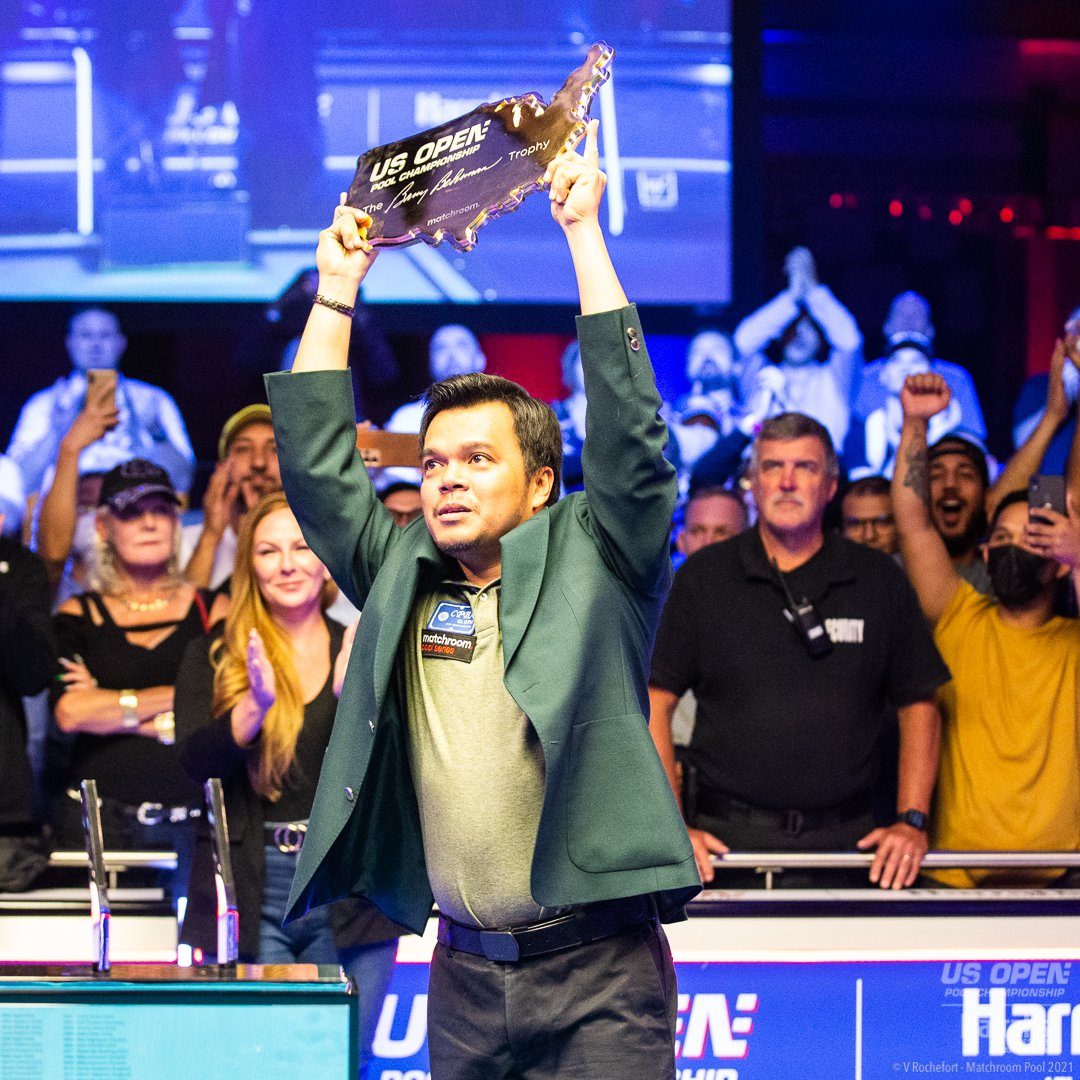 Carlo Biado authored a monumental comeback to rule the US Open Pool Championship with a gutsy 13-8 win over Aloysius Yapp in Atlantic City on Saturday, September 18 (Sunday, September 19, Manila time).

Buried in a 3-8 hole by the Singaporean, Biado displayed immense composure and snared the next 10 racks as he became the first Filipino to win the prestigious tournament since Efren “Bata” Reyes in 1994.

Filipino-Canadian Alex Pagulayan reigned supreme in the 2005 edition, although he represented the Great White North during his title run.

“I’m very happy because this event is one of my dreams,” said Biado as he wiped away tears while being cheered on by fans in attendance.

Biado seized an early 3-1 lead until Yapp hit his stride and won the succeeding five racks for an 8-3 advantage.

The 37-year-old Biado, though, chipped away at his deficit and eventually took a 9-8 edge, capitalizing on Yapp committing a costly scratch in the middle of the 17th game.

Yapp never got on the scoreboard again as Biado held his nerve en route to pocketing the grand prize of $50,000 (around P2.5 million).

“This is the best time of my life,” Biado said before he was given the traditional green jacket and the championship trophy.

It was a scintillating campaign for the pride of La Union, who fought back from the losers’ bracket to become one of four Filipinos to reach the quarterfinals of the 256-man tournament.

Biado then beat compatriot Johann Gonzales Chua, 11-10, in the last eight and turned back Japanese Naoyuki Oi, 11-9, in the semifinals to set up a championship clash with Yapp.

Yapp prevented an all-Filipino title duel as he toppled erstwhile unbeaten Dennis Orcollo in the semifinals, 11-6.

Chua and Rodrigo Geronimo, the other Filipino to make the quarterfinals, each bagged $6,750 (around P330,000).