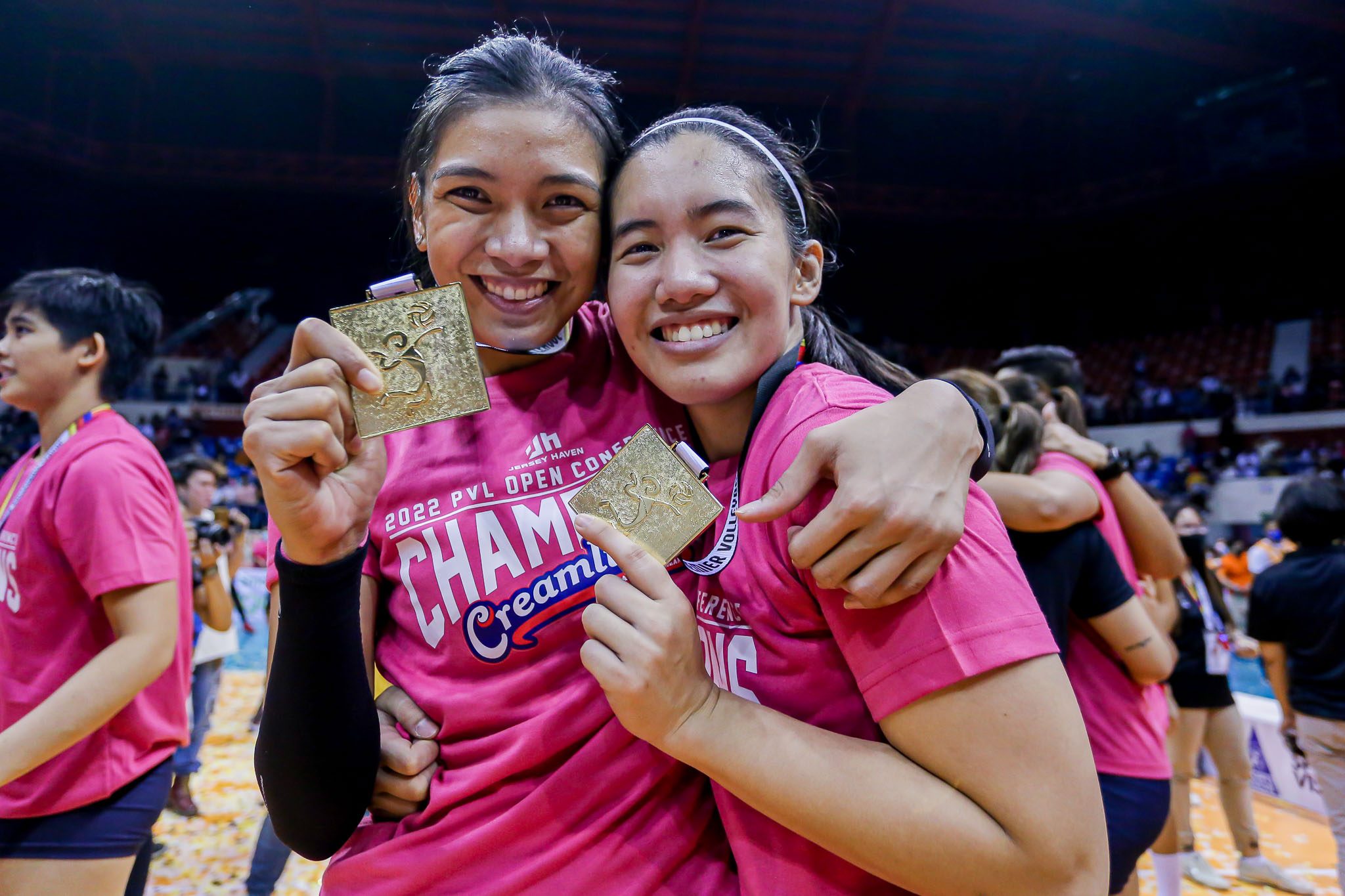 ASIA'S BEST. PVL squads vie for volleyball supremacy in the 2022 Invitational Conference boosted by guest teams from Japan and Taiwan.

Facebook Twitter Copy URL
Copied
Following a grueling PVL Invitationals title run and a historic AVC Cup finish, the Creamline Cool Smashers are once again off to represent the Philippines in the ASEAN Grand Prix in September

MANILA, Philippines – The Creamline Cool Smashers are once again off to another international tournament as they are set to represent the Philippines anew in the first round of the 2022 ASEAN Grand Prix in Nakhon Ratchasima, Thailand, from September 9 to 11.

This will be the two-time defending Premier Volleyball League conference champions’ third tournament in a month after winning the PVL Invitationals title last August 14, and playing six games in seven days to cap off a sixth-place finish in the Asian Volleyball Confederation (AVC) Cup for Women.

Two-time PVL MVP Tots Carlos and multi-time PVL Best Setter Jia de Guzman are again expected to banner the Cool Smashers, as they patiently await the recovery of team captain Alyssa Valdez, who missed the AVC Cup due to a bout with dengue.

“I can’t give a sure answer right now, but hopefully, she can return, as she’s recovering quickly,” head coach Sherwin Meneses said in Filipino. “Of course, it’s just different if you have Alyssa on your team, but her health is our main concern first, if she can even make it back. We’ll know in the coming days.”

“We’ll have a two-day break, then we’ll return to practice,” Meneses continued. “Hopefully, we can bring the exposure we got in the AVC to Thailand.”

Round one of the Grand Prix will feature three straight game days for all four participating nations: the Philippines, Indonesia, Vietnam, and Thailand. The second round’s dates and venue have yet to be announced.

The Filipina spikers finished third in the tournament’s inaugural run in 2019 with a 2-4 record, behind Thailand’s 6-0 run and Indonesia’s 4-2 finish. – Rappler.com