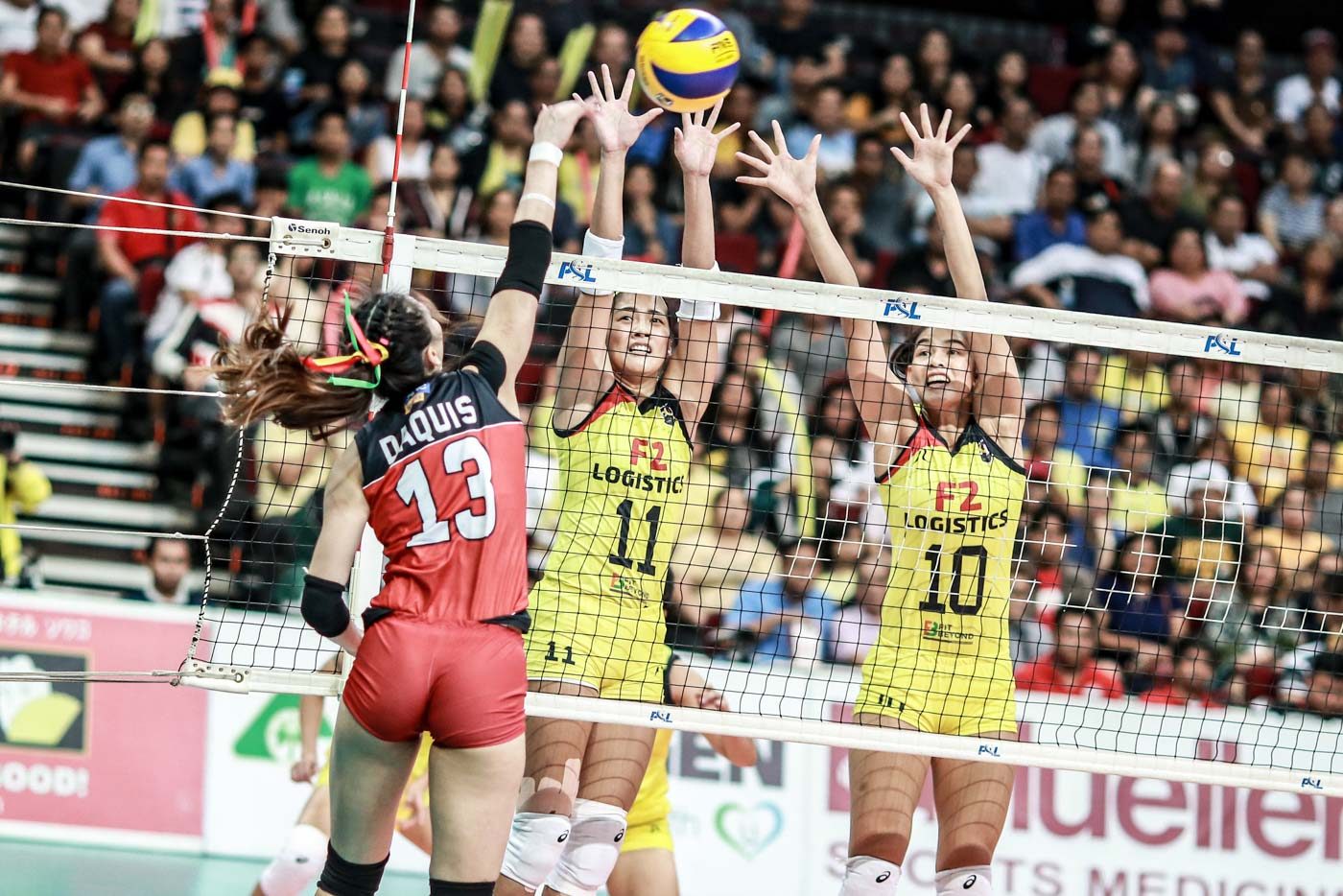 VOLLEYBALL ACTION. The PSL is set to bounce back from a year of no volleyball action.

It might be a busy 2021 for the Philippine Superliga (PSL).

The PSL plans to hold 4 conferences starting with the PSL Invitational Beach Volleyball Challenge Cup in February in the hopes to revive local volleyball action that has been halted for over half a year due to the coronavirus pandemic.

The three-day tournament was slated to kick off on November 28 to 30, but the league decided to postpone it due to the likely inclement weather for the next two months, according to advisories released by the Philippine Atmospheric, Geophysical, and Astronomical Services Administration’s (PAGASA)

The regular indoor conference is slated to start late February or early March, while the second is set for June or July, and the final conference will take flight in October.

However, it is still up to the approval of the Inter-Agency Task Force (IATF) and local government units where the training and tournament will take place.

“All of these things are still premised on the IATF approval both the national and regional level. And of course, in the cooperation of local government units concerned where we will have our competitions and practice,” said PSL chairman Phillip Ella Juico in the weekly Philippine Sportswriters Association forum.

Despite the postponement of the initial calendar of events, Juico is still proud that the PSL has been granted permission to hold tournaments alongside national leagues like the Philippine Football League, the Chooks 3×3 basketball league, and the Philippine Basketball Association.

“We are very happy that PSL was granted this permission. It’s the first non-professional league that was given a permit,” he said.

“Second, it is the only women’s league and that speaks mouthful about gender equity and gender equality. Third, we are the only organization that managed to claw our way up to the approval process because it is a very difficult process.” – Vince Roque/Rappler.com