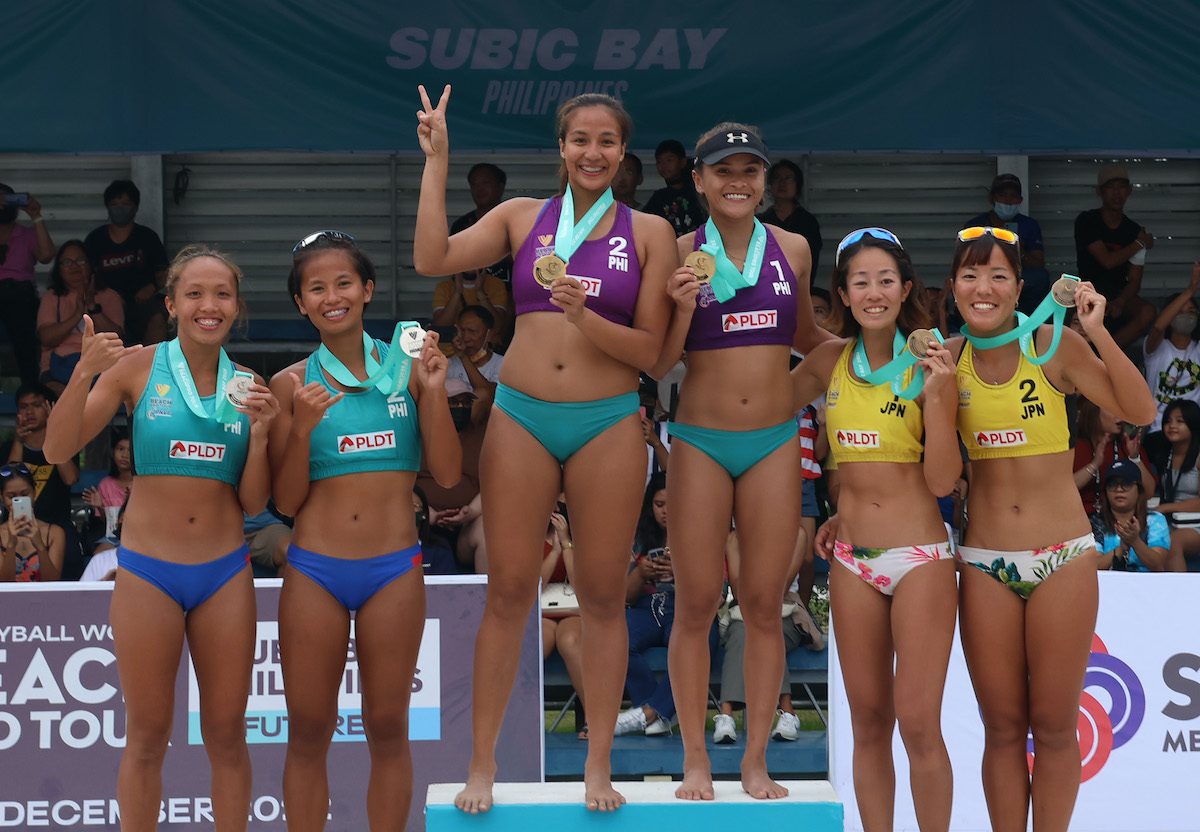 Rondina battled through cramps and scored 3 straight points to clinch the title in the tournament where teams from Asia and Europe also competed.

Eslapor fired 4 consecutive aces to pull her side within striking distance in the final set, 10-12, but Rondina fought back and delivered the win-sealing plays.

“We were tired…after having gone through the competition, the pressure, and the strong opposition,” said Rondina.

“I could hardly jump, even during our pre-final training.”

The Rondina-Gonzaga pair can now rest after a grueling three-day stretch that saw them play five matches, toppling squads from Canada, Czech Republic, Japan, and Israel.

“Credit to them, they are also good and strong,” said Gonzaga.

“The result augurs well for Philippine volleyball, and for sure, the PNVF national team program will push toward getting better in the international arena,” Suzara said.