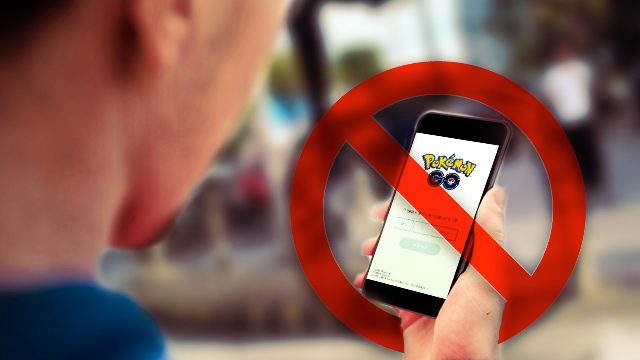 Since the game launched locally on Saturday, August 6, its widespread popularity has been felt on city streets where one would occasionally see throngs of adults with their smartphones up – as if hunting for network signal.

They’re looking for Pikachu and other pocket monsters.

The hunt has apparently bothered one Quezon City councilor enough to file a resolution requesting for the prohibition of certain aspects of the game, and its ban in schools, churches and government offices in his city.

Francisco also asked Go developer, Niantic, Inc., not to “install lure spots or Pokespots in inappropriate places such as government offices, schools and churches for reasons of public safety and human decency” according to a news release from the Quezon City Public Affairs Office sent Thursday, August 18.

It added that “as stated in the resolution, lure spots can be installed in pubs, train stations, interesting architecture, malls and other edifices.”

What the resolution wants to go against is the fact that there have been “Pokestops,” places where a player can battle with another Pokemon Go player, that have been deemed insensitive. Mentioned in the news release are the Holocaust Memorial Museum and the Arlington National Cemetery both in the US, accidents involving the game, and the Quezon City government’s assumption that it might negatively affect productivity in government offices.

A copy of the resolution, once approved, will be furnished to Niantic’s founder and CEO John Hanke to expedite action, the news release says.

RollingStone.com has a longer list of these sensitive “Pokestops” (places where players can do Pokemon battles), which includes the aforementioned Holocaust Memorial Museum and the Arlington National Museum.

A report on Time.com on the positive and negative real-world effects of the game lists incidents where players have gotten robbed, gotten involved in car accidents, and fallen off cliffs. – Rappler.com