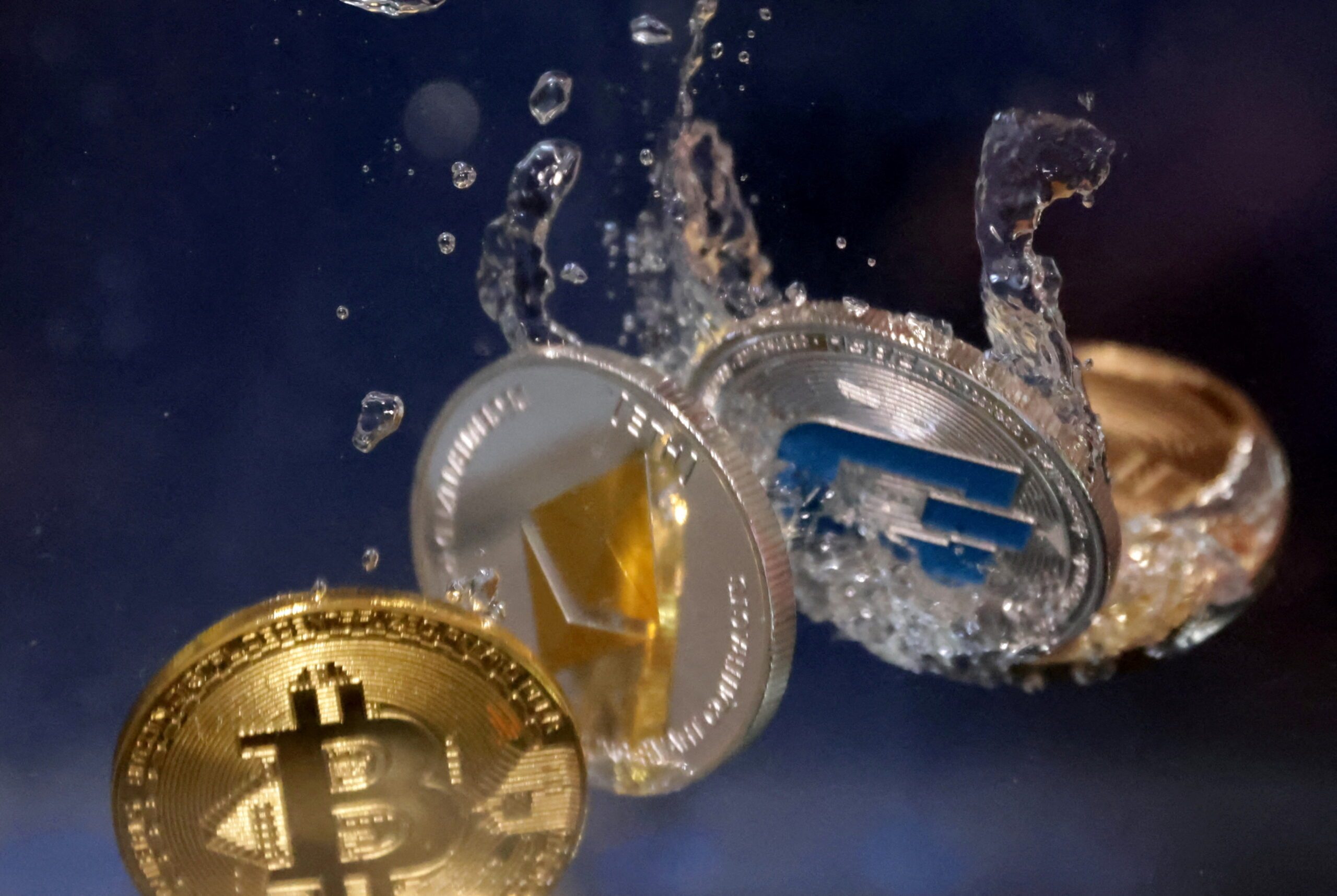 CRYPTOCURRENCY. Representations of cryptocurrency Bitcoin, Ethereum and Dash plunge into water in this illustration taken, May 23, 2022

Ukraine, battered by three months of war, plans to continue to tap crypto investors to help raise funds after a plunge in prices decimated the country’s fundraising efforts in May.

On March 19, the government’s “Aid for Ukraine” fund said it had raised more than $60 million worth of cryptocurrency. But two months later, on May 19, the total raised was worth $51.5 million, Ukraine’s deputy minister for digital transformation Alex Bornyakov said.

Cryptocurrencies have fallen sharply in recent weeks. Bitcoin has lost more than 20% of its price so far in May, following a 17% drop in April, highlighting the risks faced by holders of the highly volatile assets.

All the funds raised in the “Aid for Ukraine” fund were stored in cryptocurrency but the government was able to spend $45 million of it on equipment for Ukraine’s army before the crash, Bornyakov said in written responses to Reuters questions.

Ukraine has been funding its war effort in part with cryptocurrencies. The year before the war saw a rise in bitcoin donations to Ukrainian volunteer groups, some of which supplied equipment to government forces.

While crypto may provide some much-needed funds, Kiev estimated it needs $15 billion over the next three months to help its war-torn economy recover.

Despite the volatility, crypto assets still appeal to Ukrainians seeking to raise funds.

It is following the lead of Ukraine’s Ministry of Digital Transformation, which has raised 286 ether (around $550,000) with its online “Museum of War” NFT collection.

Obolon plans to sell 5,000 NFTs for 0.1 ether (around $200), which can be exchanged for a commemorative beer bottle after the war.

“This project is directly to help us continue to scale, because today the financial situation in the company is difficult because in Ukraine the economic situation is very difficult,” Olexander Chub, Obolon’s director of foreign trade, said in a video interview. – Rappler.com