Facebook Twitter Copy URL
Copied
Remember when reactions were limited to likes, the Timeline was the Wall, notifications were filled with Farmville requests, and getting 5 likes for your status update was already a huge feat?

Most of us don’t, either.

Much has changed since Facebook – then TheFacebook – was developed in 2004 by Harvard students as a social networking site for fellow students in the university. Today, we know Facebook as the biggest, most widely used social media network in the world, the impact of which can be seen in how it has radically reshaped culture, communication, and in more alarming instances, democracy.

If it hasn’t occurred to you yet, cover photos didn’t exist until 2011. Messenger wasn’t a standalone app until 2014 – and here we thought it’s been around since forever.

As we enter the new decade, let’s take a look back at how Facebook has evolved in the last 10 years.

Facebook welcomed the new decade by hitting milestones in the social media industry. In 2010, the social media giant announced that they had hit its 500 million-user mark. In the same year, there were already 50 billion photos stored on the service.

To save its users from the inconvenience of manually tagging friends and family in vacation albums and photos, Facebook launched its facial recognition technology, which automatically suggested certain friends’ profiles for certain faces.

Additionally, after its launch of the Like button for status updates in 2009, Facebook also enabled liking comments shortly the following year.

It was in 2011 that the social media website rolled out one of its major updates to date, introducing a whole new design: the Timeline.

While looking relatively “primitive” when put side by side with the Timeline that we know today, the 2011 rollout saw Cover Photos for the first time, as well as the algorithm that highlights users’ major “life events.” On the right side of a Facebook profile page was a Timeline slider which helped users jump to a particular life event or post without having to manually scroll their profile. The Activity Log was also introduced, allowing users to monitor their Facebook activity, including comments on photos, and sharing and liking posts. Following this overhaul in 2011, updates on the Timeline were kept to a relative minimum in 2012. These included the Edit option for comments and the “seen by” feature in Facebook groups, which provided a list of members who had seen the post. Hence, the birth of “read receipts.” (Lurkers, no lurking.)

With the continuing rise of smartphones, the social media giant also shifted to a “mobile first” strategy, which meant that developing mobile products was top priority. This transformation saw the launch of their native iOS app, reported to be twice as fast as its earlier mobile app versions.

Moreover, in October 2012, only two years after gaining 500 million users, Facebook became the first-ever social media network to hit the 1-billion-user milestone, making it the largest social media platform yet.

In 2013, Facebook introduced the Feeling/Activity feature for status updates, which allowed users to post what they were feeling, watching, reading, drinking, eating, or listening to. It was also in 2013 that the social media powerhouse launched Free Facebook in the Philippines, which offered zero-data charge access for users in an effort to expand its market in Asia. While reported to be easy to navigate, the free service did not offer access to photos, videos, or links. (READ: Is free Facebook worth checking out?) In 2014, Messenger officially became a standalone app which users had to download in order to continue using. (READ: Facebook to force Messenger download for mobile chat) In the same year, Facebook also introduced personalized video cards. The “Say Thanks” feature allowed users to customize themes, add photos, and write a personal message to their chosen friend.

Facebook rolled out its On This Day feature in 2015, which showed content from that particular day in previous years. This included status updates, posts the user had shared, and photos in which the user had been tagged. In the same year, Facebook also changed its logo so minimally, we almost missed it. In 2016, Facebook rolled out React buttons across the globe. Facebook Reactions served as a mood meter for posts, allowing for Love, Haha, Wow, and Angry reactions apart from Likes. 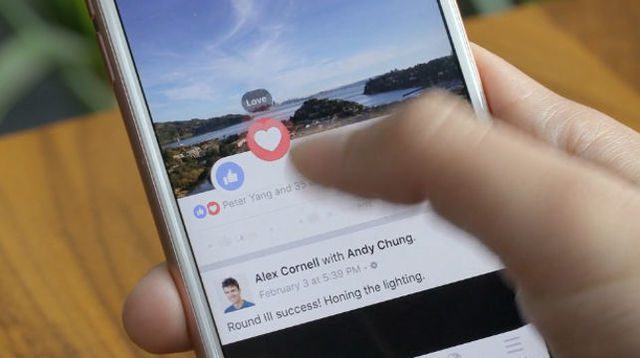 It was also in 2016 that users finally bid goodbye to dull text posts: Facebook launched a feature that allowed users to add background colors to text-only posts. “We want to make it fast and fun for people to share creative and expressive photos and videos with whoever they want, whenever they want,” Facebook told TechCrunch. Facebook introduced 3D photos to the platform in 2018. Similar to 360-degree photos, 3D posts were interactive, adding a layer of depth to the image by tilting the mobile device or dragging the pointer on desktop.

The year 2019 saw quite a number of significant changes on Facebook – from its bid to penetrate the online dating market, to a new corporate logo, to a controversial slogan change.

One of the main features of Facebook Dating, Secret Crush, attempted to help users make connections with people who were already their friends on Facebook. Users could add up to 9 friends on their Secret Crush list, but these crushes would only be notified if they put you on their list too – a Secret Crush match. This perhaps is Facebook Dating’s most novel feature, as most dating apps pair users up with people likely outside their immediate social circle. About two months after launching its Dating feature, Facebook unveiled a new logo for its parent company. The move aimed to highlight the Facebook brand, which operated a range of apps and services including messaging, photo-sharing, and virtual reality, and was developing wallets for digital currency. (READ: New Facebook logo arrives as its ‘family’ grows)

In October 2019, the social media powerhouse also introduced Facebook News, a dedicated place for news which allowed people more control over the stories they see, and the ability to explore a wider range of their news interests, directly within the Facebook app.

Moreover, in the same year, users spotted a change on the website’s homepage – its slogan, which for more than a decade read, “It’s free and always will be,” was updated to, “It’s quick and easy.”

With no official announcement or statement from the network, and with the update being considerably easy to overlook, Facebook’s quiet omission of “free” in its slogan sparked controversy, including speculations that the social media giant was becoming a paid platform. (READ: Facebook changes ‘It’s free and always will be’ slogan on its homepage) However, lawyer and digital law expert José Antonio Castillo told Business Insider that Facebook has never been “free” in the first place. “Facebook’s currency was and still is its users’ personal data. It’s never been free, though, because data is worth a lot of money.”

So what awaits Facebook users as we enter the new decade?

While no official announcement of new designs or features has been made yet, developers are already looking forward to the F8 conference happening in May 2020. F8 is an annual developers conference where Facebook shares its vision for the year, features its product demos, and highlights its latest technology.

What new features or updates would you want to see in 2020? Sound off in the comments! – Rappler.com