Facebook Twitter Copy URL
Copied
Starting out as a blog, Audrey Pe's Women in Tech has evolved to become an organization putting up workshops, conferences and talks promoting STEM, and gender equality to young women all over the country

Perhaps Audrey Pe is among the youngest STEM activists in the Philippines. At 18, she has already spoken before the United Nations and has helped introduce the benefits of technology to hundreds of Filipino students across the country. But it had not always been that easy for her to do so.

Growing up, Pe had been continuously discouraged for going into technology. Her classmates warned her that she would be the only girl in the room if she’d decide to take computer science. Her teachers even told her that she doesn’t fit in a technology-related career. She couldn’t even name any woman in technology.

“So that’s when I started WiTech,” Pe told Rappler.

Women in Tech or WiTech is a non-profit organization which aims “to educate, inspire and empower the youth to break gender stereotypes and make a difference using technology.” Pe founded WiTech in 2016, when she was a high school sophomore.

“WiTech launched as a blog. In the beginning, as I was Googling woman in tech, I found these profiles of women in tech from Instagram, Twitter, and I’d ask them questions, get mentorship when making these articles, so they were also really supportive. They would post on Facebook to like and subscribe to my blog. At the time, I was really just doing it for fun,” said Pe.

Pe looks up to the likes of American lawyer and politician Reshma Saujani who launched Girls Who Code, and Accenture Philippines’ senior managing director and global artificial intelligence capability lead, Ambe Tierro. (READ: Who run the world? 4 women who slay in science and tech)

Her biggest challenge when they were starting WiTech was that she was in high school and sometimes people didn’t take them seriously.

“The biggest challenge as a whole has been we’ve been underestimated because of how old I am as the founder and executive director, and also how old my team in general is,” she said.

The WiTech team is composed mainly of high school students and college freshmen. The oldest member was 23 when she joined, Pe said.

“We’d walk into meeting rooms and I remember in the beginning of WiTech, when we [were] trying to get funding for a Women in Tech Conference or a venue to begin with, I walked into these fancy corporate meeting rooms and then people would joke, ‘How old are you?’ Then I’d say, ‘I’m 15,'” she recalled.

“They’d say something like, ‘Shouldn’t you be in school?’ and then they’ll laugh about it. Then they’d say, ‘Wow, 15!’ At the same time, it stung because I feel like they weren’t taking me as seriously as the other non-profit founders.”

From a blog, WiTech has been continuously expanding as a non-profit organization. Through WiTech, Pe and her colleagues have traveled to different parts of the Philippines such as Marawi and Bohol to conduct discussions on STEM careers and programming, organized conferences that introduces women in technology to youths, and gathered people in smaller talks about gender equality. 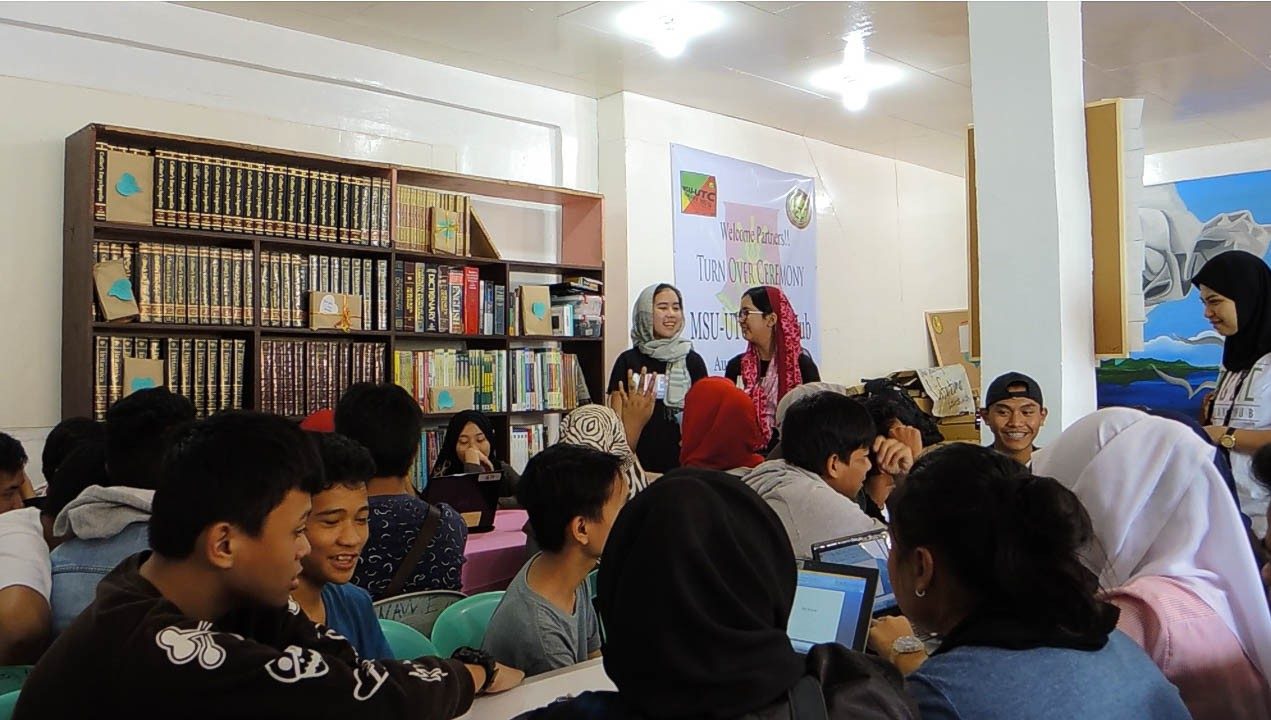 WiTech has partnerships with a number of companies and organizations such as Accenture, Voyager and Ideaspace. In 2019, Pe had the organization formally registered under the Securities and Exchange Commission.

Pe has been accepted to take her college studies in Stanford University in the USA. She’s scheduled to start in September 2020. Before leaving the Philippines, Pe has been preparing for the smooth transition for the organization.

“Before I leave, we’re going to be easing the transition of responsibilities, and the 2 co-heads here will handle the operations in the Philippines – whereas I will act more towards shifting my focus for resources in the United States to be brought here. [We’re] mainly looking for secondhand laptops that we can use for WiTech-Teach programs,” she said.

Pe has her eyes set in studying the intersection of science, technology and society, knowing that this will help her work on WiTech and continue her advocacy toward closing the gender and tech accessibility gap in the Philippines. She hopes that WiTech can help the Filipino youth be able to get into tech regardless of gender or socioeconomic status. (READ: Who run the world? 4 women winning in media and entertainment)

“The gender gap is such a big thing here not being talked about. This dream was also shaped by going to sites for Women in Tech Teach program; seeing kids in Marawi code for the first time, seeing that excitement, that light behind their eyes when they make a cat go dance because of code, and [myself] just thinking that this shouldn’t be a privilege,” she said.

“Unfortunately right now, in our country, tech is very much a privilege – to know how to code, to have access to even a laptop or WiFi… Learning about how so many kids have never heard of computer science before, and the excitement that they experience when they code for the first time… that is something that I want to make accessible for every single Filipino student in the future, maybe in 10 years, maybe in 20 but that’s what we’re working towards,” she added.

While almost half of the Filipinos working in science and technology fields are women, the country lags behind in terms of technology. In 2020, internet penetration in the country is at 67%, according to Digital 2020 report by Hootsuite. Two out of 3 Filipinos aged 16-64 have a laptop or desktop computer, the report also said.

Meanwhile, the 2020 Inclusive Internet Index by The Economist Intelligence Unit and Facebook, the Philippines was ranked 63rd overall. In the same report, the Philippines ranked 57th in internet usage, 73rd in quality of internet, 51st in infrastructure, and 66th in electricity.

“The Philippines is among Asia’s weaker countries in advancing Internet inclusion, ranking 19th out of 26 nations in the region. Affordability levels of smartphones and mobile data are low in the global context, and mobile users are burdened by relatively slow download and upload speeds. A bright spot is the progress in making the Internet accessible to women,” the report said.

Despite these challenges, Pe is determined to help close the gender and accessibility gap through WiTech.

“In Witech, we often get asked, when does the work stop? Is it when we get 50-50? And we say like yes and no, because yes, we want it to be 50-50 but we don’t want it just to be like the middle to upper class 50%. We need it to be a diverse 50%, and we’ll only get that with the right infrastructure, the right curriculum, the right resources, the right teacher training to get the curriculum taught. It’s like a lot of different puzzle pieces that need to come together,” she said. – Rappler.com