MANILA, Philippines – The hashtag #BoycottCNN has been making waves on social media, most evidently on Twitter, where it trended on-and-off – depending on where you live – for a good part of August.

It’s not a good look for the news network, especially after its inclusion into a new global media giant known as Warner Bros. Discovery, but the hashtag is part of a bigger story.

Much like how part of the story of the hashtag’s visibility hinges on people actively wanting CNN to fail, one other point that needs to be made is that #BoycottCNN is also a call by those who want CNN to succeed, by providing accountability journalism wherever it is needed.

CNN fell under new leadership back in April, after Discovery took control of HBO, CNN, and Warner Bros. to create the media giant Warner Bros. Discovery.

Most of the attention has been focused on HBO, with the new management, led by CEO David Zaslav, gutting the service and canceling shows and movies, such as the nearly-finished Batgirl movie.

Also of note, however, is the reported shift in direction for CNN amid a growing divide between left and right-leaning media and consumers and a general drop in viewership.

In this case, CNN was seen as a left-leaning counterpoint to Fox News, which generally has opinionated counterpoints critiquing CNN coverage of Republican-related topics. For example, Fox News on September 1 criticized a CNN correspondent who called US President Joe Biden’s condemnation of MAGA Republicans “very, very patriotic.”

In terms of viewership, Forbes reported in February that Nielsen surveys pointed to “deep declines in viewership across all day parts—total day and prime time.”

The New York Times reported in August that there was an expected dip in CNN’s profitability. S&P Global Market Intelligence projected CNN was set to get $956.8 million in profit – the first time since 2016 when it had profit under $1 billion.

According to The Guardian, David Licht, who took over as head of the news network after the departure of senior executive Jeff Zucker in February, has indicated wanting to tone down the opinion-laden aspect of CNN’s journalism to a return to a style of reporting that’s considered straight news.

Part of the dialing down of opinions on CNN – and likely one major cause for the hashtag trending – was the cancellation of long-running media affairs show Reliable Sources, hosted for the past nine years by Brian Stelter.

For 30 years, Reliable Sources served as a Sunday morning talk show focusing on analysis and commentary of the news and of news media, but that ended last August 21, when Stelter and the show signed off, likely to pave the way for more straight news reportage.

In his final Reliable Sources outing, Stelter placed on media consumers the responsibility of holding not just CNN but the media industry accountable to the truth. 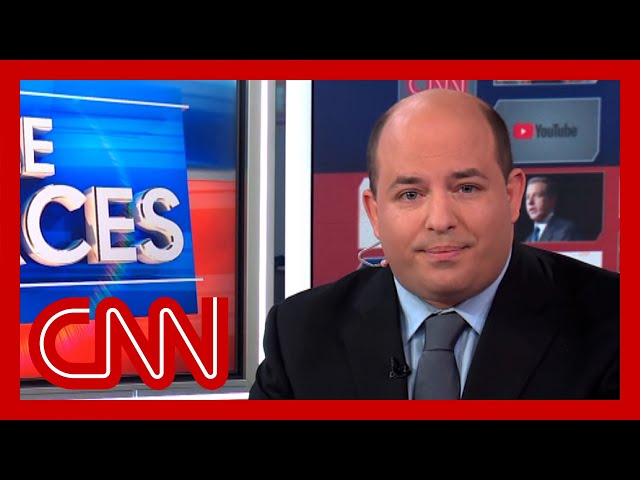 Another part of this story was this apparent shift towards centrism. Mediaite, citing a New York Times report, said, “leaders of CNN’s new corporate parent, Warner Bros. Discovery, have suggested that they want the network’s programming to have more straight news reporting and fewer opinionated takes from hosts.”

Based on tweets related to #BoycottCNN, critics said CNN anchors and hosts appeared less likely to strongly push back on evasive statements or omissions and lies, a possibility with less opinion-based reporting as part of the programming.

For instance, Mediaite on August 30 noted how CNN’s John Avlon called Biden’s referring to “extreme MAGA philosophy” as “semi-fascism” unhelpful to Democrats ahead of the midterm elections.

On August 31, CNN political reporter Eva McKend warned that a Biden speech where he slammed Republicans opposing the FBI going to Mar-a-Lago to retrieve documents from Donald Trump’s home and dismissed “defund the police” calls were potentially alienating to Democratic voters who support police reform.

While such opinions and statements may hold some weight, in the eyes of news watchers who used to tune into CNN, this shift towards centrism, which one Twitter user called a “‘radical shift’ in CNN’s reporting bias towards the right,” hurts the credibility of CNN as a news organization that should be accountable towards putting truth up to the light.

One Twitter user commented that this apparent centrism was an attempt “to ‘both sides’ authoritarianism and fascism,” and that “every employee who can afford to should be speaking out.”

More to the point, a subsection of tweets pointed towards growing disappointment toward the centrist shift, which they see as an attempt to bolster its existing audience by poaching off right-leaning competitors, most notably Fox News.

In his final address on Reliable Sources, Stelter pointed to finding nuance in the truth, and in discussing opposing viewpoints rationally without resorting to lies.

Ultimately, the story behind the hashtag to boycott CNN is one of deep concern for the network. It’s a call by people seeking facts and truth for CNN to continue calling out lies as they come.

As Stelter said on his last show, “It’s on all of us. We are all members of the media, all helping to make it better.” – Rappler.com