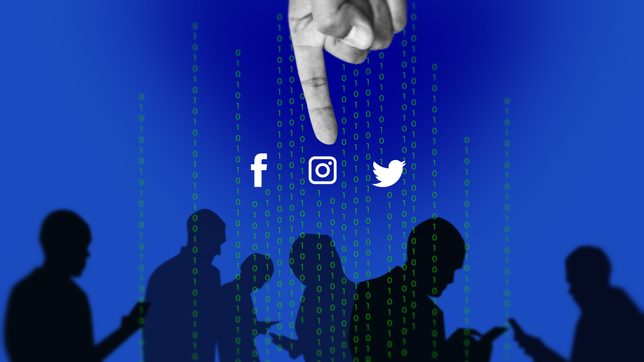 On a sweltering Monday morning in Manila, Nic Gabunada is sitting at his laptop, working from home. Gabunada is a former CEO of Omnicom Media Group Philippines and currently executive director of his own communications and marketing company. Before this, he served for two years as the head of President Rodrigo Duterte’s social media team and played an integral part of his 2016 election campaign.

In March 2019, Gabunada was linked to a network of 200 pages removed by Facebook for “coordinated inauthentic behaviour.” This opaque charge is most commonly levelled by the company at foreign influence and troll campaigns. So far, Gabunada is the only individual to have ever been named by the platform as the organizer of such an operation.

Despite the actions against his network, Gabunada’s methods have changed politics in the Philippines, where troll farms continue to churn out pro-government messages and attack opposition figures.

What is more, Gabunada believes that global platforms face a losing battle in trying to stem the spread of fake news. “No one can control what people can say on social media,” he told me, during a telephone conversation.

This is a particular concern during a global health crisis. As Covid-19 has rampaged across the globe, so too have anti-science narratives and conspiracy theories related to the virus. The Philippines has reported 21,895 confirmed cases of coronavirus and 1,003 deaths, so far.

The government’s handling of the situation has split the population and online discourse has become increasingly heated, with wild accusations and threats of violence made, often using troll accounts.

“Right now in the Philippines – we see offensive posts from both sides,” said Gabunada, referring to the deluge of relentless vitriol raging between pro and anti-Duterte supporters on various social media platforms on a daily basis. “There are newly created accounts on Facebook and Twitter participating in the exchange around the government’s Covid-19 response, but they still belong to one of two sides of the debate – anti or pro.”

Amidst one of the longest lockdowns in the world, Gabunada, like many of Manila’s 12.5 million inhabitants, watches all of this from home quarantine. As a healthy distraction, he has taken up kitchen gardening, growing vegetables at home.

As the coronavirus continues to plague the Philippines – the country’s health ministry recently reported its fifth straight day of over a thousand infections – the government has moved to silence all criticism. A new anti-terrorism bill which took effect last week has been singled out by rights groups who say it could give the president unprecedented power to target dissent rather than terrorism.

The bill permits warrantless arrests and allows authorities to detain individuals for weeks without charge, surveillance for up to 90 days and mandates punishment as severe as lifetime imprisonment without parole. At least nine petitions to revoke parts or the entirety of the law have been filed in the supreme court.

The new legislation follows a crackdown on the media’s ability to report on the government. In June, Maria Ressa, founder and executive editor of the news website Rappler, and a former colleague were convicted of cyber libel over a 2012 story that alleged drugs and human trafficking links between a businessman and a top judge by a court in Manila, a charge that they both deny.

Both have been fined $8,000 and could now face up to six years in prison.

Against this backdrop of repression, Duterte and his administration freely spread political and medical disinformation to Filipino citizens. In early February, the country recorded the first Covid-19 death outside China. The president’s reaction was to hold a press briefing, in which he assured everyone that the pandemic would “die a natural death, even without vaccines.”

The following month, however, he delivered an impromptu national address, in which he told police to kill quarantine violators. “My orders to the police and military,” he said, “If there is trouble or the situation arises where your life’s on the line, shoot them dead.”

As the crisis has played out, social media posts in support of his confused approach have become increasingly visible. Twitter accounts have been posting pro-Duterte propaganda, including lauding him for his “humility, respect, and gratefulness” and praising the anti-terrorism bill.

While many of the tweets appear to be the product of troll operations or bots, Gabunada maintains that the proliferation of pro-government social media hashtags are from legitimate supporters of Duterte.

“It is the nature of social media to encourage sharing of opinions and messages,” he said, by way of explanation.

However, in April, Twitter suspended hundreds of accounts tweeting under specific hashtags defending the Philippine government’s response to the coronavirus pandemic. According to the Washington Post, the accounts were “posting duplicate content across multiple accounts, creating duplicate or multiple accounts, and sending large numbers of unsolicited replies or mentions.” Most of the accounts posting pro-Duterte hashtags had “suspicious elements” such as bot-like numbers on Twitter account names and few followers. Many users were also new, with the accounts created in March or April.

Earlier this month, Facebook released a statement, saying that it was looking into “reports of suspicious activity” in the Philippines, after students, journalists and opposition figures found a deluge of impostor accounts made under their names prompting an investigation by government agencies. While the imposter accounts have yet to publish any posts, opposition senator Francis Pangilinan said he suspected the accounts targeted those who oppose Duterte’s anti-terror bill.

The weaponizing of social media can be traced back to the election in 2016. A 2017 Oxford University study found that Duterte spent $200,000 to hire up to 500 trolls during his presidential campaign the previous year. His social media strategy was overseen by Gabunada, who was working as a private contractor.

According to Gabunada, Facebook became a cheap and convenient vehicle for the Duterte campaign when the platform struck deals with local cellular operators, making it free to use in the Philippines for anyone with a smartphone.

Now, the Philippines has become home to hundreds of troll farms. In March, Reporters Without Borders released a study that explained how supporters of the president acting as “cyber-troll armies” are using “call center hubs” to disseminate “fake or maliciously edited content” and to conduct “targeted harassment campaigns” against opposition figures.

A NATO report published earlier this year found that troll farm employees can earn up to $1,000 per month working on political campaigns. The average monthly salary in the Philippines is $278 per month.

In an effort to maintain distance from political figures and parties, these operations are also run by private contractors hired by political candidates. But Gabunada says that the 2016 campaign also saw the rise of an online army made up of genuine Duterte supporters.

“At the end of the day, you wanted to convert people into campaigners and voters. Fake accounts can’t vote and paid trolls may not necessarily be there when a campaign needs to mobilize them,” he explained.

“We organized a network of volunteers to campaign and then we programmed a series of messages to post and amplify on social media accounts. We communicated with these organized groups and encouraged them to create their own Facebook groups and pages – all carrying the Duterte messages and getting as many within their circle to join them.”

Pushing back against disinformation

Pro-Duterte troll farms have lately come up against a growing number of fact-checking groups and ordinary Filipinos dedicated to debunking misleading claims.

Jecon Dreisbach, 24, is a former volunteer at a fact-checking organization named the Consortium of Democracy and Disinformation. Today, he works as an independent researcher and educator, specializing in issues of nationalism, politics and the media.

One of the biggest fake stories he has recently uncovered involved an April 2020 report by the Philippine News Agency that claimed “80% of Filipinos are satisfied with the government’s response to Covid-19.” The piece cited a survey conducted by a fake polling company based in Bulgaria.

For their efforts, activists such as Dreisbach frequently become the targets of coordinated online harassment campaigns.

“Whenever my criticisms of Duterte go viral, I get trolled,” he said.

One notable post threatened Dreisbach with a lawsuit, stating that his fact-checking work was “instigating people to overthrow the government during a state of public emergency.”

And that is not the worst of it. On May 13, a Duterte supporter posted a tweet threatening to cut off the head of journalist Barnaby Lo. Lo notified the Philippines’ National Bureau of Investigation, but so far the case has not been pursued.

While acknowledging that the Philippines is “at a critical juncture in its political history,” Dreisbach remains surprisingly stoic.

“It is my constitutional right to express my opinions against the Duterte regime,” he told me.

Dreisbach also believes that the tide is turning. He largely attributes this change to the government’s handling of the coronavirus and its aggressive use of online platforms to spread misinformation and silence opposition voices.

“I am hopeful that Filipinos will be more critical of the policies and disinformation propaganda implemented by the regime,” he said. “Duterte may take advantage of the vulnerabilities we experience in this pandemic to advance his authoritarian desires, but the sovereign Filipino people will march for their fundamental human rights and justice.” – Rappler.com

Lynzy Billing is a journalist and photographer based between Afghanistan and the Philippines.