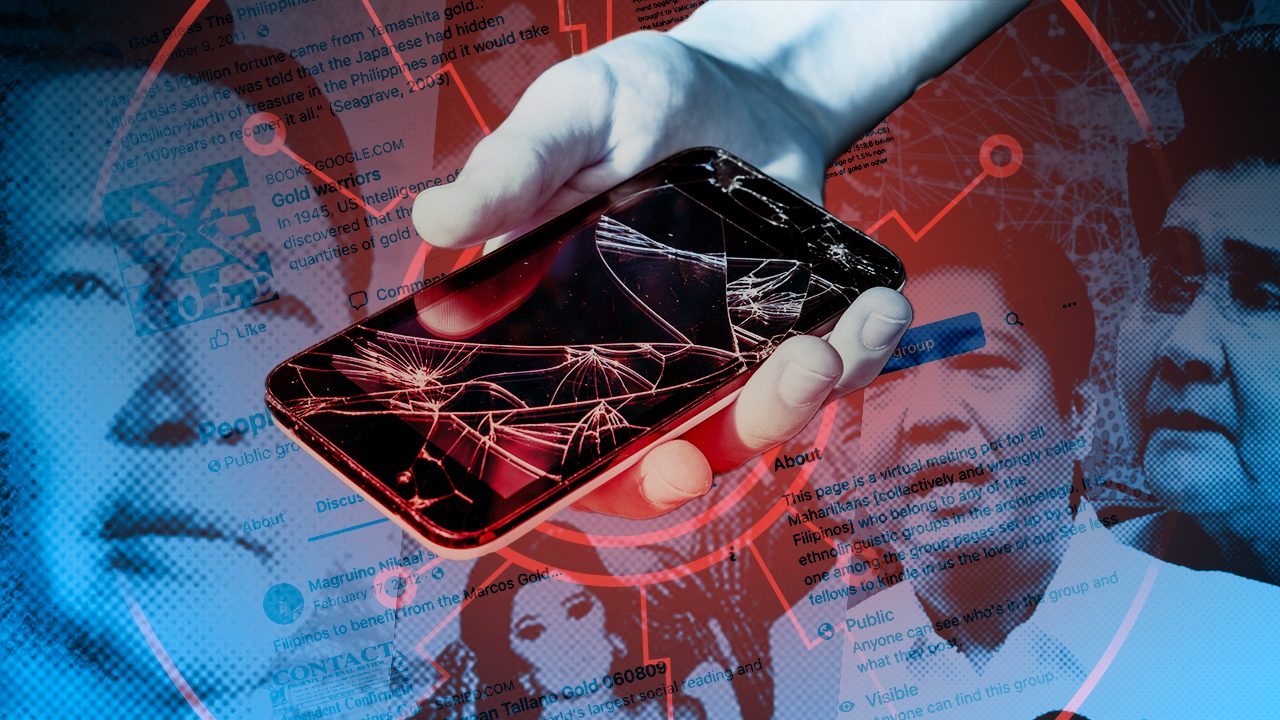 Facebook Twitter Copy URL
Copied
The rehabilitation of the Marcos name has come about through networked propaganda, attacks against the media and the opposition, and platform manipulation, among others

MANILA, Philippines – As the 2022 polls inch closer, the online landscape becomes more difficult to navigate due to the deluge of disinformation that has favored the frontrunner of the presidential race – the dictator’s son, Ferdinand “Bongbong” Marcos Jr.

Marcos has maintained a wide lead over his opponents even though he took longer to ramp up ad spending, is perpetually absent during presidential debates organized by major media organizations and the poll body, and has faced plenty of controversies involving his candidacy, his educational background, and his estate tax liability, among others.

How does he sustain and gain support online? His camp and his supporters employ tactics that involve spreading lies and utilizing networks that platforms are too slow to stop. It is a years-long effort that will come to a head on May 9, when Filipinos will cast their votes.

Here are Rappler investigations and reports on the many ways propaganda and disinformation related to the Marcoses thrive on social media, how platforms either respond or allow it to happen, and how the Marcos family benefits from the lies and manipulation.