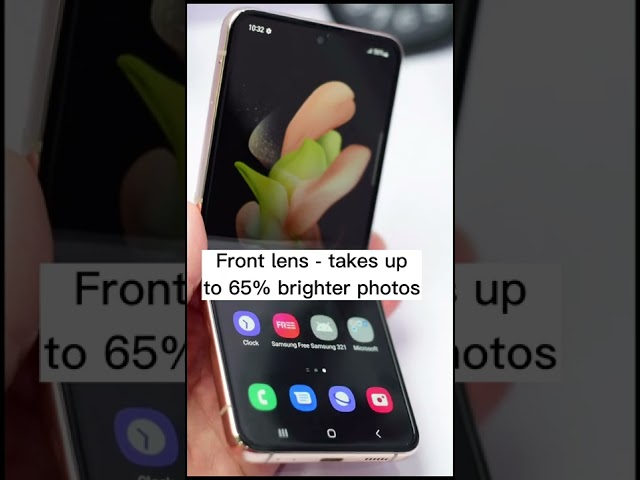 MANILA, Philippines – Samsung on Wednesday, August 10, officially announced the next versions of its foldable Galaxy Z Fold and Z Flip phones, the Galazy Z Fold 4 and Z Flip 4, at the August iteration of Samsung Unpacked 2022.

The Fold is designed for those who want the screen real estate of a tablet with the portability of a traditional smartphone, while the Flip harkens back to the classic flip phone form factor albeit with an all-screen front.

Last year’s Flip 3 and Fold 3 were known for having considerably lower prices than their predecessors. The price cut had since proven effective in terms of sales. UK-based Omdia research firm found that the foldable market grew over 3 times in 2021 compared to 2020, with 9 million units shipped – 8 million of which was shipped in the second half. The Flip 3 was the best-selling model, with 4.6 million shipped.

The Flip 4 has more incremental upgrades. It has a slightly slimmer frame, a bigger battery (from the Flip 3’s 3,300 mAh to 3,700 mAh), a 10% more durable screen, and a front lens that takes 65% brighter photos for night photography. Software-wise, it has better app compatibility in flex mode, with Samsung mentioning WhatsApp and Messenger specifically; and the ability to reply to text messages from the cover screen.

Aside from the price reduction of the foldable line, last year’s Flip 3 introduced IPX8 water protection (the device can be submerged up to 1.5 meters of freshwater for up to 30 minutes) – a first for foldables along with the Fold 4; and a larger, more usable cover screen. The original Flip’s cover screen had been small, and was limited in use.

The Fold 4’s biggest changes come in the form of improved zoom capabilities. Its optical zoom improves from 2x to 3x and its digital zoom improves from 10x to 30x. The wide lens on the rear is getting a big resolution bump as well from 12MP to 50MP, and takes 23% brighter images for night photography. Its screen is also 10% more durable, according to Samsung.

It sees a bigger weight reduction as well. The Fold 2 weighs 282 grams, the Fold 3 weighs 271 grams, while the Fold 4 weighs 254 grams. It now weighs around the same as its main folding rival, the Huawei Mate Xs2, which weighs 255 grams. By comparison, the iPhone 13 Pro Max weighs 238 grams.

It also now sports a PC-like taskbar at the bottom for easier app switching.

Samsung also introduced the Galaxy Watch 5, and the Buds 2 Pro at the same event. – Rappler.com

Catch up on the latest smartphones using this Lazada promo code.